Grass grows back after a long haul, and I wonder why we mow. Is it to feel that sense of conquering, or does that come from millennia of mowing itself? From the need to not be bitten by the rats of night? Whence came the rats to begin with? Certainly not with the forest sprites. No, they sailed in on the ships of the unconscious, crawling between decks and lobes, gnawing on the tender bones of civility. We let go, and all the walls come tumbling. Who wore that letter really? Who drove the sturdy stigma-child to ground? A moment of peace surrounds us once the woodland settles, once the church is burned; but then the human conflagration starts, not the sear of flesh but a tide of idiots rioting for structure once again. And so the mowing rears, and mauling and mangling, the mǣthing that becomes the terrible spirit of our kind, without which we would be but stalks, but swaying fronds.

SAVE THE DATE  ::  My new book of flash prose Sudden Windows will be released on June 19, and I couldn’t be more excited. It’s my first full-length collection since Poems for Teeth, containing 85 pieces resembling rectangles – unless you fall into one, of course, whereupon you’ll be briefly in another world. Prose poems, vignettes, mini-rants and diatribes, call them what you like and I’ll call them windows. Published by Zeitgeist Press, with awesome cover art by Drew Morrison and a fabulicious cast of readers to kick it off in June. Deets on the Events page, and more here next month.

ONGOING  ::  Parallax Poems, my exhibit of text art at Nomadic Press, has been extended into May. Not sure when the closing date will be, but I’ll post when I know on the Events page. So if you haven’t had a chance to check it out, you can do so simply by attending one of the consistently terrific word & music events at Nomadic Press in Fruitvale, Oakland, currently scheduled for every Friday in May. The exhibit contains three text installations, several blinklists, an angry palimpsest, an illustrated poem, an augury, and fourteen of the original and never-before-shown calligraphic glyphs from Poems for Teeth. I’ve made a Parallax Poems page for pics from the exhibit and opening, and you can go to the Events page for deets about the location.

I’m full of rage and if you don’t know that you don’t know me. Rage at the species, for all its pride and addlement and greed and viciousness and indifference, for all it’s ravaging and raping and scything and devastating, its ten thousand violences, its masks of fear and unnecessary pain. Rage at myself for not being able to curb any significant iota of that, at least no more than water can change the current. Rage at the universe for making everything so difficult, for letting you glimpse beauty just to kick you in the teeth. Yet the rage does help, it foments snapping and snarling and leaping to action and blocking the harm or the harm we can see. It spurs mowing, a cutting back when the fostered growth intrudes, impedes other growth around it, runs away with life and damns the world. And there’s the pivot between wild life and civilization – the herd run free, kudzu strangling the woodland, the crop gone to seed. When a fruit hangs too long on the tree, it fills with sugar past its prime, and its cells begin to burst, to rupture, and rupture each other, things get too sweet and it rots from within. That is called co-ruption, baby, the ruination of the orchard, and that is why we harvest, that is why we trim back the tract so as to live well within it, so that afterward it can grow again with health and vigor, and allow everything around it to do so as well. Chance the Gardener had it right, because if we want to grow things, if we want to grow ourselves in every respect, then we’d better keep up with the mowing, lest things strangle each other, lest we strangle ourselves with overgrowth, with pride, with ideology, with corruption, with war.

Societies exist under three forms sufficiently distinguishable. 1. Without government, as among our Indians. 2. Under governments wherein the will of every one has a just influence, as is the case in England in a slight degree, and in our states in a great one. 3. Under governments of force: as is the case in all other monarchies and in most of the other republics. To have an idea of the curse of existence under these last, they must be seen. It is a government of wolves over sheep. It is a problem, not clear in my mind, that the 1st. condition is not the best. But I believe it to be inconsistent with any great degree of population. The second state has a great deal of good in it. The mass of mankind under that enjoys a precious degree of liberty and happiness. It has it’s evils too: the principal of which is the turbulence to which it is subject. But weigh this against the oppressions of monarchy, and it becomes nothing. Malo periculosam, libertatem quam quietam servitutem.*  Even this evil is productive of good. It prevents the degeneracy of government, and nourishes a general attention to the public affairs. I hold it that a little rebellion now and then is a good thing, and as necessary in the political world as storms in the physical. Unsuccesful rebellions indeed generally establish the incroachments on the rights of the people which have produced them. An observation of this truth should render honest republican governors so mild in their punishment of rebellions, as not to discourage them too much. It is a medecine necessary for the sound health of government.

REFLECT  ::  What can I say, the East Bay lit scene is still rockin’ like there’s no tomorrow. And there may not be. I used to write a reflection here on an exceptional reading/event or two I’d been to during the month, but now I seem to find myself at an exceptional event once or twice a week at least. I count sixteen literary/musical events attended this past month alone – beside my own art opening, went to ten readings, one lit festival, two book releases (out of five that I know of), the Beast Crawl Hat Party (for fundraising and debauchery), and a fab anarcho acoustic music show – with more than three times that on my calendar. Some of this is due to the exceptional peops organizing and publishing over here right now, e.g. JK Fowler and Nomadic Press, Paul Corman-Roberts, The Octopus Literary Salon, the Beast Crawl tribe, Naked Bulb, Pandemonium Press, Lyrics & Dirges, Poetry Express, the Oakland Book Festival, the Berkeley Poetry Festival, a slew of awesome indie bookstores, and many others, I could go on and on. Sure they’re all helped out by the growing diaspora of San Francisco writers and artists driven out by the slavering behemoth of corporate greed, but it’s a remarkable moment well beyond that, because it’s not just the numbers, it’s the energy. Case in point: there was a new and top-notch Lit Festival this past month at the San Francisco Art Institute called Write of Way, an eight hour affair organized in just a couple of months by Miah Jeffra and others. It featured 30+ organizations each with their own event, over 100 readers, and dozens of book tables, with more than half of the participants over from the East Bay. And for the final couple of hours, almost everyone remaining was from East Bay, shining with glamorous stamina. On the back of the festival booklet, the organizers thanked “the wonderfully supportive and collaborative literary community of the San Francisco Bay Area” (appropriate but notable for the inclusion of “Bay Area”, which hasn’t commonly been the case in the past), and noted, “The arts are struggling to survive in this current regional economic climate, but that doesn’t mean they are dying.” True true, and far too tactful for my taste, since something else is really quite thriving – greed, greed, greed. But we already know that, and it’s boring, really, or would be if it weren’t so life threatening – to so, so many, artists included, especially those who can’t afford to move and are displaced anyway. But the art isn’t dying, no it sure ain’t, it’s on the run, settled momentarily in the Oakland art-lit scene TAZ, where we are taking hold like there will be a tomorrow. And there very well may be, at least for a time. And if they do drive us out (unless that well-deserved 9-point drives them out first, wouldn’t that be grand), well, we’ll just pack up and move on, most of us, like we always have, leaving them scratching their cash-stupefied heads and gibbering, “Where did all the cool people go?” And that’s okay, because we’ll decorate the world around us wherever we go, yay!, and they, well they’re barely human, and don’t deserve us anyway.

After math, it rains.

REFLECT  ::  I continue hiking under the delusion that it is healthy, but also of an absolute certainty that I enjoy it anyway. Goddamn that air is fine. After backpacking in Point Reyes in late Feb, I took a break for a while for the dumb stupid hand surgery I’m not sure I should have gotten, and started up again a few weeks ago. Took a sweet little walk along my fave little trail in Tilden Park in the Berkeley Hills to warm up, strolling astride the steep-valleyed creek at the eastern end of Wildcat Gorge Trail. I love that creek, with lots of water and everything these days. Yay! Last week was visiting relatives up in Sonoma County, and my cousin took me out to Shiloh Ranch Regional Park for a couple hour wander. The hills are green, green, green like they haven’t been for years, and we soaked that right in. Still feelin’ a bit green-blooded from it. And headed this coming weekend yippie-ki-yay out to good old mind-blowing Yosemite for a bit o’ campsies with a friend and a weekend of walking in massive glory. Holy moly what a life, what a hard life it is, and what a pleasure with a few walks in between.

And then I have a perfect day, as perfect as might be, at least, sunny breezy, no work or urgent tasks, brain chemistry momentarily kind, people pleasant, (I pleasant), even the pain not bothersome, and I think, this is like grass growing. I love growing grass, the green, the smell, the lush, the lying in face down, the sprawling. Moments like this I almost think life is for sprawling, for stretching out and soaking in, like a cat, like grass. Is this a flash of clarity, the illusion of leisure, a memory of the child-body, a bloom of pheromones, none of the above? Is it just what it is – a living pulse in the heart of day? I’m sitting in a café rolling in meadow, heather-haired, breeze-borne, earth-merged, breathing. For a moment the scything dry has passed and rain has soaked us through. For a moment, I’m alive. 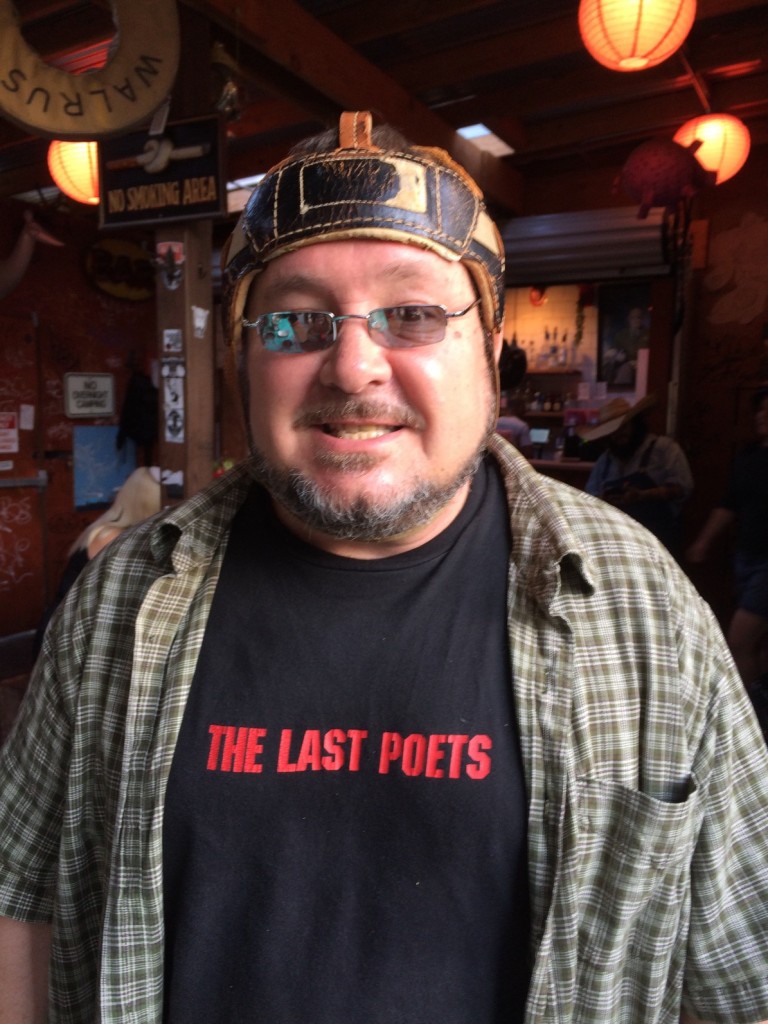