High on a spiral stair that leads nowhere I sit and think about the spirals of my life. Forces delicious and dun pulling in every direction. Our lives are seas, are spirochetes, are flourishes and fields. How many ways must we prosper? How many ways must we yield? We find each other at dusk, reaching through particles, and almost instantly dissolve. And when the weather deems it, we evolve. I sit high on a spiral stair that leads nowhere, sliced by ceiling and an architect’s eye, remnant of necessity and style left to the river that moves invisibly through this structure. Through this glass and steel. Eye to eye with ancient I-beams, huge and shining blackly of the mind though lifting far more than mind could aspire. Concrete sky, and a need to fight gravity. We have come less far than birds. High on a spiral stair I spin with the continent, impervious to nothing and mixed with the loam of flesh. The breeze of breath. Only by hovering above can I sink. Can I merge. Can I dream. Then I descend, and prey, and forage my days.

ANNOUNCE  :: I’ve received a super review of Sudden Windows, my recent book of flash prose, by Heather Lang in The Literary Review. Click here to read it. I’m honored that Heather spent some time with my work. We work hard, and when someone does that, it means a lot. Thanks so much! If anyone out there has enjoyed the book, feel free to post a mini-review (or even a kudo) on the Sudden Windows Facebook page. I would be equally honored and will send you excellent energy. You can also buy a copy, should you be sadly bereft, through that page, or directly from Zeitgeist Press. Yay!

ANNOUNCE  ::  I’ve got pieces in two more online journals this month. I don’t know where this rush of online pubs is coming from, but I refuse to complain. I just won’t. First, I’ve got two poems, “Destiny”, one of my Flowers of Oakland series that prognosticates the triumph of flowering vines over mankind, and “3 Minutes”, a prose poem designed to exemplify three minutes of time, in the Spring 2017 issue of The Marsh Hawk Review. Thank you, editor Mary Mackey, for choosing them! Just click on the title to get to that issue. And I’ve got one of my recent political poems, “remember:”, in volume 2 of Poetry Expressed, the annual online journal by the producers of Berkeley’s long-running weekly reading series, Poetry Express. Thank you, thank you all! You’ll find further info on the journals on the Anthologies & Journals page. Sweet reader, please give them a gander.

In most dictionaries, “helix” falls between “helium” and “hell”. Or maybe it’d be better to say extends between. “Helix” comes to us through Latin directly from the Greek, meaning “spiral”. We often also use the phrase “double helix”, as most know, to describe our DNA structure. “Helium”, of course, refers to the common gas and element, derived from the Greek “helios”, sun. And “hell”, not surprisingly, goes back deep through Old English and beyond, referring to a place covered up by earth, related to “hole” and “gaol” – all places of darkness, a place in the earth away from the sun. So when I see or use the word “helix”, I always think of us, humans, life, stretched between darkness and light, earth and star. Extending between them. Connecting them. Embodying them both. The body filled with both. And connections like that, beauty like that is the reason that I love reading dictionaries. Of course I mean the book kind, you know, with paper and pages and all those old-style things. And beauty like that is just one of the ten billion things lost to the online generation with their instant definitions and spellcheck and hyperlinks. Not that these don’t have value, they do, but they shouldn’t be simply replacements. They can’t, in fundamental ways, replace books. Read dictionaries.

ANNOUNCE  ::  On two Saturdays in April, I’ll be reading at release parties for a couple of fab journals. First, on Saturday, April 15, I’ll be at the unveiling of the very first Naked Bulb Anthology, which comes out of Oakland’s own more-than-fabulous Naked Bulb reading series. The book contains the work of 23 local writers, and any and all of them might be reading at The Night Light in downtown Oakland. Plan on being at this kickass event. Then on Saturday, April 22, a mere week later (and I mean mere), Full of Crow magazine celebrates it’s past two issues with work from their most recent contributors at The Spring Murder at Nomadic Press in uptown Oakland. That one’ll have about a dozen readers spewing crow in every direction. Who could miss that? Certainly not you. Deets for both reads on the Events page, and more about the publications at Anthologies & Journals.

REFLECT  ::  Was a crazy magnet for a day this month, which is much better than in New York where it happened to me on most days. Had two disturbed people blow up in my face on one day. First, one of my neighbors down the hall in my apartment building, a young woman, accosted me loudly and at length outside my apartment, accusing me of oppressing and trying to intimidate her (it was the first time we’d met in person). In truth, my doorbell had been ringing for weeks with special instructions on her many deliveries (sometimes five or more a day) to ring my apartment to be let into the building. I’d left her a couple notes to get this to stop. The first note, after numerous rings, was irritated, asking her not to have her packages delivered to my apartment, to which she responded with a vehement note denying any knowledge or responsibility. My second note, after several more delivery rings, was polite, suggesting that she might have a typo in her accounts (though the deliveries were from all different shopping sites and through different carriers). She responded with an even more vehement denial and of knowledge and responsibility. Finally I went downstairs and photographed one of the delivery person’s tablets, which had the instruction on it five times, and put that on her door. She responded with a really nasty note, and a couple weeks later (the rings were still happening), had her father, who pays for her apartment and apparently all of her online shopping, knock on my door to have a “talk” with me. I explained what had been going on, and showed him the photo of the delivery tablet. After that the ringing stopped. Nonetheless the first time she spotted me going into my apartment, weeks after the last note, she ran up shrieking at me and demanding an apology. You could have cut through the entitlement with a machete. I’ve since learned that she’s incredibly rude to everyone in the building, but apparently I’ve gotten the special position on her list. Yay me. On the same day as her accostment, a sadly delusioned person who hangs around the literary community attempted to assault me at a reading. This was not without context. About a year ago, he suddenly stopped interacting with me, and I mean completely. When I’d approach him to say hello, he’d pretend that I wasn’t there, even if I was right in front of him. The behavior fell somewhere between childish and creepy. I knew of no reason for this reaction whatsoever, and in fact barely knew him beyond saying hello. Turned out that I’m on a healthy list of writers that he does this to, numbering around eight at least last summer. Apparently he suddenly decides that someone is a “very bad person”, then pretends they don’t exist. He does, however, go around telling other people in the community that they’ve done horrible things to him – at least that was the case with me – though he’ll never reveal what. Most people know that he’s delusional, and pay him no mind, but some don’t know him that well, and take his accusations seriously. (Almost no one that he does this to knows him much at all.) I never found that bit of libel very agreeable, but as I often do with crazies, I let him be and figured he’d dig his own grave. Still he hangs around, occasionally reading one of his five stories about beautiful women seducing him, and on this particular night, just hours after the crazy woman in my building accosted me, he saw fit to run up and dump a pint of beer over my head at a reading. The mid-reading break had just started, and I was sitting and talking with someone and didn’t see it coming, but my instant reaction was to say, “You did that on purpose, motherfucker.” Didn’t even have to think about it – it just came right out. His immediate reaction was to lunge at me, yelling, “What did you call me?” Fortunately he was stopped by several folks who were standing near, and was ejected from the reading, shrieking, “He called me a name! He called me a name!” He claimed later to have tripped, but those who were watching say that wasn’t the case, and that it was an obvious attempt to create a confrontation. All of which leads me to wonder: what the hell causes one to become a crazy magnet? I for one have no idea. Like I said, this used to happen to me all the time in New York – if there was a disturbed person acting out on a subway train, they would beeline for me. I could fill a book with the stories. I don’t mean in any way to disparage the mentally ill, including those mentioned here; it’s an often excruciating condition, and I despise the incredibly shitty infrastructure for dealing with it in this country (both paid and subsidized). But that’s not the issue here, which is, why in fact are such people attracted or magnetized to me (and to certain others, I know I’m not the only one)? Is it that I have mental health issues myself, however well I seem to present, and am often very vulnerable? Is it pheromones? Is it electro-magnetism? Mercury retrograde? Saturn returning? Uranus in hot sauce? Something I ate? The moon? Doubting the latter, at least, since these incidents happen at all different phases, so I’ve often noted, and this recent occasion was a boring half-wane. So what is it? I don’t know! But I’m open to suggestions. Anybody have any ideas?

April slithers in the door like a rain snake looking for a warm floor to rest on, like an ant brigade seeking safe haven. Out the window it clambers and flails as the air water and space fire dance their battle for the sky, singing the song of the flux of the world. April rears and splays, draws plants out of loam, buds out of long cold wood, charges cocks and clits with its turbulence, manifests hope even in the most heartless of times. April allows, but does not forgive, sends cheery folk into the sunny hills to tramp in deep mud tracks. April shoves clouds into birthday parties. April kicks the blankets off so you can wake to a 5 a.m. shiver. April breaks the final ice, then throws a little extra. April reminds us that nothing is final. April rebodies us after the cocoon, and we writhe, we tithe, we fly. April plants a January birth. April plants the crooked path that leads us to our next home. April plants. 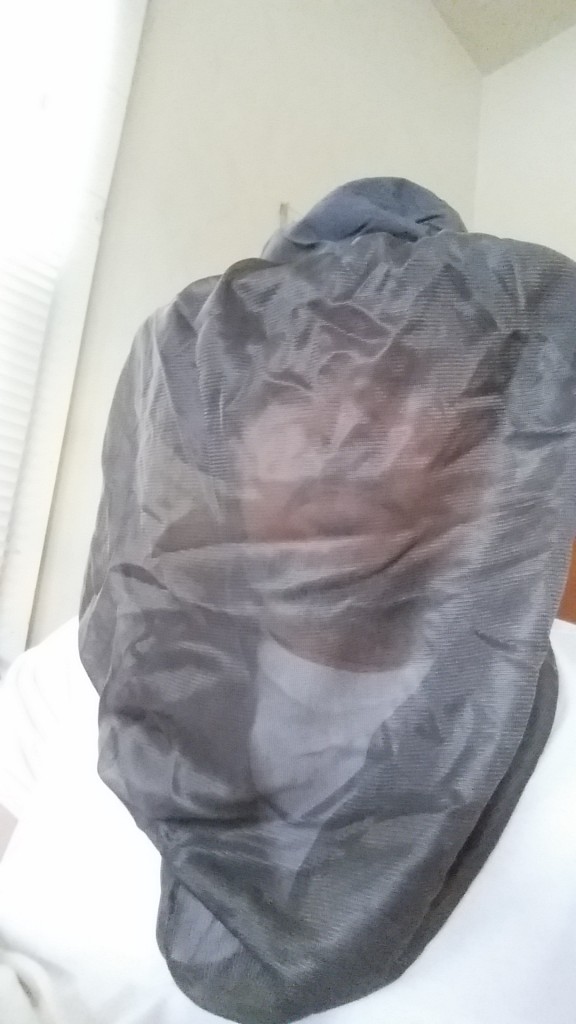