I write myself out of a box and write myself into another.  I have two mouths, one on either side of my face, and they are both singing.  This is a condition, a condition of being.  Our neighbor, who was lost in the floods of Oaxaca, used to spin the finest pots in town.  Now he collects sticks at the bottom of a stream.  That is a box too, though one with crumbling sides.  Why don’t we just go out dancing for a change, and let loose in the chambers of the world.  That might be better than sitting at home waiting for rain, or at least healthier.

REPORT ::  Since the start of the year, I’ve been waking up filled with adrenaline, and I carry it with me through the day.  I probably sleep with it as well.  And I gotta say, it’s getting old.  They call it an anxiety disorder, maybe from PTSD or some kind of imbalance; I call it a pain in the ass.  I normally have ten projects going at once; now it’s hard to focus on one at a time.  I often have a slight taste of copper in the back of my mouth, or the scent of stale cigarettes with every breath for days.  I jump at sudden sounds.  My receptors are oversensitive, my eyesight often blurry.  Yes, I’m doing all kinds of things to deal with it – shifting diet, trying to get more exercise, seeing therapist, reading and taking some Kaiser classes on anxiety and other such humdrum, doing a bit of meditation, taking a little sertraline, all of which so far has managed to dull the sharpest edges of it.  But it’s still there every day, like a ranting child.  No need to send sympathies or advice, as I do have a game plan, and am pretty introspective at this point.  I’m just reporting my experience, as I would with any notable event, but also to explain why I’m not currently taking on additional projects or responsibilities, so that I can focus on flushing this through.  And I’m sure it will pass, and have been through such and similar things before.  In fact, I suspect that the next phase will be productive, focused, full of clean energy.  In the meantime, I slog through.  It’s annoying, and distracting, and it’s also fascinating, because this is life.  This is life in the body.

The arrow in the gut points outward, saying:  go, do, splay.  We follow it as ducks in a phalanx, knowing:  must, brew, play.  Tumbling over earth and cars, we chant of ballyhoo and balderdash, while ants and snakes overtake our homes.  We are livid, we disdain, we lord it over lavender in lace and see our lordship as intrinsic verity, when in truth it’s more the bungee cord of urge hooked to the sternum by a slapdash god, by a molecule mixing itself a stiff drink.  Are we fucked by fate to gnaw the edges of the furniture until the whole claptrap comes down?  Can we choose to cheat the chessboard and rebuke our nerves to build a common hearth?  I’ll send you to the sea again for that one, to listen, listen for weeks to what it has to say, until you know exactly what you need to do.

REVIEW  ::  Every so often I come across a book whose magic takes me with it like a river.  I’ve just had that experience with Where’s Jukie?, a collection of poems by Andy Jones and essays by Kate Duren that portray and celebrate their relationship with their son Jackson (nicknamed the eponymous Jukie).  Jukie was born in 2001 with Smith-Lemli-Optiz Syndrome, a rare disorder, along with regressive autism, which have helped to make him a big energy, non-verbal, highly intuitive person.  When I picked up this book, I guessed that it would be interesting, full of sadness and challenges, and appealing to other folks with special needs children.  It turned out I was right, wrong, right, half-right, and totally guessing in the wrong direction, because it’s so much more than that.  These pieces are foremost a celebration and a window on a life filled with fascination and utterly without assumption and preconception.  There is great interest here, yes, and great challenges, and beyond that an intrepid joy and humor that should cast a new light on anyone and everyone who reads it.  They don’t skimp on the chaos, as Andy notes in “Birthday Boy Wakes Early”:

The boy celebrates his birthday by waking early and throwing Legos at the twirling ceiling fan,
by doing handstands on the top shelf of his closet,
by putting on all his pajamas at once,
by removing the drawers from his dressers,
by removing the handles from his dresser drawers and then hiding the screws,
by bringing in the Sunday paper and reshuffling its pages,
by pouring three glasses or milk and forgetting where he has left them…

Which makes me feel:  I want a birthday like that!  But even more, I want a patience and perspective like that. The authors document the first ten years or so of Jukie’s life, filled with fears and revelations, medical and legal challenges, games and chaos with his younger brother and older sister, awkward and hysterical antics, whole new ways to communicate, and enormous learning on the part of all.  The boy has great energy – he has climbed their eight foot fence and run miles into town to his favorite park to play – but his parents, the writers, show all the more, enormous, caring, seemingly endless.  And that’s what really carried me away.  This book is not just for parents in similar situations, but for anyone who has encountered challenge in life (um, like most everyone), and it does much more than illustrate resilience, perseverance, and hope – it passes them along.  Here’s how Kate sums up their experience in her opening essay, “Meet Jukie”:

I’m not sure how many times I’ve heard from friends and strangers alike, but I’d guess it’s well into the 100’s – some version of “Jukie is really lucky to have you guys.”  People mean well, and I know that’s true.
We love, love, love our boy and give him all that we have to give.  But, honestly, I truly feel that we are the lucky ones to have been given such a special spirit, all wrapped in an adorable redheaded package.  I feel as if I know secrets that most don’t know.  And I am so incredibly grateful – for all of it.

Wow.  Read this book and take to heart just a few of those secrets.

Grub in mouth, you flit from twig to twig seeking an agreeable purchase.  All you want is the chance to wake secure, to dart unimpeded through clear air.  You watch, you sound the song of the crunching world around you.  You trill.  Yes, you are starling, for a moment.  And what am I?  Silly words!  My heart is beating in your chest. 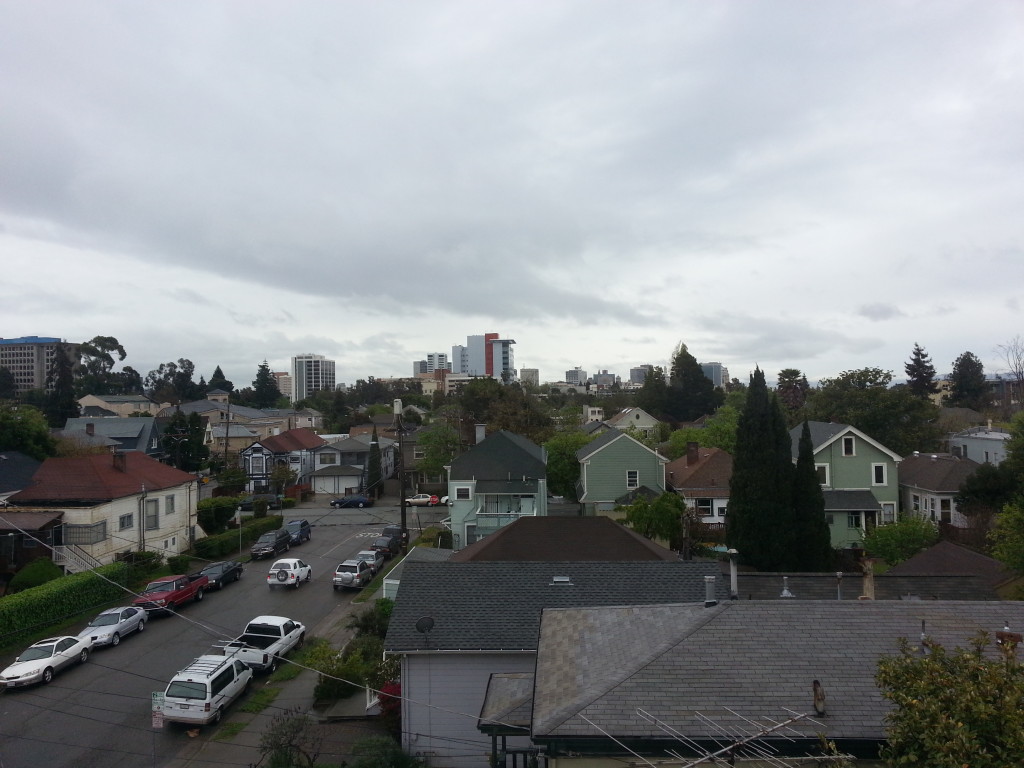