There may or may not be a sun. Okay. What are you worried about? You still have your Cheerios in a bowl. You still get to root for your sports team. You still want that really nice car. Life goes on, and there’s a song in your ear, a cat crossing the street. It looks like rain. The sky is dark today. Of course there’s a sun, you say. Of course these are my shoes. Of course that guy glared at me. I don’t have time for this. Get outta my face.

RECENT PUBLICATION  ::  I’m very pleased to have my tribute “Postscript for Julia Vinograd” published recently in Poetry Flash, alongside Richard Silberg‘s “Flying with ‘Julia’ Poems“, remembering her from his perspective. Those familiar with these Home Page posts will recognize that it evolved from the piece I wrote here in December, and in fact starts the same way, but became it’s own creature. In other words, I rewrote it for more general publication and it turned out quite differently, and better. If you enjoy the earlier homage, you might well appreciate this as well, especially in you’re interested in how pieces mature.

UPCOMING READINGS  ::  A few readings and events coming up in February, to wit. On Thursday, February 14, I’ll be hosting the Babar in Exile #17, this time featuring Babar favorite Bruce Isaacson, up from Las Vegas with a group of the hottest poets happening in Sin City right now. Yes, Las Vegas has a rockin’ poetry scene, and here’s your chance to check out the rockinest! We’ll have the amazing Syd Stewart, James Norman, and Heather Lang Cassera in a rare appearance in the Bay Area. They’re all also the latest Zeitgeist Press authors, carrying the Babarian torch into the 21st Century. This is history, folks, so DO NOT MISS IT. As usual, at 7pm at the good ol’ Octopus Literary Salon in Uptown Oakland. ::  On Saturday, February 16, I’ll be doing presentations for the Poetry Track of the San Francisco Writers Conference. The Conference has a new format and place this year, and the Poetry Track is all on one day and has a smaller fee of $195 for folks who just want to attend those events. There are still registrations open, so if this sounds of interest, click on the SFWC link above and check it out. It all takes place at the SF Hyatt Regency Embarcadero. That evening, I’ll be hosting a Poetry & Jazz Party in the Atrium that will be free and open to the public. It will feature performances and backing by the fab jazz-poetry band COPUS, featured readings by the presenters for the Poetry Track, and an open mic for all (with some slots to read with jazz). Guess I’ll have my fancy pants on (which means I’ll wash my jeans). Come on by for great poetry and music, or click on through to register for the conference. Word on!  ::  And on Wednesday, February 27, I’ll be hosting the second installment of #we, my new talk and reading series of queer perspectives. This time Lambda award-winning poet Jan Steckel will give a talk entitled “Bi Babes in the Woods” and will read a selection of poetry, and intersex writer Tom Odegard will speak on “Being Intersex”, followed by a selection of poetry. A Q&A and chat time will follow. Again at the fab Octopus Literary Salon, Oakland’s pillar of free speech and beauty (and a damn fine cafe). Please stop by for a very interesting and informative hour. Free of charge and a hat will be passed.  ::  Deets on all of these can be found as usual on the Events page.

REFLECT  ::  Though I was born right by Philadelphia and grew up not too far, I’ve only spent a couple of days there in my sentient adult life. One of them was in mid-January. Rented a car and drove up from Jersey for the day. It was icy cold and I hadn’t packed well. Had lunch with Lonely Christopher and Samuel Delany in the gayborhood, followed by coffees a few blocks away. Hours of great conversation. We all exchanged books. A moment of writer-nerd heaven. Chip Delaney passed along a copy of The Magic, his brand new selection of early stories by Roger Zelazny, which are tremendous reads. Lonely passed along his fierce new book of poetry The Resignation, which he was debuting at a reading there that evening. Drove Chip home by the Rocky Museum of Art. Walked around a while with Lonely, both frigid. He wasn’t feeling so hot. Sat briefly in the Free Library to collect our thoughts and warmth. Had some life-saving phở. My fortune read: “Be careful! Straight trees often have crooked roots.” Took that to heart. Drove Lonely to the reading at the Sam’s Morning Glory Diner in South Phillie, which appeared to be a fab estab though not serving for the reading. Event: Frank O’Hara’s Last Lover Reading Series with Lonely Christopher, June Gehringer, and Emma Brown Sanders – all queer and all with new books. It rocked. No one even know Lonely was a death’s door. Turned out he wasn’t. Dropped him off at 30th Street Station to grab the endless bus back to Brooklyn, and drove back to South Jersey. It snowed the whole way home.

I make sounds and I think I’ve said something. You hear sounds and your hand moves. Your scalp moves. We came out of our mothers. Fuck, what a scene. What a noise that must have been. What a smell. Fecal and bloody. Digestive. We eat other living things. We force them inside of us. You call that fair? You call that? What sounds they made. They were born too, if that’s how you wanna say it. Carried. Spurted forth. Dirt in all of us. Came out wet from our mothers. Stinking. We make sounds. We think we know things.

REFLECT  ::  Spent three weeks in New Jersey, land of one-ply toilet paper. Okay, stop right there – it’s way too easy to make fun of NJ, it’s a stupid tradition, and I find the state in general really quite progressive and beautiful. Except for Jersey City. And the toilet paper. Went there to hang out with Mom and her dentist, because I’d gotten to the point that I couldn’t afford the dentistry out here. I’d had a very expensive implant, then in late November developed a particularly problematic abscess (no I’m not including pics) which was affecting an anchor tooth for a bridge, back of mouth. Well the bridge came out and the tooth couldn’t be saved, there’s some expense right there, and I needed a new bridge if the rest of my mouth weren’t to start falling apart. Not looking affordable though, until I realized that dentistry in New Jersey is less expensive in general. So I went back to have my Mom’s dentist prep and put in the new bridge. Easy-peasy, right? Wrong. Somehow two of the three dentists out here didn’t notice that the infection was thriving after antibios and extraction, even though I said something was wrong again and again. Same reaction from Mom’s dentist – they all said it looked fine. So I spent almost every day of those three weeks with throbbing maxilla through the day and night, taking too much acetaminophen (when I asked for painkillers, he laughed at me), and finally got sent to an endodontist who took one look at it and asked why this infection had gone untreated for so long. So on my last day in New Jersey, I got an unplanned root canal followed by a bridge placement on the same tooth, and had an exhausted and uncomfortable flight home the next day. As wrong as everything went, and it did go very wrong, mostly due to our wildly shitty system of treatment and specialization in this irrational, violent country, it also pointed out how increasingly untenable it is for me to live in the Late Capitalism-ravaged Bay Area. This was, I think, my first step toward moving, inhibited now by the giant dental bills I have to pay off. But I am, I have started, like Amazon, though there’s only one of me (in theory), and much less of an asshole, looking for a new headquarters, somewhere more amenable, literary, queer, and more livable than the standard American Urban Meat-Grinder – uh, City. Anyone care to be in the bidding?

You know me, I just… Well you do know me, don’t you? Wait, what? Why would you say that? I’m not like that at all! Why would you even think that? Don’t assume on me. You don’t like it when people assume shit about you, do you? I know it happens all the time, but does that make it okay to perpetuate the cycle? No, it’s not harmless. I couldn’t agree less. It’s a microaggression, it’s water dripping on your head, it’s a trickle of violence that makes way for a runnel that makes way for a river. You can think what you want about that, or about me. It’s not my job to change the way you think. Just don’t for a moment imagine that you know me. You don’t. You don’t fucking know me. 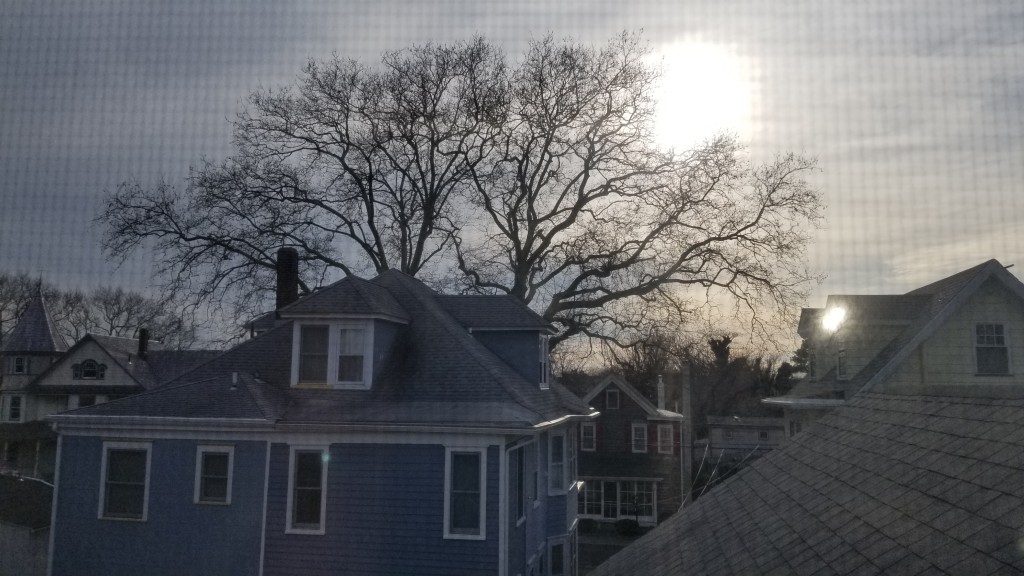