Pain and the Splendor of America

I’m wrapped in this flesh and I’m not sure how I got here. Or maybe I’m not. Maybe I’m leaking. Seeping. But somehow stuck. What the fuck. It wouldn’t be so bad if not for the planned obsolescence of the whole thing. The depreciation. The decrepitude. The constant death in chunks and the terror of those around you. The things that feed on you, and the creatures that trip and shove you to their advantage. To assuage their fear. Fear wrapped in flesh, full of spikes and hungry. Or maybe not. Maybe I’m not trapped or tripped or eaten. Maybe it just feels that way, and I’m really okay.

UPCOMING EVENTS  ::  Only upcoming event is up in Calistoga, Napa Valley way, at the Sarafornia : ENGAGE Calistoga arts festival that runs from April 4 to 7. This event is the Storytelling Speakeasy, taking place on Saturday, April 6 at an undisclosed location in downtown Calistoga – keep an eye on my Events page to find out where. So if you’re up that way, check out the whole festival or just stop by for wild words and drink that Saturday. I know I will. And I might have to spend the night. Will I tell a story? I don’t know!

To be a non-conformist in Western Capitalism is to deserve punishment. One of its primary channels is years of pain through shitty healthcare. Hell, even conforming gets you that deal. I’m not talking about Obamacare or not, I’m talking about who-gives-a-shit. I’m not dissing doctors here either, I’m dissing the entire structure, all of it. Pissing on people’s heads and laughing. And the more you non-conform, the worse it gets. I’m not talking about rad kidz and rad dads with their pretty bods and their right-on clothes. They’re not non-conformists, not most of them; they’re “progressives”, but they’re still (mostly) in the game. In the structure. I’m talking about those who refuse it, in one way or another, or many. The struct tries to wreck ya no matter what, unless you’re one of its pleasured elite, keep you down and crushed until it’s time to put you down for good. But for those who won’t play nicely, who won’t support it, it just tries to kill ya harder.

GROUSE  ::  Usually this section is called Reflect, but it’s really a grouse this month so I’m calling it Grouse. Generally low in energy and inspiration, not writing much, not musicing much, mostly playing Horizon Zero Dawn (NOT a waste of time at all!) and working on getting my business back in shape. I did have a great time doing the Poetry Track of the San Francisco Writers Conference last month, especially hosting the Poetry & Jazz Party at the Hyatt Regency with COPUS that evening, which was one of the best reading events I’ve been to in a long time, and I’ve been to quite a few. And our second installment of #we at the end of the month was genuinely gripping. But even still, feeling low of mood and disconnected from poetry and people, not really feeling the community, not feeling much, not terribly happy in Oakland but not in the mood to consider alternatives, so mostly I’m just hanging out hunting giant animalistic robots in a gorgeous way-post-apocalyptic landscape and curling up inside. Maybe I’ve just had too many good months in a row, or maybe I just needed to turn the volume down. Way down.

Ahh, America, what a beautiful blade you have hidden under your gown. I’d like to see you use it. Oh wait, you just did. What moves. What panache. I love seeing you in action, America, because it shows me what we are, the mystery of us revealed. What beauty you are. What teeth. You’re such an animal. You’re such a dance. You’re such a leading-into-fire. Such blood. Pungent and thick. No wonder we’re so turned on. 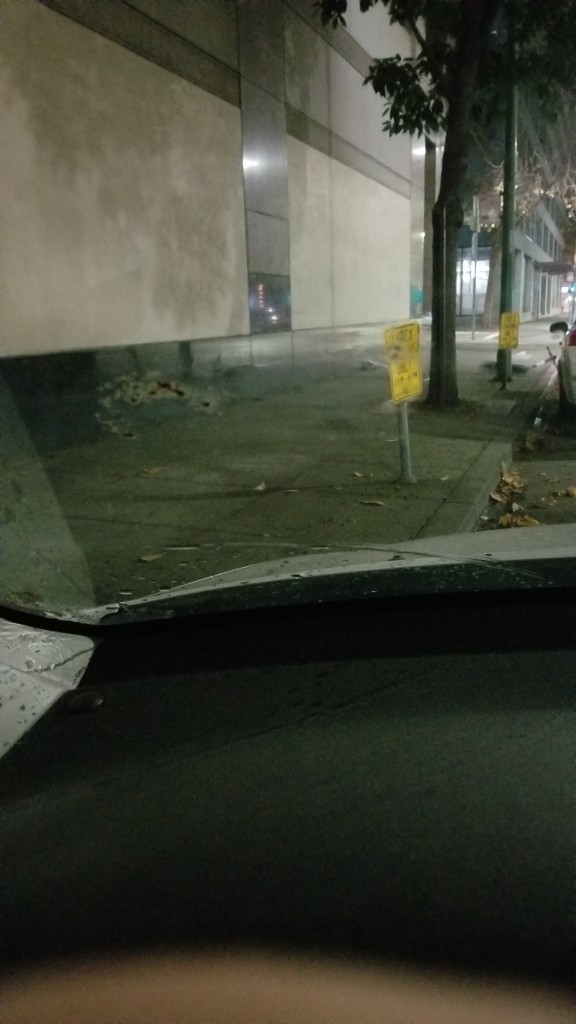