Swimming in bodies, oh yeah, this is quite a sexy writhe in the summer boil of sweat and flesh and oh that tastes good, not much air when you’re underneath but hey, this is the life, whattaya gonna do, might as well make the best of and goddamn this feels good, all those feet and hair and there’s a burger there’s a drink and hey don’t knock my whaddaya think yer oh yeah touch me right there ain’t this the best I can’t imagine a better world I can’t imagine

ANNOUNCE  ::  A few readings coming up this month, the first of which is super cool (unless it’s a hot day).  ::   On Saturday, July 21, I’ll be reading with quite a lineup at an ampitheater in the Armstrong Redwoods State Natural Reserve outside of Guerneville, CA. Is that serious or what? It’s sponsored by the California Department of Parks and Recreation, will go much of the afternoon, and would be an excellent time to breathe in some forest and take you a walk as well. Other readers include Dana Gioia (CA Poet Laureate), Maya Khosla (2018 Sonoma County Poet Laureate), Iris Jamahl Dunkle (Past Sonoma County Poet Laureate), the fabulous haikuist Amos White of Alameda, CA, and quite a few others. So if yer in the area, i.e. within 50 miles, get yerself outta town and swing on by for an epiphanic day of poetry in the woods.  ::  The other two reads are both part of a series of book launches for “The Shouldspeak Disease” (what a title!) by Elynn Alexander, fresh out from Naked Bulb Press.  The first is on Sunday, July 29 at Chapter 510 in Uptown, Oakland. Elynn will be reading, of course, along with myself and, as someone has noted, “a cast of unredoubted rogues, to be named or unnamed in the near future.” Keep an eye open for that naming and unnaming. The second, with a similar but different cast, will be on Thursday, August 2 at Alley Cat Books in the once-great city of San Francisco.  ::  Deets for all on the Events page, of course.

ANNOUNCE  ::  Very pleased to have a fave recent poem in the Naked Bulb Anthology 2017, fresh out from Naked Bulb Press. They name their anthologies for the previous year because they invite folks who attended the Naked Bulb freakin fabulous reading series during that year. This year’s contains 20 Bay Area poets worth turning a light on for. Yay for poetry! To check out a copy, go the the Naked Bulb Press site and send em a note. You’ll have that light on for quite some time.

HAHAHA, says the Wolf, Those tires are mine! HAHAHA, your feet are MINE, and eats them right up, Those toes are mine, those ankles are crunchy HAHAHA gimme that baby gimme that chair gimme that pie you piece of I hope you paid for that air HAHAHA you’re workin anyway there’s no excuse and I don’t wanna hear it I DON’T WANNA FUCKIN HEAR IT HAHAHA GET YOUR ASS OVER HERE AND SCREW THAT TOP ON GLUE THAT LABEL STITCH THAT POLO SHIRT GRIND THAT MEAT AND BOIL THAT MARROW HAHAHAHAHA, okay now march those stumps over there and sit in that folding chair here’s a cup of juice. 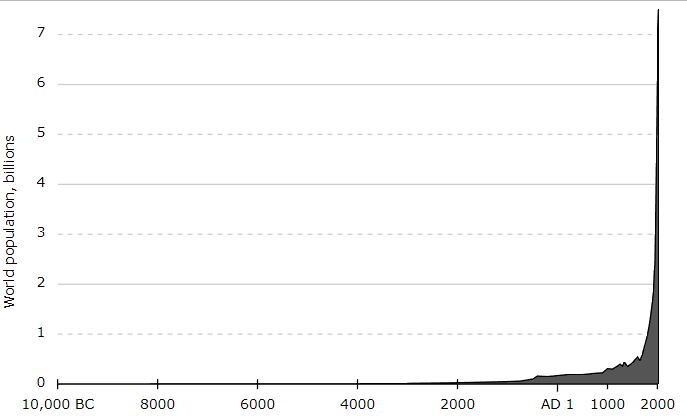 It’s okay for us to cover the Earth, you know, water did, plants would, and we’re a bit of both, aren’t we? It’s perfectly natural. Maybe it’s uncomfortable for some of us and other living things, but hey, a purpose is a purpose, a goal is a goal, and it feels good, huh, it feels right, so do it. Go forth and prosper, they say. Make It in the world. Be fruitful and multiply. Stake your claim! Nobody’s gonna do it for you. And when it comes down to you or them, we both know what’s most important, don’t we? Winning! Cause you know what they say, may the best man win. Winner takes all. Ya do what ya gotta do. It’s there for the taking. And when it comes to space, to the space I want, the space I need, to sheer acreage, I’m gonna do just that. After all, plants do, and I’m much better than them.

REFLECT  ::  Every Summer Solstice, one of the most amazing music events I know of anywhere happens less than a mile from my apartment right here in Oakland, California. That is the Garden of Memory, which proffers 40-50 contemporary and experimental musical acts playing simultaneously, scattered throughout a expansive columbarium at Chapel of the Chimes on Piedmont Avenue. Picture a massive three-dimensional labyrinth with many levels, made of marble, wood, and glass, replete with niches and hallways and small and huge spaces filled with plants and fountains and many kinds of light and acoustic surfaces, with music around pretty much every corner, some of it music you’ve never imagined. Soothing music. Hair-raising music. Reflective and deflective and inflective music. The event goes on for four hours, and you can wander and listen and wander and listen until you pretty much mutate. This was the fourth or fifth year running that I’ve attended, and normally that’s just what I do (they do provide a remarkably complicated map), but this year I decided to buck the crowds and just go to seehear several acts in particular, with the small goal of discovering a new fave act along the way. First in the main chapel and largest space, Dylan Mattingly warmed up the crowd for the day with some ecstatic improv piano, followed by the always-gorgeous Kitka, the women’s vocal ensemble who sing in many, mostly Eastern European, languages, and who are known to cause entire audiences to levitate. I then moved on to the fabulous Rova Saxophone Quartet, who blow me away every year with both improv and scored works. Then to a quieter, more instrospective set by The How Are You Feeling Project, a conglomeration of musicians and poets rallied by Hugh Behm-Steinberg, performing an hour of improv sounds to a script about the failing health care system. Alas, I only caught about half of that, because I also wanted to witness the improv sounds of Peter Whitehead, sequestered in the small but very acoustic Patience gallery. Actually got to read a couple poems alongside him, and honored I was to voice both with Peter and in that amazing space. Peter finished his set and I found myself weary, or maybe just quiet, and stayed sitting in the space (one could mediate forever in this place) while another musician set up – and unexpectedly achieved my goal, because this fella made some gorgeous and unusual sounds. That was Sidney Chen, SF singer and man of many artistic hats (he wasn’t wearing a hat). For this gig, Sidney played a number of hand-made pieces through a toy music box, those being various classical selections on hand-punched paper strips that play through the box. A pretty brilliant occupation and one I’ve never heard before. He accompanied some with his super-rich baritone, and also performed a couple of Meredith Monk pieces a capella (he sings with her vocal ensemble). I chilled to all this beauty and wrote an interesting poem, “Not So Still Life”, which I’ve put on the Fresh Words page this month. The vibrations of the day left me more than fulfilled, and a little more ready to face another year, as much as anything can. If you are anywhere in or near the Bay Area on Summer Solstice, I cannot recommend the Garden of Memory enough. It’s inexpensive, and if you’re not fond of crowds you should go early. It will change you.

Nobody talks about the population crisis any more, not many anyway and certainly not much in the mass media, and that may be the biggest tell the human race may have. For decades it’s been surmised and pretty much understood that overpopulation is the root cause of much of the strife in the world – war, famine, climate change, dwindling resources, socioeconomic chasms, racial and cultural rifts – or at least one of the primary causes. And yet this hasn’t been a central topic of discussion in public views and policy for decades. Perhaps, as some say, it’s a matter of mass denial. Perhaps it’s gone too far, is too great a force and can’t be stopped and we just don’t want to think about it. Maybe such a fix is too unsettling as a public matter. Maybe it’s widely undesired as a private matter. In fact there are many arguments about why nothing can be done, and very little noise about what could be. I titled this post “80 Billion People” because it’s actually a possibility, albeit to most an alarming one. Many scientists say the planet can support no more than 10-11 billion humans, and we’ll be there by the end of the century, if not sooner. But a few decades ago, that limit was much lower, and it sure seems like we’re unlikely to stop reproducing at an exponential rate. And who knows what we might look like at 80 billion. By “we”, I am speaking of the entire human race or species, of which I am purportedly a member, and for which I’m daring to speak as a whole, and which, despite my purported membership, I’m sure someone will be pissed off about. All that aside, maybe there’s another step to a fix that we haven’t yet considered. Maybe, in order to course correct, we need to radically redefine what we are, what we think we are, what we consider ourselves to be, even how we refer to or what we call ourselves. I’ve said for some time, and I believe others have as well, that the concept of being “human” may in fact be a goal or an idea toward which we strive, one which keeps us on a better path than otherwise, rather than what we actually are. Maybe we should consider what we actually are in relationship to that idea, that ideal, and what we might do in order to get there. Maybe it’d do us a world of good, and do the world some good, to stop considering ourselves to be human, in our haughty, reckless way, and start trying to become human. Maybe that way we might have a chance to evolve in an unexpectedly constructive manner, and figure out at least somewhat better how to live in this world and with each other. I say let’s go for it. 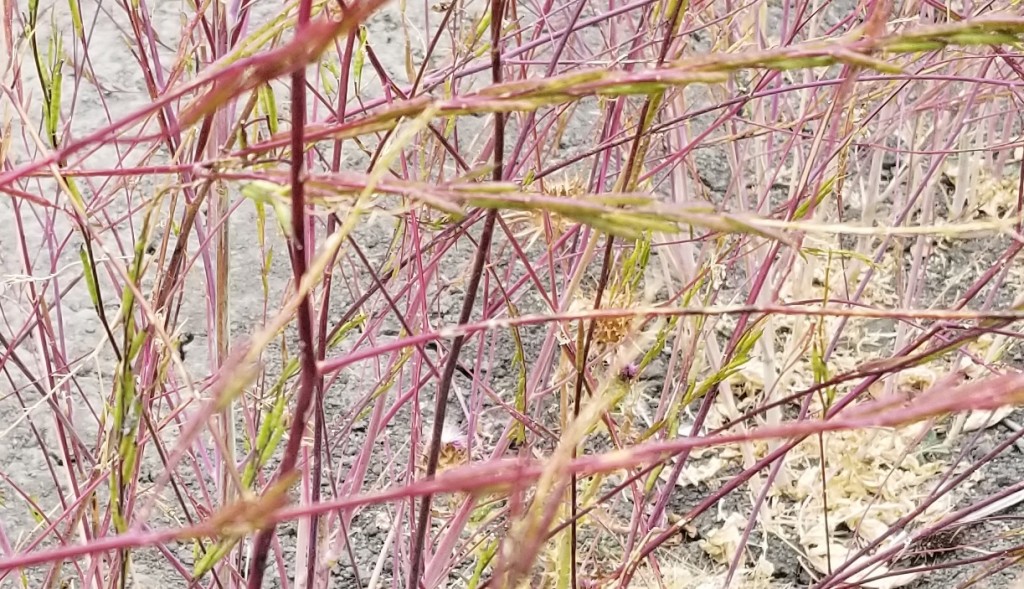