I’m foregoing my usual spiel this month to remember a vociferous and splendid poet and friend who passed away a couple weeks ago. That would be 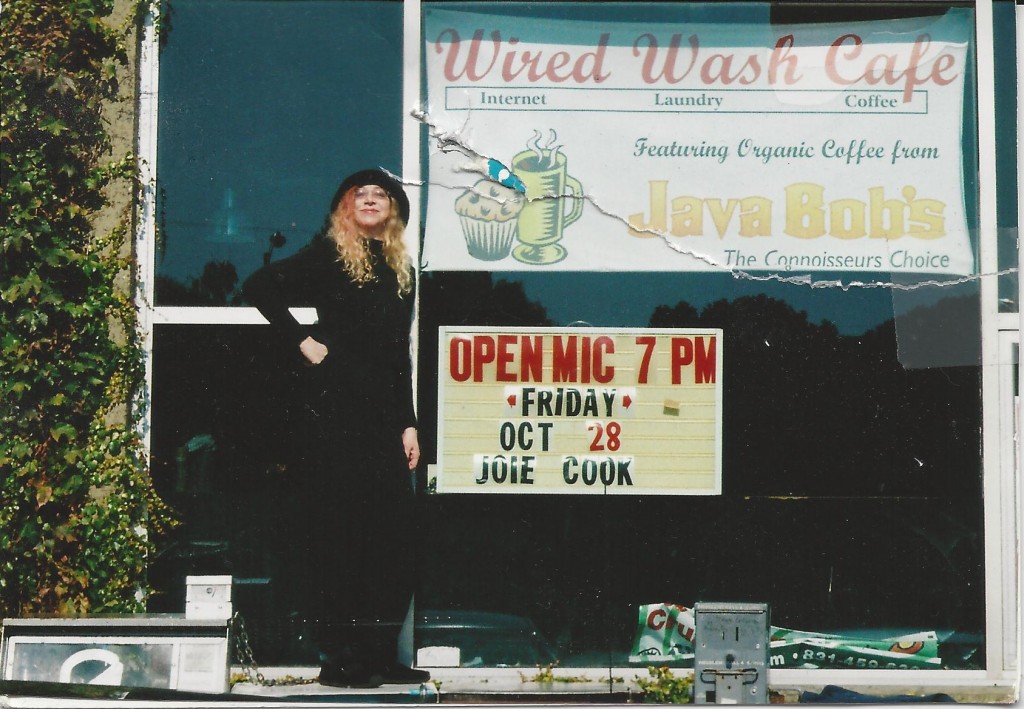 Joie lit up the streets and clubs and poetry venues of San Francisco for most of the last three decades, rocking rooms and roofs and alleyways with her non-nonsense verbiage. Performance poet to the core, Joie came up as a guitarist and singer, from jazz to the hardest of rock, and was also known for her lyrical and playful abstract and semi-figurative paintings, often displayed in the North Beach gallery scene. She was also a prolific correspondent, and many of her friends have collections of hand-painted cards (really mini-paintings) that she sent out frequently. I’ve included a self-portrait from one of those below. But she was mostly known for her ass-kicking readings, grown sadly scarce over the last few years as she battled a slew of illnesses, that turned venues upside-down and were in many ways the beating heart of San Francisco truth revealed. Click here to watch an awesome capture of Joie seething words at The Knockout in 2010.

Joie was one of the first poets (and humans) that I met after first moving the the Bay Area, at the Old Spaghetti Factory readings in North Beach in 1983. Our paths crossed frequently and giddily through that decade in cafes, clubs, parties, and reading venues citywide, including the Chelsea Square Cafe and Open Air readings (literally on Polk Street), the Meat Factory series in Noe Valley (which Joie co-curated with poet Laura Conway), Cafe Babar, and beyond. But we really connected after I moved back to SF in 2007 after a 14-year absence, and spent many hours in conversation, lamentation, poetry-sharing, word-playing, and just plain ranting. The time I spent with both Joie and her stalwart husband Dave Picariello, sweetness personified, made me feel more connected with my SF roots than probably anything else since my return. Many folks remember Joie for her hard nosed, straight up, no-BS performances, her wild antics, her outspoken tenor, but I will always remember her welcoming heart and open arms, and those many recent visits, where weary and washed up on the shore of Cookville, I would find her bounding to the door like a child on Christmas, exclaiming with glee, “Oh my god you’re here!” That to me is the flipside of Joie Cook that should never be forgotten.

Here are a few of her poems that have always struck me through.

YOU ARE WE WERE

You are
We were
A beautiful equation

Equal to the blooming crocuses
Of my childhood walks
Along the parkway
And we are
Can be
A new incarnation
As time swallows love
And love swallows time
Outside the fishbowl
Of still life poses
A tainted photograph collects dust
(an older rendition of our lost portraiture)
Where together
You are
We were
At least anything that
Screams as silently as possible:
“My name is forever, please remember me”
* * *
THE LEAVING PAIN
I recognized the fog or maybe it was smog
Twelve miles out of Santa Ana
Heading south from an otherwise decent climate
But the dust in the 2 a.m. air
Rose from the side vents
Of the U-Haul truck
Causing me to choke and spit
And pull over
To a liquor store
It was just industrial waste
My daughter said
So we drove
Until the surf
Held tight the belly of foam
Crashing with Pacific thrust
I left behind the memories
Put them on pause for an hour or two
Threw pennies into the ocean
For sacrificial good luck
In this new turf
Next day it rained violently
Like a cock fight in Maryland
My voice came back
There were planes overhead
Reminders of motion
And miles I had driven
That landed us here
I sat at the ocean
Then back at my barren house
Where the only objects were the books on the floor
I will read ‘til I vomit
I promised myself
Or until the dead surfers
Have swallowed the sea.
* * *
SHE IS FIGHTING LOVE
Like a dangerous promotion in a job she hates
Which would lock her into
Routine and ennui
Pushing her into an oblivious race
For time and tranquility
She is fighting love because it owns her now,
Penetrates each particle of bone marrow
And tissues her in,
With its indulgence and fortitude
She is fighting love
However deep or done
An entity in which she reluctantly swims
Diving endlessly into the foam

“You Are We Were” and “The Leaving Pain” are from Joie’s book Habitat: Selected Poems 1981 – 2006, which is published by Beatitude Press, and can be purchased here through Zeitgeist Books. “She Is Fighting Love” is from her last chapbook Take Ten, self-published in 2012 with art by James Redo.

You can find a lovely tribute page on sfheart.com, which includes a couple poems and photos and links to more. And I’m told that Zeitgeist Books is compiling a collection of Joie’s many chapbooks, and possibly a full collected works. Keep an eye open for that!

Finally, I’ve included a memorial poem that I recently wrote for Joie, along with two of our collaborations, on my Fresh Words page.

Wishing good life to all,
Richard 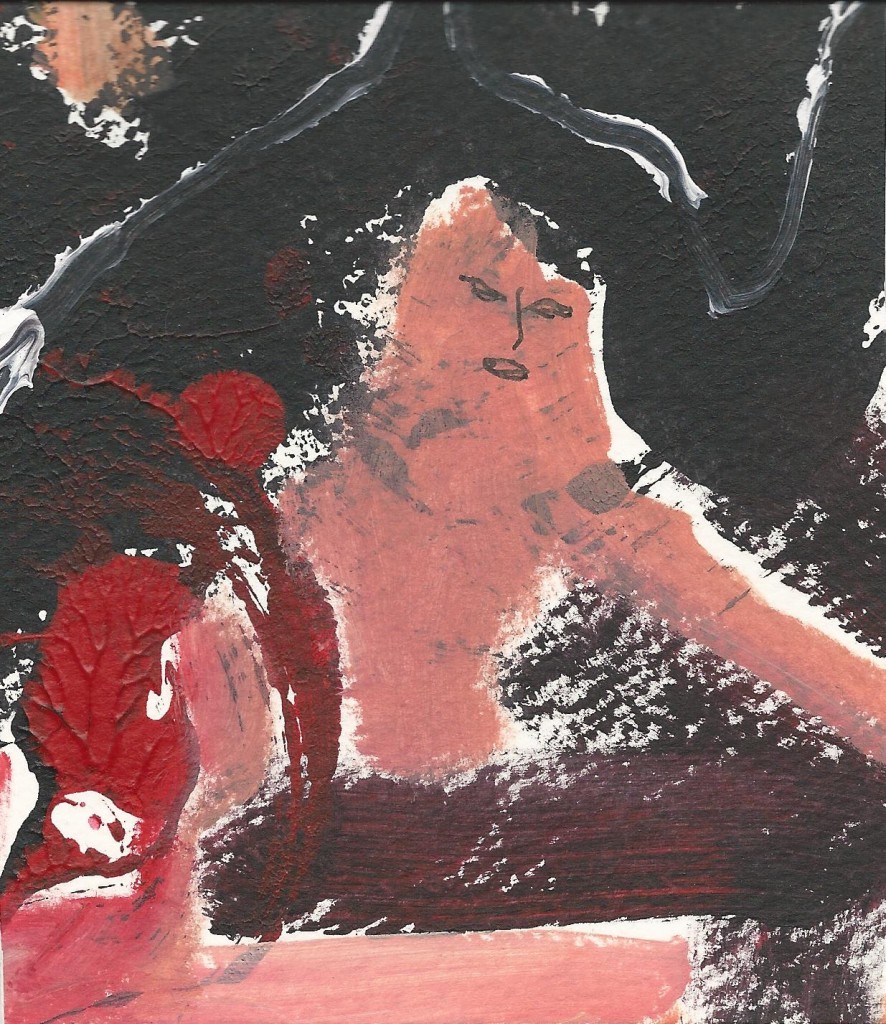