REFLECT  ::  A month of city and anti-city as I traveled with companion and companion Bryce Arbogast through Metro New York and out up the Hudson into leaves and air and scent of fall.  Five days in Crazytown followed by ten in old homes and old haunts with old friends in Newburgh, Kingston, Tivoli, Woodstock, Rheinbeck, and Troy.  This as context for the flash prose punts this month, which reflect and follow mind and body through weather, wood, and culture.  Beyond that five extra days to see family and attend a memorial service for my aunt Virginia Shermer, first in her lineage to reach age of 90 and first in her parents’ bloodline of 47 souls to pass to the next visage, and to whom I wish to extend a dear and due fare-well.

Bit of an ecstatic trip with dramas and cuticles and everything, and here I sit listening to a very loud Yeti sipping Stella in a black box room and how did I get here?  Bit of a trip when you think about it, paths and raths and baths lathing days and years into autumnal springs.  Wing it, I say, fuck it and sing it loud like a Yeti.  Burge the sturgeon into surds and yank the euphony replete with steds, this room is a rock crack shack where woods once stood, and damn us all if we’re not preparing way for woods again.  Stren the chord and wren the word and when we ward the fragile bird we ring a wave unctuous of grass, enough to grant us grace until the next year’s dawn.  Or not.  It’s a rot-spun world, and where’d we be without a shore-struck fen?  Again, again we meld, and into velvet fold ourselves, and ride the toll and tell into another cell, another organism.  Let us reap the body into kin, and spin a candid wreak upon the new-spun day.  And let us play.

ANNOUNCE  ::  Hosted a terrific read for great weather for MEDIA authors last night as part of our Poetry Unbound series, and I’ll be reading at a few over the next week or so in San Francisco, Portland, and Seattle.  All are releases for great weather’s new anthology, I Let Go of the Stars in My Hand, a dynamic collection of poetry and prose in which I’m honored to have a piece.  First at the Beat Museum in SF on Friday the 7th, followed by a read at Corner Bar in Portland on Sunday the 9th and one at Vermillion Gallery in Seattle on Tuesday the 11th.  These readings are the bommbiddibom, so do not hesitate to put on some protective gear and come on down for the experience.  Deets on the Events page of this every site.

Found Fanelli’s fantastic Café after long long day of work and overhang from the fin night yester, cavorting in the lark dark night of lower Manhattan.  After work, a rest, then thought for din without din, questing a burger in the Soho vim, and here we are in this old dusty tin-roofed dream of a pub.  Ancient wood bar carved fleur and lintel and even a garg, worn by years of bottles and dust, mirrors filmed and blanched from decades of breath and sweat and smoke and noise, here, here we are in a vibrating spot, history sheening as a scrim over each new grin and cackle and shout.  Turns out it’s the 2nd oldest food&drink estab in the City, planted here through song and hail since 1857.  And the site with a history (Western) from 1640 first as a freeman’s farm.  And do we till, are we tilling still?  Are we freed?  In parts and spurts, it seems, as always have, because we cannot help but flail and spread the seed. 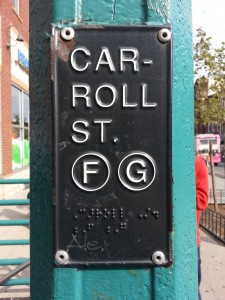 REFLECT  ::  A few uplifting forays into poetry this past month have bolstered my shaky faith in the genre.  Had a fantastic time reading with the Brownstone Poets in Brooklyn, at a cool old diner (with faint pop music leaking through the intercom) attended by a slew of family and friends.  After several readings with low attend, was reassuring to find some folks still interested, and also great to see yas. Thanks again for stopping by to listen!  Then another strong one in Woodstock, where I was able to reconnect with poets Phillip X. Levine and Andy Clausen (well re-met, fellas).  A swing by Chris Funkhouser‘s new pad (see more below) to cavort and record a few pieces for his archives, honored as always that he still appreciates my work.  Then the poetry-month capped off with a rare visit by Ralph LaCharity, master of euphony (and I mean that), to the Bay Area, soooo joyed to hear some of his ultra-gorgeous verse.  Listen, listen, listen to him on YouTube, and read, read, read his books.  You’ll be changed.

REFLECT  ::  And for those of you who are fond of lists, I was grinningly grinny to see last month, after far too long, sweet denizens of The City Lonely Christopher, Jason Tallon, Jay Laubscher, Jane Ormerod and Pete Darrell (thanks sweets for the roof), Mom and Dad Loranger (up from South Joisey), Leigh Loranger and Jeff Schroeter, Matthew Courtney (still kickin it on Prince, y’all!), Fly Orr (who peops’ed me!), Chris Sweeney and Adrian Shirk, Denise LaCongo, JenJi Lee, Doug Rothschild (down from the Cap), Matteo Ames, Linda Lerner, and Robert Hernandez (up from DC!), and dear friends upstate Kristin Wolf, Deborah Perry, Drew Morrison and Jane Song, Chris Funkhouser and Amy Hufnagel, Carey Harrison, Lou Asekoff, Michael Porter and Mary Stevens, and the lovely Virginia Eubanks, and to make the acquaintance of Raphael Wolf.  Voila and rooty-toot to that.

Gorgeous, epic dinner at the Funkhouser-Hufnagel’s new Rhinebeck garret atop foliaged hill, old and new friends gathered in a spree, everyone meeting someone new, everyone renewing old old acquaints, everyone in joyous mix till the clock tolled many hours.  A long entrancing meal of Mex and drink and ‘screamlato, with constant garrulousity and non-done play.  A day and eve to be remembered for it’s forging, for scoring deeper bonds, and dousing nectar ‘gain and ‘gain with collarbones of yore.  Your face is sweet and bright around the table, and yours, and yours, leaking light toward a new world glow.  Home and home and home we are, together and anew.

To many people in New York who ride the subway daily, the thought of going to a performance of robots that jump and spin and crawl and clash and climb, beat drums, make noise, and hiss and guffaw outrageously at the audience might sound redundant, and not quite like optimal entertainment, and they would be wrong, wrong, wrong.  I had the good fortune during my recent stay in Brooklyn to attend a show of The Robotic Church, and lemme tell ya, this is dynamic, thought-provoking, and gorgeous stuff.  Created and presented by Chico MacMurtrie and his Amorphic Robot Works collective, The Robotic Church is actually mounted in the old Norwegian Seaman’s Church in Red Hook, Brooklyn – and a proper site it is for these theatrics, being cavernous enough to bring the noise, but small enough to convey a sense of a human and somewhat intimate show.

Okay, enough setup – so what about these robots?  Well this collection was for the most part anthropomorphic, i.e. mostly human-like or -shaped, with a few exceptions, notably the large snarling monkeydogs that rear and bound about, menacing the audience, themselves, and various other characters.  There were also a number of simple shapes that beat drums or jerk wires to specific effects, and a small grove of soft robots (see below).  These all dwell amidst a score or so metalskel humanoid creatures that perform in various ways, singly, in groups, or in cacophony.  In many ways, the performance itself resembles and reflects the city, with activity of interest in one spot or two, then shifting to several or everywhere at once, then back to one.  Many of the bots play instruments, strumming strings, tooting pipes, and (quite a few) drumming on different objects, and though they’re occasionally in harmonic or percussive coordination, they’re more often not, as if several folks decided to play on a block at the same time.  In that way, it’s very much like the city, mingling individuals often in what seems random manners and patterns, though occasionally in harmony.

Against this quasi-musical background, a slew of homodroids perform various tasks and movements, some mundane, some more expressive and startling.  One life-sized human form in the center of the space slowly and intermittently climbed a rope throughout the show toward a splay of branch- or root-like protuberances sprouted from the high ceiling.  A few performed occasional dance-like movements.  One make an abstract sketch with a marker (I was hoping for DaVinci, having doted too long on Hugo Cabret, I imagine).  One attempted repeatedly to lift and toss a ball.  And there were several others with interesting surprises that I’ll leave to future viewers to discover.  And despite the lack of consistent musical or percussive form, there did seem a rhythm to the 3/4 hour piece, a somewhat alien rhythm, or a rhythm of the urb.

Though I don’t know that it’d be the case for all participants, I have seen a number of robotics shows in the past, notably San Francisco’s Survival Research Laboratories a few times, and the occasional episode of the infamous Robot Wars on cable (which often seemed based on SRL itself).  But this show had a very different quality than those, which generally manifested the feel of machines clashing or cooperating with or destroying other machines, O lo and hail to the true machine gods.  That’s because MacMurtrie does not build machines per se, rather he sculpts creatures and life-forms with subtlety and nuance and distinction.  For beyond the seeming randomness and suddenness and cacophony of the performance itself, what really came across throughout was a sense of beauty, for these creatures are beautiful, both in general form and in subtle detail.  They’re a triumph of wonder over awe, and convey the sense of a creator who deeply cares about his children, about his world.

Just one final note that MacMurtrie is not a one-note deity, and in fact while one hand shapes these hissing metal marvels, the other busies itself with the creation of a very different and more innovative type of robotics altogether, that being a world of soft robotics of fabric and plastics and air.  Though these are not what you’re likely to catch at The Robotic Church, he’s had a variety of exhibits recently and globally of these soft, inflatable, truly amorphic and morphing shapes and structures that evolve and transform even as the viewer watches, or walks through them.  Like his more traditional robots, they also qualify as supercool, and I’m guessing far less percussive than the metalons, and if they strike your interest, have a click and an optic grab at his website.  You won’t be disappointed, even as just a virtual viewer.

Bottom line:  if you notice Chico MacMurtrie exhibiting anywhere, just be there, or be far too flesh and blood.

The sky cracks open and the globe spills out like an egg, like friends from a lively party.  Do we want the party to endure without end?  I don’t know!  But even entropy has inertia, and dissolution of energy eventually leads to rest.  We disperse, disappear, and return to pick up the clutter.  Then clocks tick, and breakfasts cook, and friction builds, and hydrogen burns, and we get the itch again for another blast, a blow-out shindig on the weekend, at the next pulse, in the next galaxy.  We seep from churn to churn, and live unlikely in the space between.  Look to the sky, and you will see yourself leaking through the stars like a loose-flocked hen.  Is that your past or future?  Yes.