UPCOMING EVENTS  ::  It’s a bizzy month so catch me while you can, ’cause I’m gonna disappear again soon.  ::  Right outta the gate, Saturday, November 2 I’ll be reading up in Calistoga (yes that Calistoga), for their Day of the Read: Words for All Souls event at Tucker Farm Center. Bunch cool folk and sounds like a great place. Words to honor our departed and then some. If you’re in the a-rea – starts at 5pm.  ::  Then it really gets rolling on Tuesday, November 5 with the first of two great weather for MEDIA readings to celebrate their new anthology Birds Fall Silent in the Mechanical Sea (always so well titled, yes, yes), this one at the most excellent Bird & Beckett in sad ol’ San Francisco… :: …and the second on Friday, November 8 at Perch Coffee House in Oakland.  ::  Join us on Thursday, November 14 for Babar in Exile #21: Till Death Do We Part, our annual in requiem event, featuring Chris & Deirdre Trian and the release of a new mixed-genre book by Vampyre Mike Kassel, who passed in 2008. We’ll be at our NEW LOCATION, the gracious and delicious Himalayan Flavors in Berkeley.  ::  I’m verrry excited to be reading at Cassandra Dallett‘s brand new series Badass Bookworm’s Lit Loft on Monday, November 18, when she hosts the East Bay release of Disasterama, the recent memoir by Alvin Orloff about sex culture, AIDS activism, and agitprop performance in 1990’s San Francisco. How kuhl is that? I’ll be joining local badasses Sam Sax, Dena Rod, Vernon Keeve III, and Anna Allen, and of course Alvin Orloff reading from his fabulous book. At The Legionnaire Saloon in rickety Uptown, Oakland.  ::  Finally, and by that I mean FINALLY and most rivetingly, on Tuesday, November 26, I’ll host the sixth installment of #we, my talk and reading series of queer perspectives, at Wolfman Books in downtown Oakland. This event will present writer and queer disability activist Hilary Brown, who will give a talk titled “I’m a Mover and a Shaker: Thoughts From an Epileptiqueer” and read a variety of relevant work, and trans poet Natasha Dennerstein, who will give a talk titled “Rebel, rebel, you’ve torn your dress”, along with reading from Seahorse, her Nomadic Press chapbook about her years of trans prostitution and transition in a harsher time of the 1980s. I’m very proud of how personal and inclusive this series has become. All are welcome, and if it sounds at all of interest, please join us that evening.  ::  As always, deets and more on the Events page.

What happens is, these animals come out of other animals and start to eat things, then they get big and want to fuck. 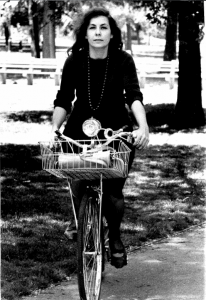 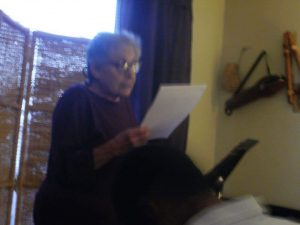 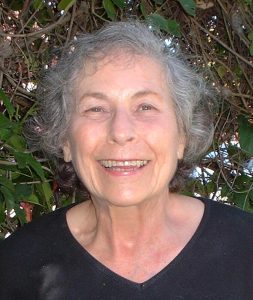 Old wood makes love to my brain. How many molecules, how many vesicles, how many drifts of loam convince me to keep living? It’s all in the smell – old wood, polished and worn, rich, full of memory – here the spirits dwell, here they wisp, here they whisper to my cells:  Come in, come in, there’s only time for love, all is brief and weary roots decay. Have a taste for a moment, have a long slow breath and you may find a glow around the edges of your life.  Old wood, deep grain feeds the veins with shine, tension of the living in fray with the less so, leg of the grasshopper twitching, branches clacking in the breeze. Such ease and such affray spark my nerves to leap into the day. If not all wood, what other way?  Come in, come in, there’s barely time for play, and we must breathe a year or two to wash away the stain. Again, again, please come to me again, and we shall have a moment in the spray. 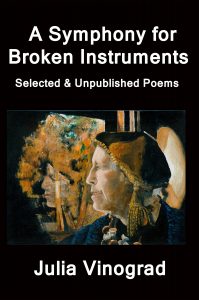 For over fifty years, Julia Vinograd was one of the purest poets in America. She seemed to devote every day of her adult life to the art or act of poetry. Lame from childhood polio, she scraped by for decades on disability benefits in a curio-filled studio apartment in Berkeley, CA, which gave her the time and space to do her work. She appeared to write daily, producing a constant stream of mostly brief observational and allegorical pieces. For decades she was omnipresent at San Francisco Bay Area open mic readings, and became somewhat of a local icon in Berkeley as the “Bubble Lady of Telegraph Avenue”, where she hung out frequently blowing bubbles and, as she once said, “waiting for a poem to walk by.” She averaged more than a book per year from the late 1960’s onward, and by the time of her death in December, 2018, she had amassed a prodigious total of 70 volumes to her name.

Vinograd’s long-time publisher and confidant Bruce Isaacson of Zeitgeist Press has spent much of 2019 compiling A Symphony for Broken Instruments: Selected and Unpublished Poems, and it is a remarkable book. Isaacson claims that this collection contains only “the best of the best of the best” of her work, along with a number of Vinograd’s stronger pieces that never made it to print. Lovers of poetry, especially hers, could not wish for a better result. This 373 page gift to the world offers not only about that many windows into human nature, but also an impressive range of approaches to the practice of observation, both of the outer and inner worlds. Many people familiar with Vinograd’s work, especially those who primarily heard her read, thought of her as a “street poet”, some version of post-Beat working class castaway mining the streets for the rawness of humanity. Whereas that general perspective is present and runs strong through her work, there is also an abundance of more surreal, more abstract, more spiritual, and more deeply personal pieces to be found.

It is difficult to categorize the many subjects that populate her poems, or to at the very least give synopsis. But here’s a go. It’s true that her oeuvre is sprinkled with many portraits of people on the streets, both individual (“Man Watering His Lawn”) and in community (“For the Berkeley Inn, Where I Lived for Fifteen Years, Being Torn Down”). But you’ll find in similar measure a medley of work that includes fable-like allegories (the eponymous “A Symphony for Broken Instruments”), social justice and commentary (“The Homeless Are Our Dirty Underwear” and “A Box of Skin”), outright protest pieces (“Flock of Assault Rifles”), reflections on childhood or late-60’s resistance culture (any of her “Mother” and People’s Park poems), and dreamlike spiritual envisionings (“Night”), to name a few.

Through all these decades and directions, Vinograd maintains an impressively consistent voice which holds her work together like leavening. From year to year and subject to subject, her work clearly emanates from the same windpipe, the same mind, plainspoken, truth-telling, and eminently believable. Here, for instance, is a passage from “Crying Children”, one of her later poems written in reaction to ICE’s separation and caging of immigrant children.

…now all those children wrenched from their mothers’ arms
crying in the night.
Are these my children somehow, the ones I never had
who need me? They have real mothers they’re crying for;
I know that.
But why do my breasts ache
when I hear them, my old milkless breasts?
Why?

From the late 80’s, we find a similarly angry poem, “Blues Singer”, reprinted here in full.

In the same day
the cops took away her dog and her man.
She was broke and a sparechanger
tried to talk her out of a quarter.
And she said she might have to leave town.
But those incredible blues still slashed
out of her mouth like a butcher
cutting thick slabs of raw meat
and slapping them down on the counter.
Tender.
Bloody.
The knife shining in her throat.

Lest these selections bring you to believe that Vinograd’s work is primarily angry and dark, let me reassure you that’s not the case. It is often filled with wit and whimsy, as seen here at the start of “When God Gets Drunk”.

Archangel Michael tried to get God to go on the wagon.
“Each time you get sloshed there are more people
climbing up their own assholes
cause you think they look funny like that,
and then you drop cathedrals on their baseball caps
and kick them into the middle of next week;
there’ve been complaints from the middle of next week…”

I’ll leave you to read the rest. And it’s worth a mention that running through her province like the freshest of rivers is a persistent current of hope. While she criticized man’s worst behavior with all due harshness, she couldn’t help but find goodness and the potential for redemption in human nature as well. One of the best illustrations of that is in “World Dance”, the very last poem of this collection as well as her final book, most likely written while she was beginning to realize that she might not be long for this world. I’ll leave that gem for you to discover as well.

In life, Julia Vinograd was known for her determined motion forward. Though lame, she hobbled (or got rides) from reading to reading, café to café, poem to poem. In print, she moved steadily from book to book. For as long as many can recall, she had a new book out at least once a year from Zeitgeist Press, and she made it known to everyone she came across. She was both famous and infamous for hawking her titles person to person at readings, in coffee shops, on the sidewalk. She would hand each person a book, say, “Here’s my new book, only $5,” then move on to the next before they could respond. (In the 70’s , I hear, they were “only $1.”) Her prospective patrons would return either the book or a Lincoln. Hell, this was partially what she lived off of, and it supported the next book as well. There was a joke going around at one time that when Julia finally died, she’d just disappear in mid-transaction: “Here’s my new—” then poof, and a book would thwap to the ground. Sadly it wasn’t quite that easy in the end, but every lucky person who did buy those books now has a treasury of human insight to carry them on. Those who didn’t, and those many who didn’t collect a complete set (and even those who did), now have A Symphony for Broken Instruments to take them into Julia Vinograd’s world, their world, now and looking forward.

Oakland beats through soil, through trees, through concrete to the sure human heart, the rock, the clay and basalt of the Coast Range shelf thrumming to the drumbeat of the thrive. The sweat of hands and brows soaks the ground and trickles into lake and bay. Through it all the breeze pours regardless, carrying particulates, feathers, flecked bits of leaf. What place is this? What time? The lime of eons skitters underneath, where cracks in earth and caverns belie the hubris of the flesh. And yet the beat. And yet the drum. And yet the skin, pulsing with the urgent fling of nerve, recurs, recurs and thrums. What we become is up to grace and fire, while breath by breath we face ourselves, the beat, the soil. 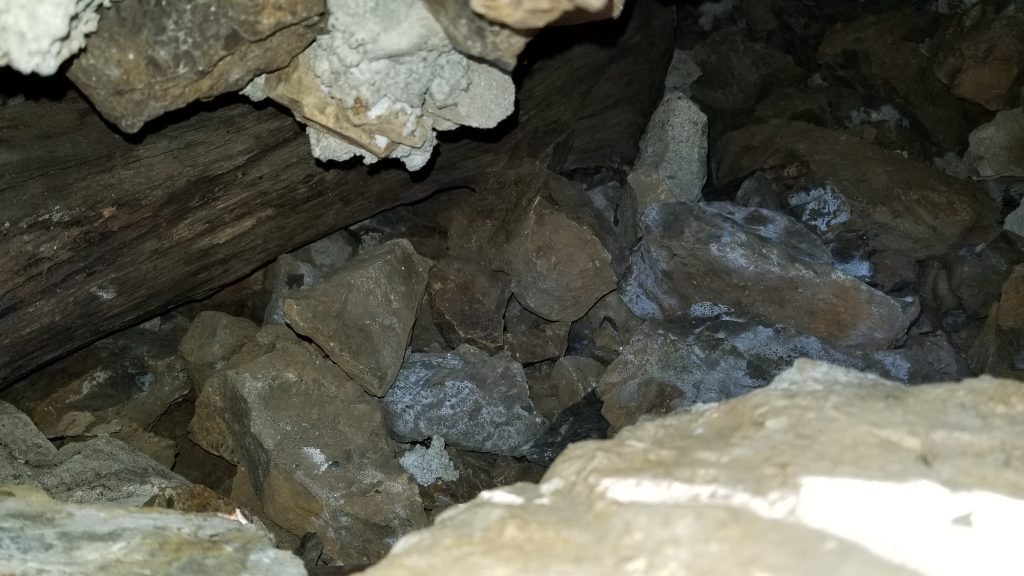