Being in between books is like being in between religions, or so I imagine, being a man who has no need for religion.  But I have need for books! – to wade, to dive into a universe, to immerse yourself in someone else’s mind and metaphysic, to allow it to impress on you like a well-inked woodblock on fine paper.  To let yourself be paper, ready to be writ upon – that letting go, the relief of giving into someone else’s worldview, someone else’s world, someone’s wend and ideology, must be akin to the comfort and safety, even the joy, found in religion.  And so much less a headache than constructing one yourself – without which, lost, adrift, ungrounded, without rule or representation, we have no mud or means to measure out our presence.  In books we find the universe, again and again, we find ourselves, or place ourselves against the matter there, and press.

FIRST OF ALL  ::  Hearts open this month for Jeff Schroeter, motorcycle genius, proprietor of Brooklyn’s own Laughing Buddha Motors, gentleman extraordinaire, and my brother-in-law, who is laid up for weeks after an insane bicycle accident in NYC.  The insane part is that this was caused by another bicyclist who decided to turn left from the right lane of the West Side Bike Path – during morning rush hour – without looking, sending Jeff over handlebars at high speed and into the corner of a sharp stone wall, breaking five ribs, puncturing his lung, and fracturing his hip and shoulder.  And of course the offending cyclist, who, say several witnesses, plainly saw what had happened, didn’t even stop to leave his info – because that’s the country we live in these days.  I’ve in fact had to slam on breaks several times this year in my neighborhood to stop from hitting bicyclists flying through stop signs without even looking.  Having been an ardent cyclist for decades until my knee went bad a few years ago, I firmly believe that there is a difference between cruising through an intersection when there’s obviously no other vehicle present, and believing that you’re entitled to do whatever you goddamn well please, regardless of its effect on anyone around you.  In fact back when I was an SF bike messenger – granted this was the 80’s, and a very different world – and believe me we pulled a lot of crazy shit, the messengers had a name for that kind of self-entitled, self-righteous cyclist.  We called them assholes.  So get better fast, Jeff, and here’s to making your life, all our lives, an asshole-free zone.

ANNOUNCE  ::  I’m hosting a couple of interesting readings this month, and reading at one late in the month.  First up, on August 13 we have the second edition of Babar in Exile, a new quarterly series designed by Paul Corman-Roberts and myself that’s actually very old and full of lava, because it’s really a revival of the Café Babar and Paradise Lounge series of the 1990’s, which were the high-energy problem-child readings of the day.  Babar in Exile #2 features Julia Vinograd, David Gollub, Kathleen Wood, and honorary Babarian MK Chavez, and is held at the Octopus Literary Salon in downtown Oakland.  Ten days after that, along with the Beat-steeped Gerald Nicosia I’ll be hosting the Bay Area Edition of The National Beat Poetry Festival 2015 at the Art House Gallery in Berkeley.  How’s this for a mind-expanding lineup:  Jerry Kamstra (author of The Frisco Kid), Jami Cassady Ratto (daughter of Neal Cassady), Clive Matson (protégé of Herbert Huncke), Jessica Loos (friend to many Beats and former member of The Living Theater), Daniel Yaryan (founder of The Mystic Boxing Commission and Sparring with Beatnik Ghosts), and Jennifer Barone (co-founder of The Word Party).  Shiny, shiny, shiny!  Full deets for both reads on the Events page.

ANNOUNCE  ::  Finally, I’ll be reading myself on August 30 at the Art House Gallery in Berkeley with Bay Area poet Neeli Cherkovski and Portland poets Christopher Luna and Toni Partington.  Christopher and Toni have just gotten married (congrats!!), and are celebrating their honeymoon with a West Coast reading tour.  We’ll be glad to see them down in Berkeley, and I’m honored to be asked to read on such a special occasion.  Come on down and help them celebrate!

When the rock finally cracks, and the city slides into the sea, then the fishermen take up further down the coast.  But once the silt and debris have settled, the bodies draw the sea-life back to their proper place in a sweet return to the food chain.  That one simple fact, our refusal to be eaten, denotes if nothing else our broken status as a species.  God knows we eat and eat, stripping whole continents of leaf and lore.  Look at that gorgeous city, silent and crisp in the murk, standing as a monument to the way things can be – organic, integrated, formed by mind and wind, navigable by the shrewdest brow, full of salt and current and new life happening, waiting for us to delve.

REFLECT  ::  Really nice visit last month with poets Andy Clausen and Pamela Twining, who were in and reading around the Bay Area from good ol’ Woodstock, NY.  Got to see them right off the bat at the July 2015 installment of Poetry Unbound, where they read with Pagan Neil and Alan Shearer under the guise of BeachHead.  I was proud to have them at the final Unbound that I was hosting.  Afterward a big crowd gathered for an ebullient round of food and drink at Tuk Tuk Thai in Berkeley.  A few days later, caught them again for a read at Moe’s Books, also in Berkeley, with the fab Bruce Isaacson, the first Poet Laureate of Las Vegas and papa of Zeitgeist Press.  A great pairing of energies, and a bit of a reunion as Bruce has published a chapbook of Andy’s way back in 1991.  Finally, joined Andy and Pamela at a levitational reading in Santa Cruz, along with twenty-couple other poets at Sparring with Beatnik Ghosts #63.  Seriously happenin round robin with a host of magic wordsmiths the likes of Ron Lampi, Jerry Kamstra, Youssef Alaoui, Aurelia Lorca, Neeli Cherkovski, Susan Allison, and Lynne Bronstein, among quite a few others.  What a spree of Woodstock energy, and always great to see Andy, who I’ve known since 1990 or so.  Cheers, good folk, and hope to see yas again soon up there in the woods!

REFLECT  ::  Was at a seriously fun reading mid-July in Emily Kiernan‘s backyard, a.k.a. The Backyard Reading Series.  First time I’ve been (there’ve only been three or four), and what a beauty downhome time it was, not only but especially because it turns out that Emily is an obsessive culinista, who with partner Ryan Wolf preps a vast and yummalish themed spread for each read in the series.  This theme was “Bunk Beds”, and OMG was there some serious gourmet camp food there for all to play with.  Not to mention ahem several excellent readers: Jennifer Blowdryer, Lisa D. Gray, Sarah Kobrinsky, Jon Sindell, and Siamak Vossoughi.  The readers addressed the theme strongly or lightly or in any manner they wished, amidst other material, which heard from under a sprawling fig tree on a breeze-sunny day was only enhanced by a focused, happy crowd.  Add to that lots of time to chat’n’nosh, and you’ve got the recipe for a solid, sunny, nutritious literary fete.

Light pours into eyes, or so they say.  I throw the curtains wide, and jump back from the blinding scene.  The sun burns and burns like any other star, flung from the striking of a coal-tip match.  Think yourself inside out, and start again from there.

AND YET AGAIN REFLECT  ::  One last note for this month: was honored to be part of an unusual quickie symposium of sorts, “Best-4-Last”, helmed by the esteemed Tom Stolmar at Vira Cocha, the latest of amazing SF literary spaces to be closed down by inclement landlord greed.  (This was in fact the next-to-last event there, thus – partially – the title.)  Tom thought it would be fun, interesting, and maybe even a bit enlightening to have a few poets sit around and talk about their influences, fave poems, and the past and future of everything.  So he gathered myself, Mary Mackey, Paul Corman-Roberts, and Ingrid Keir for a nice little sitdown and tonguewag.  And it was really interesting, with Tom’s frenetic and erudite hosting, and with each of us struggling to make a choice of most influential poem (impossible, a mean task, damn you, Tom).  Turns out we each chose a couple anyway, with both Ingrid and I coincidentally (?) putting an Adrienne Rich piece at top of list (hers “Origins and History of Consciousness“, mine “Diving into the Wreck“), a lot of homage to Neruda, repeated mentions of WCWilliams and Kenneth Patchen (hray!), and a varied selection of poems put forth and read by audience members as well.  Most of all, it was really excellent to just sit down and TALK about the words that word us.  Good idea, Mr. Stolmar!  Do it again.

What comes out of the head goes into the bed, into the soil, into the roiling wind of galaxy.  What comes out of the head was never really in the head to begin with, was never really anywhere because there is no head, at least insofar as having an in or out.  Silly duck, you quack and cluck the long night long, but all you really move along is air, whatever that is.  And even air, no out/in there as well – might as well ring a bell for all the scanty layers of our lives, for all the skivey brine we see as skin.  Let us in!  Time to go!  as through the head we row, merrily as a whipwind splattershot stream.  So we beam and so we spray and so we make our way today from nowhere into nowhere in a dream. 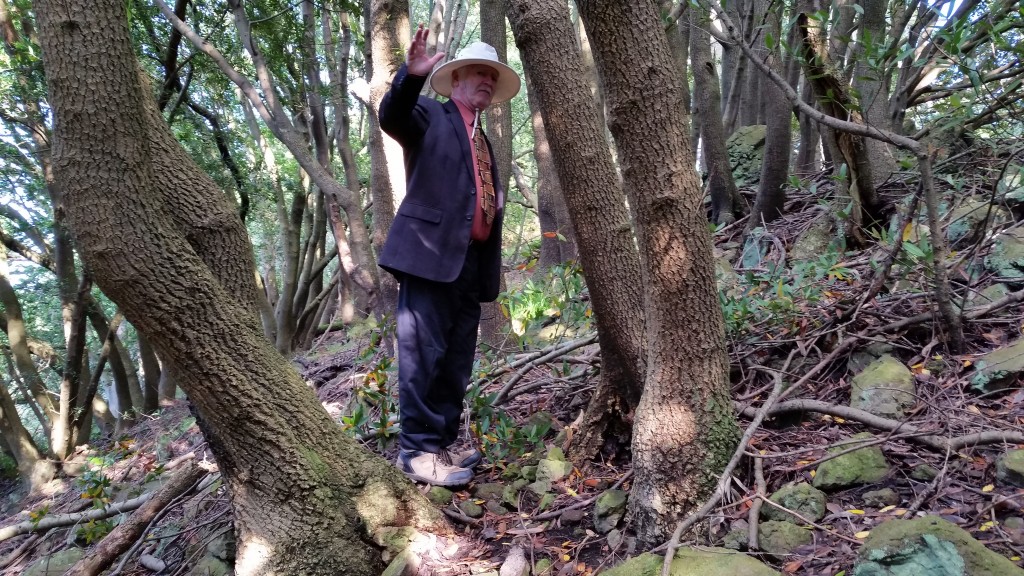