and explode with goodness

In 1996, when two old friends to my dropjawed surprise asked me to marry them, to be the minister at their wedding, I told them that I needed a few days to figure out what marriage really is.  I’d thought about it a bit over the years, and had mixed feelings about marriage as a social process (let alone a genuine personal commitment), but I didn’t have a firm perspective on what exactly a marriage ceremony might be, and figured if I were going to perform such a seemingly weighty act, I probably should.  Here’s what I came up with:  a marriage is a public recognition and reenactment of something that’s already happened.  I decided that I could only marry a couple if in fact they were already wed to each other, truly partnered, bonded and forging into life together.  Knowing these two friends quite well, I said yes immediately.  They’d been together for seven years, and were an intense couple, sometimes volatile (they were both Type A ultra-creatives) and sometimes indestructible, and I knew not only that there was a strong bond between them, but also what kind and how thick an energy it was.

We planned the wedding collaboratively for months, and it was wild and gorgeous.  We each designed parts for ourselves and each other, and some as a group, and I insisted on a secret section that they couldn’t know before the ceremony.  We brought in others to add specific elements, and transformed an abandoned San Francisco church into the living image of their hearts and minds (really heart and mind), with five altars altogether (one in each corner for the four traditional elements, and a fifth huge personal altar front and center), a bramblewood pulpit, a harpist and a marching band, and fab décor splayed everywhere.  The ceremony included things like rock balancing, dirt throwing, trust falls, finger licking (bride and groom only), dance, and song.  A few words of mine that started the ceremony proper:

Witness!  a knot begins to tie itself.
We gasp:  we call it magic:  when a life
that bloomed and blazed a path under its own sun
merges with another, surges the sudden
unsought strength of two lives forging fast—
when two suns merge, the world is somehow vaster
than before, still air parts to show
a burning core, a knot, a stunning clue.

As we approached the proclamation, I had the couple face each other front and center holding hands, while the bridesmaids and groomsman wrapped them lightly toe to head with eight huge rolls of red crepe paper, passing each roll throughout the audience and connecting the couple to everyone there like a pulsing bloodline maypole.  The pronunciation itself was extensive – I did not pronounce them “man and wife”, but quite a few other things, yes indeed – and at its finish I poured a large wooden bowl of warm scented water over their heads, drenching them together and melting the crepe paper around them, unbinding them from all but themselves, revealed still standing, eyes and grins locked, embraced and kissing.  Cheers exploded, and the marching band struck up, and led everyone out the door for a spontaneous parade through the streets of the Mission before returning for the reception.

Now that was a wedding, and very much a public enactment of how they already lived.

I’ve officiated four weddings altogether, that being the first, and in each case have taken the time and steps to decide whether the couple were in fact already married.  Each of the weddings was very different from the others, befitting and reflecting the nature of the couple.  All of the couples are still together (though Peter, the groom from the first couple, passed away in 2001), and two of the couples have had two children each.  Those two couples have never met and do not know each other at all, and each of them named their first child Stella.

PLEASED TO ANNOUNCE  ::  Lots of cool new stuff on the site this month, in particular some new performance videos at the top of the Performance page (including a much better version of “Mud Song” than had been there before, and a wild ripping version of “nameless, unreasoning, unjustified clarity” with Michael S. Johnson on keyboard), and as well a new section lower on that page for the “She” series, which are written and performed to compositions by the amazing Hauschka.  Also work in a new anthology (listed unsurprisingly on the Anthologies page), and a couple new poems on the Fresh Words page – not that that’s unusual, but I’ve been brimming lately and am particularly proud of these ones.  Check ’em out and make your day a better one.

ANNOUNCE  ::  After quite a spate this last month, just one reading coming up, in Santa Cruz on Sunday, July 12.  That’d be Sparring with Beatnik Ghosts #63, with a ton of good folks at the Jerry Kamstra Archive.  Deets on the Events page.  Heads up that later in the summer I’ll be hosting two big reads as part of the National Beat Poetry Festival (not to be confused with the Beatnik Shindig that just happened in SF).  The folks at NBPF are trying out an “event” in which there will potentially be a reading celebrating the Beat writers in every state in the U.S. during the course of a month or so.  Cool idea, I thought, so I’m putting a couple together for them, one in Berkeley on August 23, and another (hopefully, still confirming) in SF on September 18.  Beat on!  Finally, just a shout out for those in the Bay Area, heading over the the Beast Crawl in Oakland on July 11 for four hours and scores and scores of poets.  Not reading at the fest myself, but I’mma gonna be there!  You should too.

Finally a day of breeze and glean sweeps me to my feet in a lap-smack sea of fine.  Agendas for the day include feeding the brain, cleaning the stain, and making the lyric political and the politic lyrical.  As to the latter, I must ask – why is not each breath considered an act of the world?  Duh!  But more than that, is not beauty a matter of the common good, and furthermore the common strive?  Are you really ready to determine how more or less essential joy and celebration, aesthetic stimulation are alongside inclusion, equality, and the right to live?  Go ahead, white privilege the fuck outta me, but when you need a break from the battle, or when a victory is won, tell me that you have no human need for song, that there’s not place for hue, or dance, or fable in the daily fray.  Tell me that and I will leave you to your drying well, and find another, saner front.  But until that time, I will fling my wordfist as needed, as called, and I will not stop letting joy leak through the cracks, through the pillbox slats, through the clenching digits, through my palms and chest and skin so that when we pause to camp, when we find a place to build, song may flutter freely in the breeze.  I will not stop.

REFLECT  ::  I would be remiss not to mention the most amazing music event that I’ve witnessed so far this year: The Garden of Memory at Chapel of the Chimes in Oakland.  The Garden of Memory is an annual Summer Solstice music concert, but this ain’t just any concert – this one features over 50 simultaneous performances of new music in rooms and nooks and spaces of the Chapel of the Chimes, an enormous, labyrinthine, stunningly beautiful and I mean it columbarium.  The structure itself, built between 1909 and 1959, has several levels nestled in a hillside, so you wander and climb and turn and come upon one performance after another, all different, all well designed, all absolute gifts.  Highlights for me this year were Kitka, a US-based women’s vocal group featuring harmonies from Eastern Europe and beyond, and a cello-violin duet by Dylan Mattingly and Alex Fager, which I only caught part of at the very end of the day, and which took the skin right off of my eyes.  I bought cd’s of both, if you wanna come by and have a listen.  Seriouciously, put this on your calendar for next year now.

A call from a friend reminds me that friends are beautiful, and all the Hallmark platitudes in the world can’t change that.  In we go into each other, and part of us is always there, literally, physically, psychotropically.  Skin is not the end of us, and barely the beginning.  We are the electric gluten of the universe, singing and flinging and pinching each other.  Absorbing each other daily for sustenance.  The popularity of bubble tea suggests a discrete understanding of life as we know it, each of those luscious, mingling, bursting amoebae being friends and lovers – our friends and lovers, and pets, and teachers, and leaders, and adversaries.  All ready to be slurped – I know I am.  Yum!  Walk down the street and drink us all in.  It’s our nature, and our prosper, so we might as well be friends. 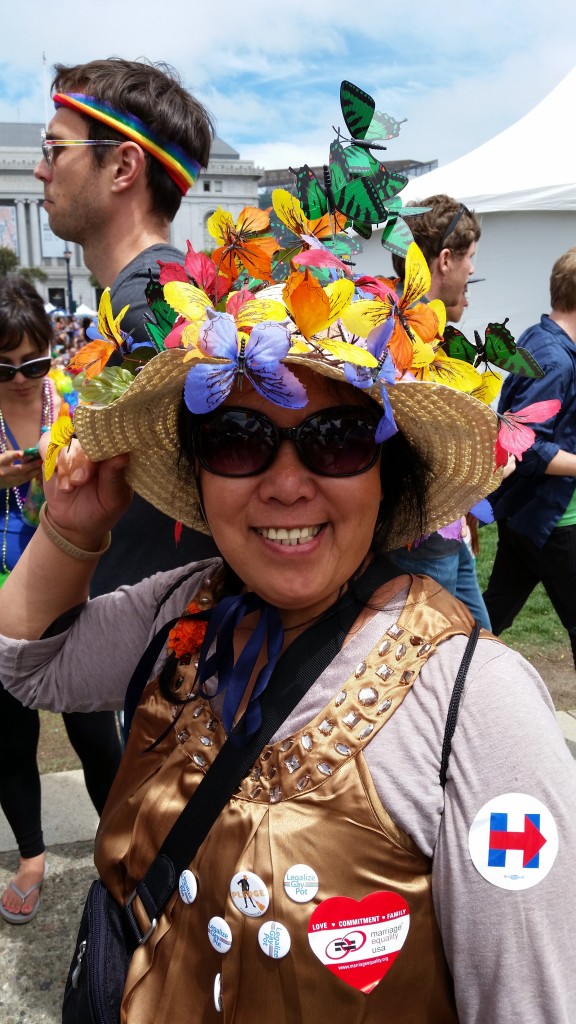