Sliding into O the carven vast, void around, darkwings, drifting.  Void animate.  Void performing.  Blades about, trimming frayed edges.  A matterhorn.  A splay of baubles, detritus and keepsakes.  Could be gap.  Could be vesicle.  Could be light stringing us along into the sure dark matter of our lonely lives.  The aorta a remarkable device – how glad we are to be part of it.  To belong, insofar as we can fling ourselves into the next organ, next life, and know the gap as deeply as our wounds.

ANNOUNCE  ::  A few trifles to announce.  Reading in Cincinnati in April (woo-hoo).  Reading at the San Francisco Writers Conference on February 13, and speaking on a panel on February 14 titled “From the Page to the Stage” with Kirk Lumpkin and Andy Jones (hoo-woo).  Feb 7 reading in Oakland was postponed (boo-hoo), but is now happening on March 6 (who knew).  Hoping to spend a month or two scribbling in my corner (choo-choo).

CAVEAT  ::  I feel no need to apologize for the dark nature of the posts this month, because, kidz, that’s simply what’s been going on, but I do want to warn you and beg slight pardon for the ridiculously off-tone and silly movie review most of the way through.  Some of you may find it jarring, and if you’re not triggered by anything else in here, you might be triggered by that.  But of course that’s also what’s been going on, so human-up and deal with it.

This month has torn me a new one and no mistake, right in the chest and gut.  First a tiny invasion of the body brought me almost thirty days of coughing without respite, leaving me mid-month breathless and gasping.  Penetration and spasm.  Then a painful breakup lasting most of month has torn aorta and ripped diaphragm from moorings.  Has left me trailing intestines.  On top of that a workalanche of rare proportions, a freelance Nor’easter has hollowed me with pelting, left me drained and drifted in silt.  Yes grateful for work, yes yes, but harder at a time when reflection calls as remedy.  Finally of course a relapse that left me burning in my bed.  The good thing about lacunae is that they give room for breeze to move through, airing out the shards and old detritus, as if a long-term guest has journeyed on and left the windows open.  Air, please, air, move me through, move through, take the flecks of old lives and freshen the lingering stalks.  Breathe, breeze, breathe me till my breath has eased again.

REFLECT  ::  Had a really enjoyable couple of readings this month, the first at Inside Storytime, hosted by the gracious and dapper James Warner.  Found myself quite moved by old SF wordpal Sarah Fran Wisby, levitated by the poetry and song of educator/activist Raina Leon (who I think was levitating a bit herself), and mesmerized by novelist Sherril Jaffe, who knew just how to hook us and keep us hanging.  Kudos all – a lovely read!  I was also honored to read at E.M. Wolfman General Interest Small Bookstore as part of The Hundy, a first-time festival which proffered 100 readers at Wolfman over the course of 15 days.  Caught a few of the readings, not as many as I’d have liked, and sadly missed the last couple due to fever (I guess it really did blow my mind).  I got to read alongside Rusty Rebar, Clive Matson, John Curl, and guitarist/songwriter Karlyn DeSteno.  Thanks all for beauty!  The Hundy was organized by the indefatigable Zack Haber (and possibly others, but I’m not sure whom), who merits a hundred kudos himself for sculpting this impressive fete.  Here’s to a hundy more!

REFLECT  ::  Delightful visit late January by Brooklynites Lonely Christopher and Rijard Bergeron.  They popped into town (okay, climbed aboard a stinking aircraft and endured grueling hours strapped into tiny, rock-hard seats) for a couple of readings, and to play like kittens in the San Francisco gore.  It’s always a pleasure to hear Christopher read, and this time he did a Hundy in Oakland and a spree for Monk Books at Adobe in the city.  But it’s even more pleasurable to get to just hang out a bit as mammals in the world, and we got a good bit of that in this time as they were here a full eight days (including a couple extra due to the anti-plane blizzard).  Also terrif to get to know Rijard a bit more, charming sharpeyed one, especially over coffee in kitchen.  Best of all I swerved them out to holy holy Muir Woods for an afternoon of communing with the hearts of thousand-year-old trees.  Hoping they took a breath of that back to smoky old Brooklyn.  Cheers, chaps, and well met!

REFLECT  ::  Here’re the two best pieces of graffiti I’ve come across recently.  In the men’s room at Tuk Tuk Thai in Berkeley, in tiny letters in the grout between tiles above the urinal:  I AM GROUT.  And in the men’s room of the Pleasant Valley Safeway in North Oakland (not the most pleasant place I can think of – meaning that bathroom, not North Oakland), in the one rather dispiriting stall, in the bowl of the old, tired toilet, a traditional American Standard model, someone has printed in permanent sharpie:  AMERICAN STANDARDS.

Step into fever and step out of this world.  You are in-between, as the body shivers itself to justice.  No more games, no more divertissement, no more moss-covered rocks, nothing you can touch or throw, you are shadowed, gripless, less than husk.  You are in the hollow.  And what is here?  Just yourself, whatever that is, and the terror of the flesh – which, it turns out, is the flesh itself sealing you in like heat, like fury, cargo loosed in a burning hold.  Rattling about.  Which, in fact, you’ve always been, only now just more aware, living in bones and ducts and tracts.  The bones rise, the eyes dim, the tubes of your life uncoil in the sand, blanched and baking for another turn.  And there you are, again and weary, gathering them together, taking them in your arms, and traipsing into the forest for a cool reprieve.

What?  I’m joking, right?  Reviewing a Lifetime movie about an internet meme?  Shut the front door!  Of course I am, and I’ll tell you why: because it’s like the best movie ever.  Notice that I’m using a simile there, because it’s not actually the best movie ever, but it might be seen as such one day, thousands of years in the future, when homo decrepitus looks back on homo sapiens with endearing pity, digging through the rubble of our fanatic culture, looking for clues to make sense of our desperate need to mutate.  Which apparently worked.  But to its credit (back to the point), it’s certainly the best movie ever made about an internet meme.  For that matter, it’s the only one.  And with an improbably high level of amusement.

For starters, it’s chockalock filled with squeamy Lifetime/Christmas/Kids movie tropes (at least I imagine so, don’t ask me how many I’ve seen):  talking animals (many), forced Christmas joy, bad sweaters, happy mall workers, idiotic inept badly dressed rocker dude criminals that make the whole thing feel like a bad 80’s sitcom, kids (well, kid) breaking lots of laws (but cutely) in order to save everything, and a possible appearance of the real (though somewhat bizarre) Santa.  Icccch!  Stop talking now!  But I won’t.  Because all of this is seen through the laser-sharp if expressionless eyes of Grumpy Cat, the source, the fountain, the veritable blossom of snark.  Which turns the whole thing into a delicious parody of itself, as GC deconstructs and dices up the characters, the plot, Christmas, your belief systems, and the movie itself.  This movie isn’t tongue-in-cheek, it’s more like whole-face-in-cheek, it’s a Lifetime movie turned inside out, the Season of Migration to the North to Lifetime’s usual Heart of Darkness (I just loved saying that), or at the very least a Lifetime movie with the skin and hair on the inside, and all of the guts and bones and veins and backs of eyeballs and pretty little nerves on the – well, you get the picture.  Yum!

Add to that the genius (and maybe the only possible) casting for the voice of Grumpy Cat of the stunningly fabulous Aubrey Plaza – antenna and maidenhead of the millennials – who holds together what might have otherwise been a schlocky and painful mess (i.e., a LIfetime Christmas kids movie).  In fact, she doesn’t merely hold it together, she binds it like the perfect dash of nutmeg can transform a mug of rancid egg milk and rum into the pinnacle of nog.  Aubrey Plaza is nutmeg.  There, I’ve said it.  Stay fab, Aubrey, cause if your head explodes we don’t know what we’ll do.

Seriously, when I first saw the trailer for this film (yes there is a trailer, yes there is a trailer, watch it HERE), I had my doubts that this would work, or be watchable by any sane persons (by my definition), in fact I wasn’t even sure what it was (kind of like coming across Mary Hartman, Mary Hartman for the first time), even though I do own a Grumpy Cat t-shirt, but only because it really looks like me.  So I rented it expecting to be bored in five minutes, or irritated in fifty seconds, or drowned in several kinds of sucrose – but I was WRONG, so wrong, because this movie is really fucking weird and really fucking funny, and you should run, run and steal it right now.  Then watch it.

Then again, I did view the film during a 102º fever, after having ingested quite a bit of codeine, quaifenesin, albuterol, acetaminophen, echinacea, ascorbic acid, massive B vitamins, and beer, so I might have been primed for the event.  But I stand by it all, stake my rep on it (?!), best internet meme movie ever, best Grumpy Cat movie ever, and a must-see for all who appreciate the implicit weirdness of American culture.  You’ll be different afterwards, I promise.  And I do recommend that combo, btw, at least as a viewing medium, if it sounds like fun to you (except maybe the beer).

I have lost track of my past, and the road is red.  Sometimes I feel the bitings of tomorrow, often just the pitched heart of now.  I fear my younger years breaking off and flaming through the stratosphere.  I fear they are.  I grasp and grab, throw them before myself like a false dawn.  No, that’s not right.  They are not where I’m headed.  Better to eat them slowly like the banquet that they are, heady, sweet, full of meat and power.  Better to let them dwell inside, molting, fused, gathering what can.  Filtering.  Taking the nutrients and the bitter.  Letting life splay inside me like an unshorn shore, letting the world become a new frontier again, beckoning, a wilderness calling its hungry song.

In flame and shadow,
Richard 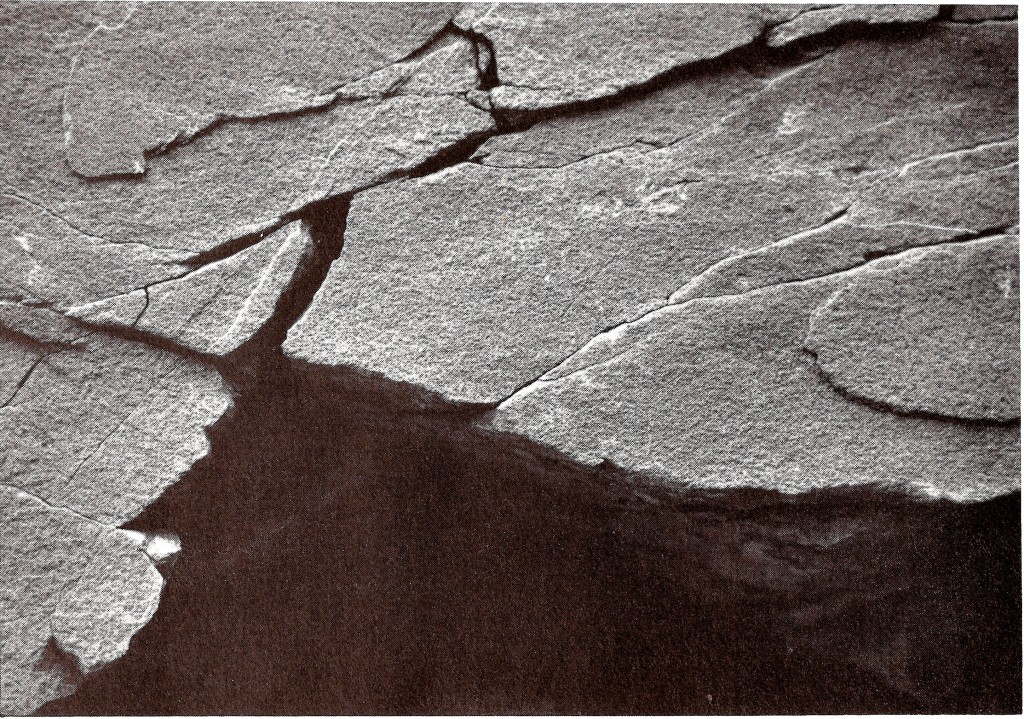