Atop the cemetery life’s a party, sun in air and you can see and see.  Slopes and marble, hard symbols everywhere muted by grass, tender sprigs doomed to outlast sad stone.  Awash with light, the city and the bay dream on, tranced by the cataplexy of image and the mind, diodes blinking at the multitudes.  Where?  Where are they?  Spread below us like a thin paste of brick, lightly mortared to the unsure earth.  But here, here in the air with grass and stone, laughing punkers, old sequoias and the fresh scrub reeds, everything is for a moment easy as the day slides pleasantly toward eve.  The hills across the bay brood in hazy chiaroscuro.  The crows caw and whirl below.  And there’s the path, wending downwards, through palms and granite statues, toward pavement, and twilight, and the dream.

ANNOUNCE  ::  Bunch of fun readings coming up, most of them in the sun-drenched Midwest.  First, a rescheduled finally-happening calliope of a read in Berkeley on Friday, February 13.  It’s at a revival of Paul Corman-Roberts‘ Crows series, with MK Chavez, Lisa D. Gray, Beachhead with Pagan Neil and Alan Shearer, Sarah Kobrinsky, Gabriel Gusman, and musical guest Tiffany Higgins. Honored to be wording with that crew.  Then in late March, I have a little Midwest tour.  First stop:  Chicago, where I’ll be featured at the legendary Green Mill Poetry Slam on Sunday, March 29.  Yes, that’s the one started and still hosted by Marc Smith, inventor of slam itself and say no more.  Used to hang out there weekly when I was haunting Chicago back in the mid-80’s, and Marc is graciously allowing me back in the doors.  Then on to The Columbus Poetry Forum on April 6 (O-hi-o! O-hi-o!), where I’ll do two sets in a burlesque bar (yay!), and at Word of Mouth Cincinnati on April 7, where I hope to grace The Queen City with a pauper’s words.  Let all your Buckeyeish friends know!  Deets on the Events page.

Pebbles rill down the slope and into the stream, into the parking lot, back into our lives.  People roll into our lives – from what height?  From what have they detached?  We clump as rock, as chunks of life, then break, break off, break apart.  Blow me to pieces, blow me off the cliff, into the next field of marigold and fennel, of broken buildings and the feral spree.  Away to the wild, into the trees, the underbrush, snuffling and tasting our way to sense, sticks in our hair, mouths full of dirt.  What hirsute berths we are, scrabbling and shreeing in the dust.  What we must, we must, and better than walls, let’s have a broken truck and a sky full of air, bright leaves, pathways, and a clear cold stream, rilling with pebbles and the onward leap.  And naught to keep but our bright clean minds.

REFLECT  ::  For three years running, I’ve presented on panels and in sessions at the San Francisco Writers Conference, and I’m always surprised at what a good time I have.  Why do I say that?  Because it’s a Conference, all nuts and bolts and aspirations and nitty gritty, which doesn’t function the same way as, say, an Avengers film.  Also, since this is mostly a publishing industry conference focused on fiction and non-fiction writers, the industry looms like a big cloud of cash, and the poetry faction tends to get somewhat marginalized.  But somehow the presenting poets always raise the bar, and put out discussions and techniques and critiques that draw all kinds of people in, and the energy roils. Was on a jumpin’ panel with poets Kirk Lumpkin and Andy Jones called “From the Page to the Stage: Giving Readings that Sell Books” – sounds bland and pragmatic, I know, but it was really about all the cool stuff you can do to get comfortable onstage and read your stuff most lovingly.  How sweet is that?  And a ton of people came.  Then a critique session with Kirk and fab Marin poet Rebecca Foust, which was useful for the several writers who shared their work, sure, but more than that the three of us found a subtle simpatico in sharing our approaches to our art, and ya gotta love that bonding.  Big kudos to Joan Gelfand for organizing the poetry track – a complex, payless, and all too thankless job that she’s taken on for several years.  Hope I get asked back next year, for both the industry weirdness and excellent camaraderie.

Slung from a sling in a wing-drummed drone, we catapult the cataract and slice the planet in a true divide.  Another slide into shooting a man in the face, is all, another child-mind bribe.  Are we really that reptilian still amidst the plenitude?  Or growing more so?  Get yer tits on, fellas, feel that flow, and fight the sunken brainstem with a pulse of fine.  Fuck the lizards!  We can be mammals dancing in the fields.

I have a feeling, without having even checked, that legions of NY theater critics had quite a spree of singing PoMo My PoMo or PoPoMo PooPooMo or even Meta-Meta-Moo-Moo about this singular play.  And what a dull response that would be – almost as dull as my assumption of the same – serving only to mute the fantasmawowia of its pop futurist vision.  And look, there I did it too, so consider me full of shit.  Because Mr. Burns ain’t about what it is, or even what it’s about; it’s a brilliant explosion of insight into the connections between myth, culture, and Bart Simpson’s hair.

Spanning a hundred years or so of post-apocalyptic America, Mr. Burns follows a lineage of people who use their memories of The Simpsons to recall, make sense of, and reconstruct a semblance of culture.  Starting as what seems a pastime, literally a way to pass the time when not avoiding danger, these folks volve their recollections of the characters and show into a theater movement offering a bizarre mélange of media culture, which eventually spawns a new, almost classical system of myth and folklore.  It begins quietly, as a scattered culture might, and culminates in a jaw-dropping act of theater and [montage] that might just be like nothing you’ve ever seen.

And this review is falling flat, because I’m not really telling you anything about the funny and disturbing and touching and mind-blowing experience that you could be put through simply by paying too much for a ticket.  So instead of reading another word, just steal some money and run to see it.

DON’T read anything more about it, if you haven’t already.

DON’T leave during the intermission – the first half sets you up for the big magic.

DON’T read the background stuff in the playbill – it contains spoilers.  Though it might be worth reviewing the Simpson’s Glossary provided there, to have in mind some of the references in the show.

Yes, it is a play about The Simpsons.  And a maybe future.  And it’s really, really weird.

We settle into place, or leap into the next sun, each a matter of gravity.  I eat an egg, I crumple on the floor.  All this by design, or accident?  Who cares?  I punch the wall.  I light the trash on fire.  Each day we push and succumb, push and succumb, and a gorgeous music it is.  Stars collapse.  Trees burst into leaf.  A dog runs through the woods, full of the life and death around her, electric with sense.  When we shine, we defy. 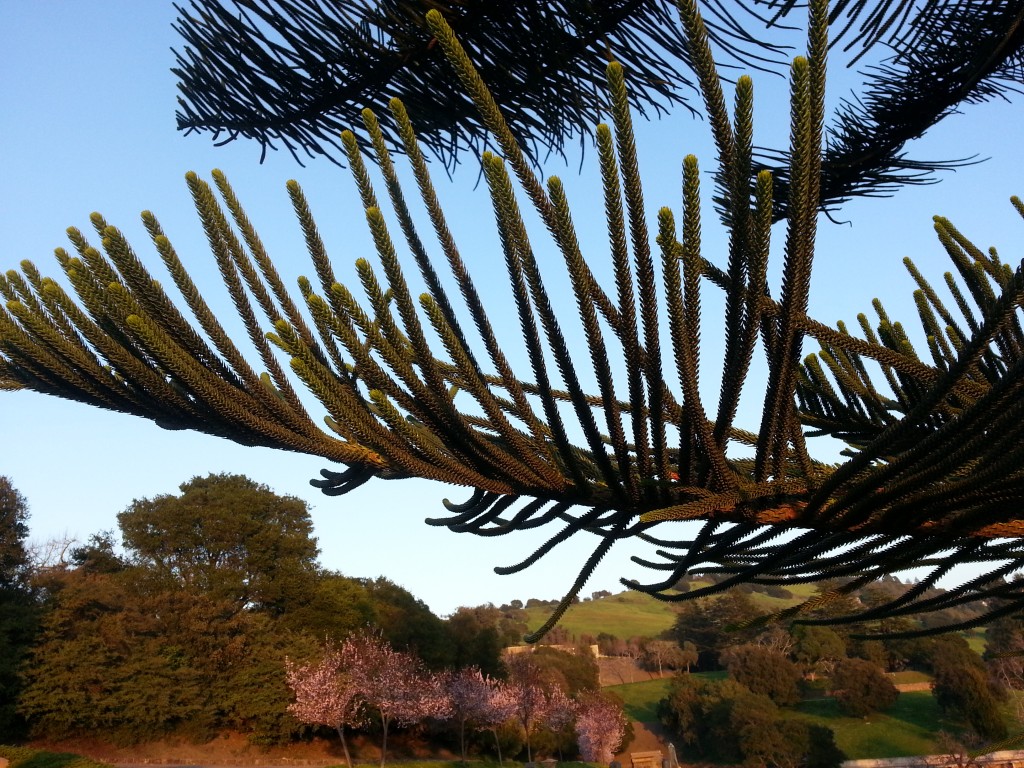