You slice me, of course, because that’s what you do, that’s what we do, we slice. We slice because we’re here, because we’re matter, because that’s what matter does. It’s our nature, it’s fundamental; so why are we so shocked when slicing looms? Hats slice a room, volcanos slice the sea, comets slice planets, light slices itself, so why not we? Is this something else we think beneath us, blade-strewn apes that we are? We slice each other daily, and I don’t mean just blades, clawing our way to the sweetest branch of the cherry tree – slicing down to size, slicing budgets, slicing scores, slicing the lives of the artificial poor. Machete heart, talon, stiletto brow, fang, you bare yourself so clearly in the market square. Why don’t you go run for office like a good coiled snake. I’ll be over there with an old wood rake. 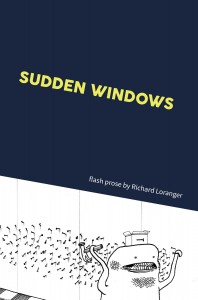 The release party in June for Sudden Windows, my new book of flash prose by Zeitgeist Press, was awesome, and I was honored to have so many fine folks fill The Octopus Literary Salon in Uptown, Oakland. Celebratory readers Bruce Isaacson, MK Chavez, JK Fowler, Julia Vinograd, Paul Corman-Roberts, and Steve Arntson were all in top form (when are they not?), and the event was generously emcee’d by Joan Gelfand (thank you, Joan!).

The book has been kindly received, and lots of folks have mentioned how much they’re enjoying it, even going so far as to post such comments on Facebook.

If you would like a copy, you can purchase them directly from Zeitgeist Press at www.zeitgeist-press.com, or from me at readings (and occasionally elsewhere).

If you like the book, or want to support it in any way, please Like the Facebook page at https://www.facebook.com/SuddenWindowsbyRichardLoranger/. You can also post a small review or blurb there to encourage others to check it out.  😀

You can also post small reviews, or give it a star rating (please do!) on its Goodreads page at https://www.goodreads.com/book/show/30973605-sudden-windows.

Finally, we are LOOKING FOR a few FOLKS TO WRITE longer REVIEWS (well not huge) that might be placed elsewhere. If you’d be interested in doing so, write me for a FREE COPY of the book.

ANNOUNCE  ::  I’ll be doing a LOT of readings over the next few months, which doesn’t mean that you should miss them all. I’ve listed the ones through October on the Events page, which includes 4 in Oakland/Berkeley, 2 in San Francisco (including Lit Crawl), 1 in Sausalito, and 1 in Davis, CA. I recommend that you come to one of these, because the November readings will be dangerous and out of control.  🙂   Also I’ll be leading a WORKSHOP in Oakland on Saturday, October 1. Seriously. Come and write.

ANNOUNCE  ::  I’ve also posted the really fun poetry video made by Charise Sowells Malouf in June, containing quick cuts of me reading parts of “nameless, unreasoning, unjustified clarity”, my 14-foot mobius poem, and a bunch of my art pieces from the Parallax Poems exhibit at Nomadic Press this spring. Check it out! It’s easily found on the Performance page, listed at the top. It won’t hurt a bit (much).

REFLECT  ::  So much activity, having taken a one-month blogcation, with the Bay Area literary scene active-volcano-ey as ever. Did two readings for Sudden Windows in June (the release in Oakland and at Florey’s Books in Pacifica), hosted Babar in Exile, and made it to a mere five more – which left room for attending the annual Chapel of the Chimes Garden of Memory musical feast, and for filming both a fun poetry video and a long interview with my aunt Bobbi Morrison about her sixty years playing out as a jazz drummer, with documentarian/musician Charise Sowells Malouf. Made up for all that slackerdom in July, though, by curating and hosting the Friday night series at Nomadic Press, hosting two others, attending a workshop and eight readings, and doing readings at Beast Crawl in downtown Oakland and at Ron Lampi‘s series in Felton, CA, deep in the hills outside of Santa Cruz. After all that, I should have just stayed deep in those hills. In fact maybe I did. I’m not sure.

REFLECT  ::  On the quieter side, I’ve really enjoyed the first two Poetea events that I’ve had at my apartment. Had this idea earlier this year to create a literary event for just four writers, for tea and conversation about all things literary, along with our lives and whatever we care to talk about. To get to know folks better, and let them do the same. So I’ve had two, on the first Sundays of the last two months, and they’ve really been marvelous. First I June I had writers MK Chavez, James Cagney, and Sandra Wassilie, then in July, Isobel O’Hare, Maw Shein Win, and Andrew Thomas. Really beautiful conversations, and eventually we’ll solve everything.  😛   And this coming Sunday will have Missy Church, Christine No, and Garrett Murphy. Can’t wait! If you’re wondering how I choose people, and if you’ll be invited, I’ll just say that there’s no hierarchy or favorites per se. I made a list (still growing) of writers I know in the Bay Area, and try to choose three 1) who don’t know each other well, 2) who I would like to get to know better, and 3) who I think would make an interesting grouping, with different perspective and ideas. And it’s really worked well so far. You’re welcome to express interest in attending sometime, that’s good to know, but it doesn’t help to ask me to invite you, and I don’t usually have an idea when that will be. I’ll ask when I ask, if I keep the event going that is. And it’s been awesome so far, so why not. Really the only thing I wish were different would be that I wouldn’t be there every time. Not that I don’t want to; I just think it would be an even cooler event if it were a different four people each month. Maybe in future…

We bend wood and metal, bend throats, bend light and flesh, and here we are, singing in a stone box, filthy with generations of waste, piled in heaps, hunted by dogs, bent and singing, singing in heaps, singing to stars that swallow our hearts and sing themselves, bending atoms and fire into gleaming new throats, huge throats, blessed throats, graceful channels of shine bending slicing space to find your ear, your stone box, your heap of burning life. 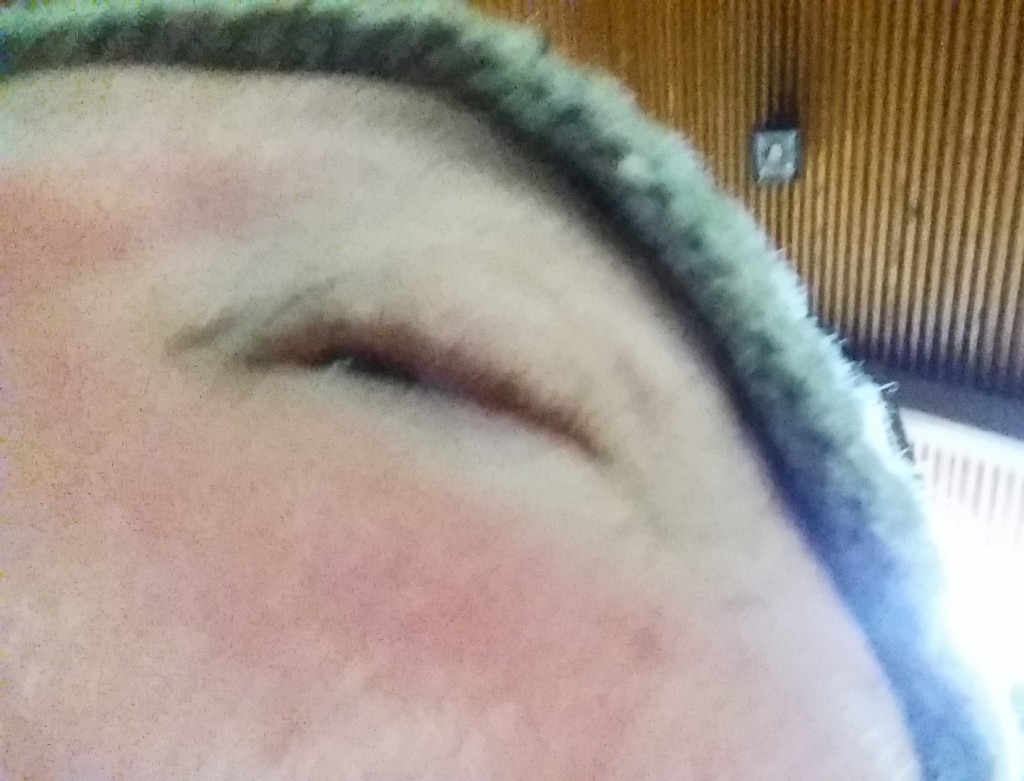