The work pours in and poems fly,

and all my little mouths do cry:

So once again I miss my own deadline, and no Home Page for October. Wish there were! But I haven’t a breath. I do have a couple of verrrrry cool performances coming up in early November, not to mention the annual Great Weather for Media West Coast Tour in mid-Nov, so check check check out the Events page for that!

And please pardon my absence. I will return next month for sure.

The nightmare of domestic abuse rolls on, despite so many efforts to curb it. The nightmare of bullying, a sort of domestic abuse petite, shoves and swings and kicks and belittles as it always has. International and civil conflicts thrum the planet for decades and more: Israel-Palestine, Afghanistan, Somalia, Kashmir, Mexico, oh and yeah, the United States, the list goes on and on, as if this were the natural order of things. As if this were a primary function of the species. Is it? Could it be? The seemingly endless nature of conflict might suggest as much, the intractability of its perpetrators. Of course, it’s a mighty complex phenomenon, and I know very little of much, but I’ve always wondered if ongoing conflicts, of all sizes, as those described above and more, from interpersonal to international, as well as the participants in and perpetrators of such conflicts, might in fact be addicted to conflict itself, to adrenaline and blood pressure and the chemistry of anger and domination. It is a fuckin’ rush, after all. Might this all be viewed, alongside every other facet and perspective, as conflict addiction which, when in sway, whether occasional or constant, allows the afflicted to create an other, an other-object onto which they can release the tension of their chemistry. I’ve wondered for some time whether some of the treatments that have been successfully applied to addictions might also be used to treat those who are afflicted by a repeated urge to engage in conflict – or whether at least some of the theory and practice that has sprung up to treat substance addictions might also be applied to conflict addiction. Could the quiet fate of the lonely junkie help to resolve the violence in Palestine? Of course to even begin such an endeavor, the afflicted parties (nations, bullies, abusers) would need to first recognize and admit to a conflict addiction that affects (and effectively destroys) their lives and those of the people around them. But at this point in history and human development, we still live in a culture in which most people are addicted to conflict, at least in the über-sanctioned forms of domesticated violence, i.e. sports and similar competitions, which, sadly, provide a cultural context and greenlight for ongoing conflicts of all sizes, as well as for oppression and artificial hierarchies throughout cultures. I have heard it said, once or twice, that sports are a healthy and necessary component to our society, allowing citizens to release and channel their tensions through a sanctioned arena in which all violence is contained (save for the occasional fist fight, bar fight, stabbing, trophy riot, and looting stampede). Reflecting on that, one might also say, in another light, God help anyone who fucks with sports.

ANNOUNCE  ::  Got hella reads comin up this month plus, starting tomorrow (Sat Sept 10) at a book party for Ingrid Keir and her new poetrychild, The Choreography of Nests. What a title! That at Octopus Literary Salon in downtown Oakland.  ***  Then in Davis, CA on Thursday the 15th at John Natsoulas Gallery. Thanks to Andy O. Jones for having such a fab middle initial (and for booking me there).  ***  Then on Sat Sept 24, featuring for the first time ever at Saturday Night Special, the most fabulicious open mic in the East Bay PERIOD. Anybody who doesn’t know what that reading is should probably just stay home. Okay, anybody in the SF Bay Area…  ***  Leading a workshop on Oct 1 at OnTwoSix, which you might wanna check out if yr in the area…  ***  Then look for me at Lit Crawl in mid-Oct, and hold on to your sacred shoes for November, when things will really start to get weird…

ANNOUNCE  ::  Pleased/thrilled/jubilant to have my longish narrative poem “Bootism” printed in the pages of the just-out The Careless Embrace of the Boneshaker from Great Weather for Media. Also very much looking forward to embarking on the annual Great Weather West Coast tour in mid-November – deets and more on that soon on the Events page.

POETEA UPDATE  ::  Had to cancel Poetea this month as I couldn’t get three participants who could do the date. It was Labor Day weekend, so I’m not too surprised. But also the way I like to invite folks restricts a bit, maybe a bit too much this time. The idea is to have three writers over for tea once a month, and to have folks who don’t know each other super well. Since a lot of folks do know each other, that’s the biggest challenge. So I’m going to try a new tack for the next few, which will be to ask folks to let me know which months they might be free and interested to join in an invigorating conversation for a few hours (with snacks) on the first Sunday of each month. I’ll start by sending a note to everyone who’d been unable to make one so far, then I’ll open it to any writer in the area who’d like to come sometime. In fact if you do see this here and are interested, drop me an email or a note on Facebook. Just be sure to indicate a few months (remember: first Sundays in the afternoon), and I’ll get back to you.

REFLECT  ::  I’ve been writing for a couple years about the East Bay literary scene and how amazing it has been – and continues to be, for certain, though I’ve been noticing a bit of factionalization, a bit of drift between the natural formations of scribblers. That can bring a loss of energy to the writing scene and to the lit community in general, and that’s something I’d urge y’all folks in that community to FIGHT AGAINST. It’s like entropy in a system, and I’ve watched it take hold a few times in a few cities and drain the galumph of all it’s oomph. So keep those hands and minds interlinked, inky ones. Queer writers – go listen to some straight people! No shit, some of them are pretty goddamn good. Straight writers – give it back! Queers haven’t been guarding the muse-holes of the earth for millennia for nothing. Women writers – sometimes men actually have something fab to say, maybe even jaw-dropping. Old white guy writers – stop clumping together! Get out to soak in some young folks, and writers of color, and feminist ass-kickers (you might need it). Writers of color – attend to your melanin-challenged sisterbrothers as well, speaking their own beauty and strength and ready to share duties. All – beacon that love to every point, keep that stupid mammalian isolationist tendency in check – share in the water and bread – read and hear writers you know little or nothing about, step out of your comfort zone a few times a month, look for the gorgeousness in every mind, have patience with each other, and give a hand when you can to help the lost folks, the young folks, the misled folks in our small world.

Whatever wails in the streets in an object wailing. A noise. A lump of flesh. Whatever sings is an object singing. An idol. A throat for sale. Whatever loves is a fool waiting to be taken. To be pillaged. An open mine. Whatever thinks is a liability. A target. An upstart, a corn digging in the foot. A cancer. A corn. A fire waiting to be put out. A world for sale is a travesty, an egregious twist of mind designed by diseased men, a sickness that makes everything inanimate, and kills if it needs to achieve just that. It is a sickness. A disease. A failure. And if capitalism is the final state of humanity, then we are a failed species. A dearth. But it doesn’t need to be. A human wailing in the streets might scatter the toxins. A voice singing might lift the pall. A person loving begets a person loving begets a person loving, and they might be a bulwark. An entire species thinking might devise a new way of living that allows as much as possible to flourish. I do not believe we need to live in dearth, to be a dearth.

Just a quick note to say how much I enjoyed the recent production of Erling Wold‘s UKSUS at the Oakland Metro Operahouse. How much exactly? Foaming-at-the-mouth much. Attempting to take my own advice (above), I’ve been trying to break out of my stodgy old patterns and go check out works outside my limited radar. So when new bf Victor Smith says, “Let’s go see this,” I take one look and say, “Absolutely, looks like fun.” Some sort of neo-Futurist opera – maybe? Why not.

So of course it turns out to be so much more than that, because Wold and Company really have their shit together. This well-researched and realized piece reconstructs the lives and unfortunate fates of the OBERIU, a collective of radical Russian Futurist writers, musicians, artists, and performers from the 1920’s and 30’s whose world literally burned and crumbled around them with the advent of the Stalinist regime. Focusing on Daniil Kharms, a central member of the group, it shows their forming, upswing, downfall, and deaths in a mad whirl of glee, and nonsense, and brutality, and fear, and glee – glee above all. All to create the tone of the group as best they can in bringing them back to life before (and above, and around, and amidst) an audience unawares.

And as opera, it fucking rocked (though I imagine that the most traditional of opera-goers might have a different opinion). Because opera is voice, and the voices literally blew us away. In particular Timur Bekbosunov, an LA-based Kazakh-American singer, carried the work as the central figure of Kharms (a.k.a. Pushkin, his preferred nickname) with a massive range of octave and style that shifted piece by piece, song by song, aria by aria. Really though the entire ensemble was vocally gorgeous, though I had a hard time parsing out the words sung by the two stunning sopranos (Laura Bohn and Nikola Printz) at times, which might have been just my untrained (and punk-damaged) ears. Still I found myself drinking up the wild libretto by VADA (Yulia Izmaylova and Felix Strasser) ravenously, and did not with to miss a single drop.

I feel like an idiot being so unaware of Erling Wold, and perhaps many of you reading this are, but in case not, CHECK HIM OUT. I know I’ll be seeing more by him in the future.

And if all of this has whetted your appetite for this awesome piece that may not be performed again (this was the second mounting in as many years), click HERE to watch a full-length recording of the first mounting at Dance Mission Theater San Francisco in March of 2015. In this version, Kharms/Pushkin is played by Erling Wold.

That is all, and of course it is not all.

So here we go again eating butterflies and pretending that we don’t. Whence came the sad illusion that we are separate from life? Scared little bunnies. We drink the blood of wombats as if were weren’t drinking ourselves. And hilarious that self-awareness turns out to be illusion just as well – perhaps the self same one. O delicious sky, soil of the virid delta, give us a reason to forget ourselves, to disappear in the fog with the countless micro-creatures, to suck the sweat of giants from a pool of newborn dew, and see the world without ourselves, not absent, just never having been. 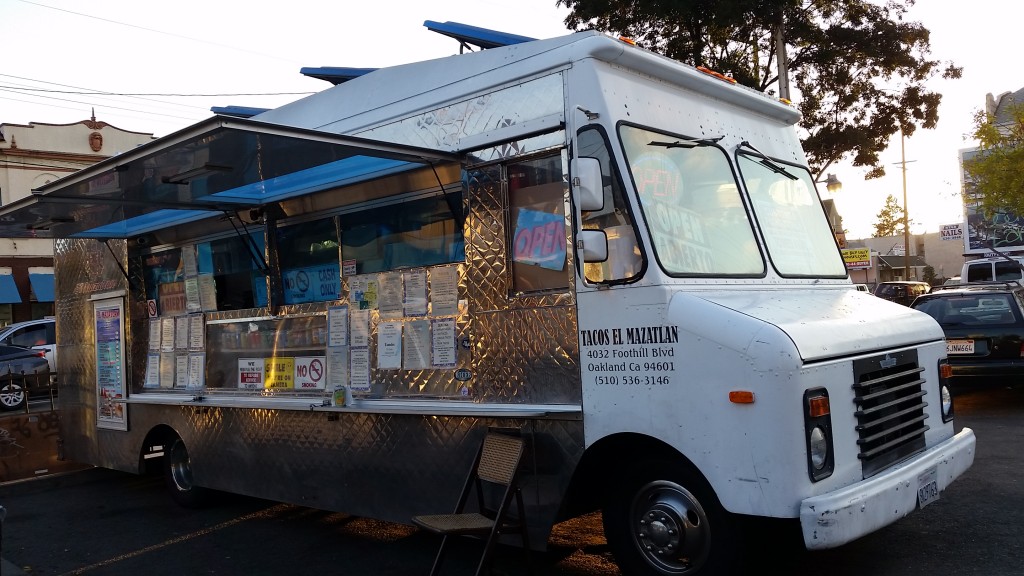