It’s a difficult age for provocateurs. That might seem like a contradiction of what you see in the world around you, so let me explain. I’ve often considered myself to be a provocateur, in that I use my writing to challenge ideas, ideologies, preconceptions, to encourage and allow readers to evaluate their thoughts and thought systems. For me, this constant evaluation and reevaluation of thought and perception is the core and dynamo of the conscious individual, of being a sentient mammal who is awake to experience, circumstance, context, and action. In fact I’d consider this to be one of the most essential functions of writing; it’s certainly one of my main motivations for doing so, as the act itself provides the same engaged evaluation for me in the process. I critique and re-view my thoughts as I write. Okay.

The difficulty lies in the fact that there are so many provocateurs in our culture today, of so many different kinds and for so many different reasons. There’s a whole lot of provoking going on, some of it creating great danger, and an awful lot of noise to get lost in. Amidst this melee, I’d consider myself to be a constructive provocateur (at least I hope I am), since my goal is to give my audience impetus and space to hone their perspectives. I don’t want to force my perspective on anyone. Of course that works best with folks who are prone to that sort of process to begin with, and less with folks who are more rigid, or who don’t want their perspectives messed with (so to speak). But there are also those who might be called deconstructive provocateurs, who are in fact interested in messing with people’s perspectives, some without any sense of how they might rebuild them, and some with a pre-fab perspective ready to replace the old one. This type of provocateur might be analogous to political radicals who want to break down the system and start from scratch. It’s more than analogous, really, since said politicos might well use this sort of provocateuring toward that end. Taking this all a step further, we can identify a third type we might simply call destructive provocateurs, who break down people’s perspectives simply because they like breaking things, because they enjoy discord, perhaps have a conflict addiction, or, more nefariously, they might want to weaken people so to more easily manipulate them. These include the anti-socials, the sociopaths, and the psychopaths, among others. They’re not interested in rebuilding; they just want to bring the system down, whether it be political or conceptual. They’re system-haters, though for many reasons and causes. It’s worth noting that this type of person is often referred to as anarchist, especially by the media, but I believe that to be a vast oversimplification of anarchist thought and programme, and not at all correct – though that is another discussion for another time.

These latter two types of provocateur, the deconstructive and the destructive, I might also in some cases label as brats, which I consider to refer to self-focused individuals who do things, however they might present, without regard to the consequences or effect on others, for their own gain or satisfaction. There are other words for this as well, but I like to settle on “brat”. It’s a general term, yes, often viewed lightly, and it helps as well to address an innate fallacy in this piece of writing, which is that none of this is black and white, and many people fall into more than one category, as if they actually have boundaries, or shift categories depending on the situation, or intention, or mental or emotional state, or time of day, or what they had for breakfast, just as we are different beings every few seconds or less, much more waves than particles. We are, after all, innately fluid, and I mean that word in pretty much every sense. Just because I’ve positioned myself as some sort of ethical superstar in the paradigm doesn’t mean that I actually am in any viable capacity – I’m posed as an example here like everything else, but in practice might be as mutable as anyone, intentionally or not. For that matter, as I’ve suggested, not all provocateurs are brats, not by a long shot, and certainly not at every moment.

That said, allow me to set aside this brief attempt to qualify and unbound this missive, to gray-area it, and for the sake of continuity sum up these social constructs that I’ve been blabbing about with an amusing Venn diagram.

To my mind, a provocateur intrinsically seeks a reaction of some kind. That’s what the word means, after all, from the Latin prōvocāre, to call forth, to challenge. The provocateurs who are not brats (either momentarily or frequently) have more or less altruistic aims or intentions; those who are brats less so or not at all, but they do hope for a response of some sort, however self-oriented that might be. But those brats who think they are provocateurs have no interest in a response or reaction; their challenge is not meant to be answered; they’re simply there to cause damage. They are not my favorite circle in the diagram.

Rather than “provocateurs”, I like to think of the brats in those groups as “provocateurists” (pun intended). They do provoke, and they are provocative, often to great effect and reaction. But to my mind, to be a provocateur is a noble calling, and only those with a noble or constructive aim deserve the appellation. Call me an idealist if you like – you wouldn’t be the first, though I prefer “delusional optimist” – but the truth is, I don’t really believe that we’re a noble species, certainly not at this point, not by far; I equate that quality with the notion of being human, which to me is an excellent goal but nowhere near yet a reality (if indeed it ever will be). Still I prefer to strive for a better species, a better and saner world, and so I still consider being human, or becoming human, as a worthy aspiration. And to me, that means building a world and building culture that benefits all living things, which by the way we really can’t live without, and in relation to which, most certainly, I don’t see people at any theoretical or faux-hierarchical summit. So to the destructives and the unfocused deconstructives, to the brats (which could be any one of us at any moment, myself of course included), I say, Go ahead, break some shit, if that’s your need and nature. If it’s in fact the end and nature of the species to wander starving through rubble, or better yet to self-destruct, then by all means, let’s get there! I’m sure that the Nihilist Anarchists of America (NAA) will jump right in to help. I just happen to be driven toward a different aim, at least most of the time.

As a provocateur, and thinking of provocateurism, I often come back to that old counter-culture maxim, Question Authority. When I was younger, I could never settle on what kind of authority the old hippies and anarchists       were referring to. Did they mean anyone in a position of power? Anyone who knew a lot about a subject, or was supposed to, or seemed to? Established principles and structures in general? And by “question”, did they mean, necessarily, to undermine? It seemed (and confused me) at the time to be all of the above, a spectrum depending on whoever was speaking or acting. Regardless, I thought it was an essential stance, however approached, and I still do. But I also think it’s not enough to question those in power, those who are listened to, the structures that support them. That seems too easy, and frankly just a bit too bratty for me, too kneejerk and not particularly constructive. Rather, and beyond that, I want to know what underlies their actions, what supports those positions, what holds those structures together, and to examine it closely, to decide for myself what’s really going on. Ain’t nobody else can do that for me, or for you, or for anyone. So to that end, I say, “QUESTION IDEOLOGY.” Constantly. Especially your own.

ANNOUNCE  ::  Despite my efforts to pull back a bit on performing, I have few readings coming up this month. Sheesh!  ::  Saturday, October 14 – Babar in Exile comes to Lit Crawl!  For this event, we have gathered a core group of original participants to recreate an open mic from San Francisco’s notorious and ground-breaking Café Babar reading series.  This may be your only chance for eternity to be in a room listening to Bruce Isaacson, QR Hand, Julia Vinograd, David Gollub, Kathleen Wood, David West, Deborah Fruchey, and Steve Arntson, all at the same time! Not to be missed. 8 – 9 pm at Gent’s Barber Shop on 24th Streeet in SF.  ::  Friday, November 3 –New York small press  great weather for MEDIA hits the Bay Area as part of their West Coast tour to celebrate the release of The Other Side of Violet, their new international anthology of poetry, prose, and everything in-between and out-of-bounds. With Jane Ormerod (from NY), Jessica Barksdale Inclán (Oakland), Carol Dorf (Berkeley), Patrick Cahill (SF), Maw Shein Win (El Cerrito), Julian Mithra (Oakland), Jan Steckel (Oakland), and moi (wherever I’m from). 7 – 9 pm at Alley Cat Books on 24th Street in SF.  ::  And finally, Saturday, November 4 – great weather for MEDIA dives into the East Bay as part of their West Coast tour, this time at the fabulous Octopus Literary Salon in Uptown Oakland. I’ll be hosting this one, with readers Jane Ormerod (from NY),  Carol Dorf (Berkeley), Ken Saffran (SF), and Oakland crew Jessica Barksdale Inclán, Julian Mithra, Natasha Dennerstein, and SB Stokes. This should be a DNA-shifting event, so come by and mutate! Deets for all on the Events page.

All for now.  Happy Autumn, have an interesting time with your thoughts, and enjoy something unexpected. 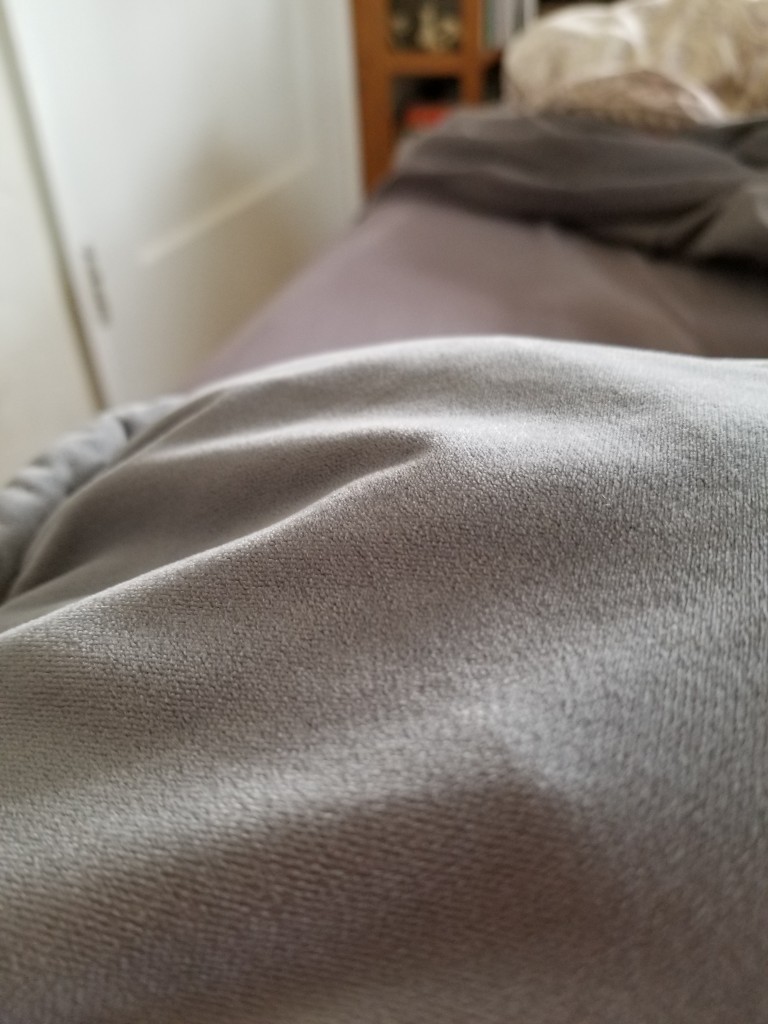