Causing psychological or emotional harm is an act of violence.

Causing intellectual or ideological harm is an act of violence.

Sometimes we refer to these acts as assault. Included in this is of course sexual assault, from clearly unwanted touching to rape, which results in every form of harm at once.

Passively witnessing harm performed on another is an act of violence.

Remaining silent about harm performed on another is an act of violence, both on the original victim and on oneself.

Lying is an act of violence, no less than a punch between the eyes. There’s a reason Dante placed liars in the lowest pit of Hell.

Lying by omission is an act of violence, especially regarding a matter one has agreed to discuss.

There are many forms of lying: lying for gain, lying to avoid punishment, lying to manipulate, lying to oppress, lying for amusement, compulsive lying, among others. These are all acts of violence.

Not listening when the person who is speaking believes you are, particularly when they’re imparting information that they consider to be important, is an act of violence.

Stealing from an individual is an act of violence, especially from one of low or modest means. This can be performed in a number of ways, including taking from one’s person, home or car; bribery, extortion, or swindling; undue or inappropriate taxation; manipulation of one’s beliefs, among others.

Manipulation of another, either physically, psychologically, emotionally, ideologically, economically, culturally, or any other way is an act of violence, especially when done for one’s gain, amusement, or satisfaction. This includes gaslighting, the act of doing or saying things that cause one to question their mental health, i.e. making someone feel like they’re going crazy. Giving one’s honest opinion as to another’s mental health, however, does not necessarily qualify as gaslighting, depending on one’s intent.

Passive manipulation, or being indifferent to the harmful effects of one’s behavior on others, is also an act of violence that happens frequently and in many ways. Common examples include playing electronic media at a volume detrimental to the sleep or peaceful relaxation of others, creating an unsafe or unhealthy environment in a public space, smoking tobacco in crowds or in a room with others, etc. Like most violences, the list of passive manipulations goes on and on.

Harassment of any sort is an act of violence, be it sexual, racial, cultural, ideological, or any other kind. This includes harassment based on the perpetrator’s learned negative or detrimental preconceptions or behaviors, including bigotry, discrimination, predation, and hate-mongering, among others. It does not matter whether the perpetrator is aware of these preconceptions or behaviors, or of their negative or detrimental effects. These ideologies and their behavioral results have been debilitating and pervasive from the very beginnings of human culture. So get aware.

Silencing is an act of violence, serving to break down dialogue, to alienate, and to hinder, obstruct, and adumbrate social progress and unity. This is true even when used as a response to harassment; though it may make the object of harassment feel safer, it does little or nothing to stem the source, or stop them from perpetuating it in other circles. This also brings with it the danger of accusing or branding someone without inquiry, potentially another form of violence or a response to violence with violence, regardless of the intent or reasons for the actions of the harasser. It is often seen as a means to make the perpetrator of harassment aware of their actions and predilections, but without dialogue the likelihood of such a result is greatly diminished. There are of course perpetrators of any act of violence who cannot be reached with or engaged in dialogue, or caused to be more self-aware, in which case other means must of necessity be used to address their actions.

Likewise, assumption or presumption without inquiry is an act of violence. We simply cannot know another’s thoughts or the roots of their behavior without examining or asking them, however reliable or unreliable their answers might be. We also must do so in order to keep our own learned harmful preconceptions, our negative social programming, if you will, in check. Without doing so increases the possibility of enacting the violences of profiling, stereotyping, and discrimination of all sorts. All people are both objects and enactors of assumption and presumption on a daily basis, which makes this a tendency on which to keep a close, close eye.

Oppression of any sort is an act of violence: racial, socio-economic, political, emotional or psychological, cultural, age-focused, sex-, gender- or preference-focused, physical, health and wellbeing-focused, this list goes on and on.

Imposing or forcing an ideology on another is an act of violence.

Imposing or reinforcing an artificial social hierarchy is an act of violence.

Attempts to dominate others are acts of violence. Threatening and bullying are key starter actions in this category, and are perpetuated practically as a social norm from childhood onward. These acts and practices, especially in individuals, often lead to a conflict addiction, literally the inherent need for conflict in one’s life. Conflict addiction, as other types, spreads very easily to groups and even nations, leading among other things to ongoing conflicts and wars. Unfortunately, conflict addiction is easily perpetuated by wanton individuals and groups through social and ideological manipulation and programming. Conflict addiction should be recognized and treated aggressively, perhaps using some of the methods that have proven effective in treating other forms of addiction.

The system of organized sports, insofar as it provides both context and subtext for artificial hierarchies, enables and exacerbates conflict addiction, and supports and reinforces a culture of domination, is a deep and endemic act of violence.

Similarly, the practice of Capitalism is a broad and endemic act of violence, along with being a hand on the puppet strings of organized sport, which encourages and enacts the same violences as that, along with pretty much any other violence you can think of, especially those listed herein.

Passive aggression is also a commonly seen act of violence, but whatever.

These and many others are acts of violence.

And each of us enacts some violence every day, that is the natural order, and all we can do is hope to stay.

REFLECT  ::  Well, it’s been a hell of a year, emphasis on hell. My sense is that’s it’s been so for many Americans, and perhaps globally, given the whole late-capitalist-mass-psychosis-crumbling-of-civilization thing. For my part, it’s been a year of deaths, near-deaths, and betrayal. My dad died in January, after a protracted battle with Parkinson’s, and my Aunt Bobbi, his sister, who was one of my creative mentors and very close, died in July. My mom had an emergency double-bypass in April to save her life, and my brother went off his dialysis in August and ended up in ICU for ten days, barely making it, and needing, among other things, emergency brain surgery to stop a cerebral hemorrhage. As if that’s not enough, my bf and “partner” of fifteen months turned out to be lying and cheating from mid-summer on, and worse yet pretended that everything was going just fine until November because he didn’t want to look for another place to live. So all in all, an extra-shitty year. Well, they happen. So now, as it comes to an end and I try to get past all this grief and rage at the asshole ex, I find myself cleaning every square inch of my apartment, rearranging some things and straightening others, reclaiming corners and space on bookshelves, and generally exorcising my space of any bad energy that’s leaked in or plopped down over the last year. Hell, I even tried to clean the ratty old carpet that my slumlord will never replace. Will it all do any good? I sure as shit hope so. Have also been writing a few mostly angry poems, a couple of which you can see on the Fresh Words page if this post hasn’t overwhelmed you already, and of course the diatribe that you see above, which was really just a giant steam-blower-offer. It’s not meant to be a succinct list in any way, really just an attempt to compile a mass of observations under a title that’s been in my mind for many years. I welcome comments and additions and anything you wanna say or add to the piece, as I’m sure there are thousands of things missing. And for those who do enjoy these posts, and appreciate the list above, be sure to check back in early January as I start the next year with “The Ten Thousand Nurtures“.

Wishing everyone a lightening end to the year. 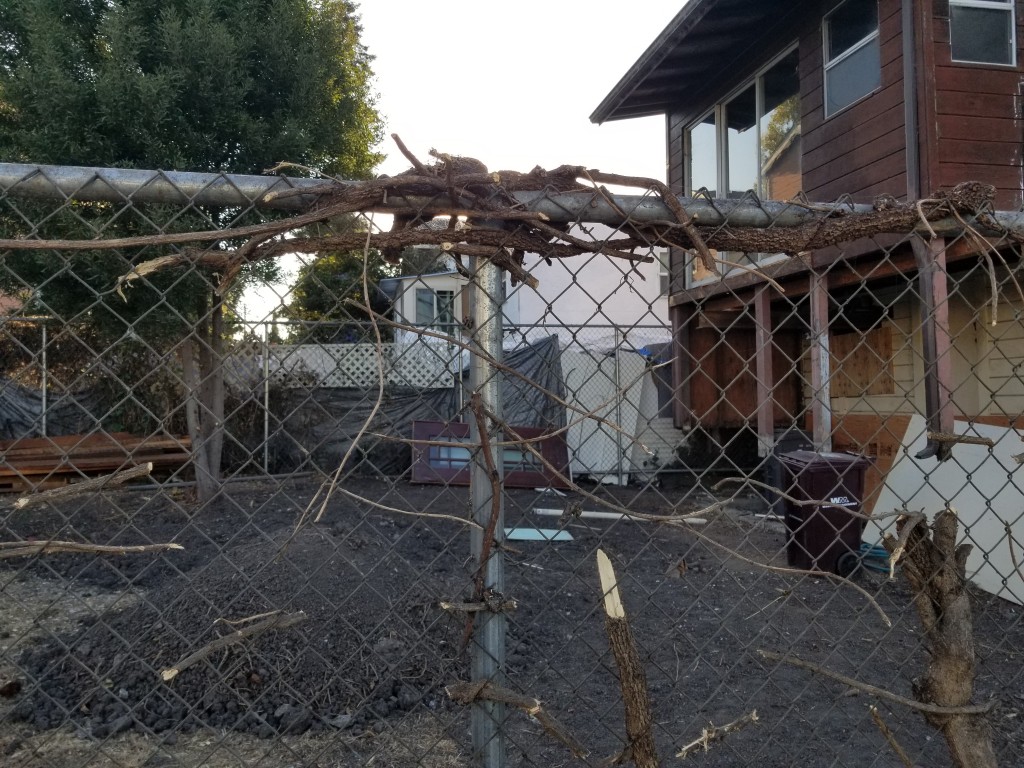