The View from My Apartment

I look out my window at the sad world, and realize that it’s not sad at all. I am. People are. But the world is not. This is something that I learn every day, and forget every day. It’s all part of the story that we tell ourselves over and over in our sleep. It’s the story of how sadness fell in love with the world, and what happened next. Of how all the trees lost their leaves one day, and the world shrugged it off, while sadness spent all winter knitting them scarves. Of how we forget again and again because we aren’t real, we are the dream, we fade. And of who comes along and falls in love with the dream. And what happens next.

ON HOLD  ::  Everything, really. Except anxiety. Though it’s mostly normalcy that’s on hold, in regard to human interactions, at least. Except for those who normally never leave their screens…. As for events of any kind, and the literary ilk in partic, ain’t bein’ in no room with nunayas any time soon. So the few reads I had scheduled in April, first little foray back in a while, are “postponed”, as was the March installment of #we, my series of queer perspectives. My next two events are supposedly in May, the finale of the Babar in Exile series, slated for Sunday, May 17 at Himalayan Flavors, and the next #we, scheduled for Wednesday, May 27 at Pro Arts Gallery, are in limbo. I’ve not listed them on the Events page yet, and am holding off until toward end of April to see how things are going. But if I have one speck of intuition left, one iota of deduction, I’d venture that we won’t see a safe gathering for several months. Coronavirus rules! All that said, we usher in a new age of abnormal events, which def have some pros over the normal. See Zooming below for deets.

I look at my screen and the pixels become needles that slash through my retinas with animate force. Inside my brain they build a new colony of glasslike obelisks in a prismatic maze. I stagger through, daggered and sliced until I find a cold cement corner to rest in. I curl up there shivering until the disorientation settles in and I become comfortable. Now I feel ready for anything. I climb the sleek razors and out from the screen, and look at the world that’s always held danger and salvos and glee, even as primordial seas indifferently bash cliffs to clay, or are they indifferent, are they any different than the hawking legions stampeding their screens with fear of the flesh sharpening them into blades?

UPDATE  ::  I usually love my apartment, and still do. But something about being here alone for weeks on end, and months on the horizon, has me chewing at the walls. Can anyone relate? ::  Things I’m not liking: The moveless mountain of anxiety. Worrying about money, of which I have very little. Worrying that my sociopath landlord will finally get his way and toss me on the street. Waiting to be able to apply for freelancer unemployment “benefits”, which California is taking their sweet time to make available. (It was included in the stimulus/relief bill but the states need to take action on it individually.) Hating bureaucracy (which only exists to employ the overpopulation) more than usual. Hating the government more than usual. Shopping at 7 am with a mask and gloves. Friends counseling me to meditate in order to move the mountain of anxiety. Pining to be with my friends. Pining for touch.  ::  Things I’m liking: Cooking. Parceling out my supplies. Trying to use everything. The economy of it all. Shopping at 7 am with a mask and gloves. Not spending money (which I don’t have anyway). Getting back to stretching and lifting the weights. Going down and up the three flights of stairs in my building for cardio (55 steps, up to seven reps and working toward ten). Getting back to organizing and creative projects (a little, and more once I get some financial “stability”). Reaching out to friends I haven’t talked to in ages. Reaching out to friends I haven’t talked to in weeks. Readings and chat time on Zoom. Trying to turn my head around.

I look at the news and see Capitalism eating itself from the inside, preparing to sacrifice humanity to save its cankered hide. The opening credits of Metropolis roll, as the bunkered wealthy gorged on ecstasy and brie barter slaves’ survival for their roast pork. Armies march down our streets shooting everyone for fun. You learn that there’s no immunity to bullets. The song of power-saws whirring everywhere melds in your dreams with crashing cars and the roar of whole cities on fire. You wake to find you haven’t woken. You sleep hungry and waiting for the tanks to deliver old bread and momentary stimulus. After that you lie back down in the dark, unsure whether your labored breathing is the result of panic or a virus the size of a fat politician sitting on your chest. You grab your phone, see it still has 17%, and wonder if you should reach out to someone. Instead you look at the news.

ZOOMING  ::  Using the Zoom video conferencing app for readings is somewhat a stroke of genius, even thought it’s probably been happening for quite some time. Still its proliferation in this era of isolation is remarkable. I’ve been to two zoomreads so far, and look forward to more. (For those unfamiliar, you can use Zoom on laptop, tablet, or phone. You click on a link, and if you don’t have it, Zoom will ask to install itself on your device. Then the event opens itself, and you click on the little microphone to unmute and the little camera icon to be seen. Otherwise you can still hear everyone.) The first one that I went to is a new series on Monday evenings (7pm PST) organized by Alexandra Naughton, called Escape from Quarantine Reading. I clicked in to the one on March 23, and had a really uplifting time chatting with about a dozen folks, mostly friends, about what we’d been going through, and reading some pieces. Mostly people read light work, as I guess no one was in the mood for heavy. I know I wasn’t. In Grid View, you can see everyone at once, which is kinda cool, though it does sometimes have the effect of feeling like everyone is staring at you. But mostly not. Kudos to Alexandra’s dad (whose name, strangely, is iPad), linking in from Philly, for noting how the whole thing made him feel like he was in the Brady Bunch (referencing the opening credits, of course). And that, of course, suggests the other terrific facet of a zoomread, and the one making it so worthwhile – not the Brady Bunch View, but the fact that people can attend these readings from anywhere. Besides iPad, there were participants from New Jersey, Indiana, and Los Angeles. Which totally rocked. The Saturday after that, in fact, I got to be the out-of-stater at a workshop run by Bruce Isaacson of Zeitgeist Press, which took place (virtually) in Las Vegas. I introduced the folks to the personage and poetry of Julia Vinograd, then listened some pieces they wrote to a prompt I’d submitted prior. There is great poetry EVERYWHERE, people! Zoom in soon to a reading unnear you.

I look in the mirror and see the eyes I’ve always had, same eyes, same size, maybe a little more blurry and bloodshot. But mine, whatever that means. I see my face, whatever that means, maybe the face that others see and maybe not, who can tell. I suspect that the mirror holds my face at every age, and I see them all at once, unable to separate the stony edifice that the flower lady sees, or the one that the checkout guy sees, or all the infinite others. And I see my infinity beyond skin, the spaceless force that lives us all, all at once and endless as the duck’s eye of eternity. Of course we are inside each other, please don’t be afraid, as the rain falls and the roots drink I rejoice from leaf and stem, for we are all wonder, we are all embraced, we are all of every age, into the grave, into the soil, into the flesh, into our ancestors sailing like samaras into the wind, into the solar stream. 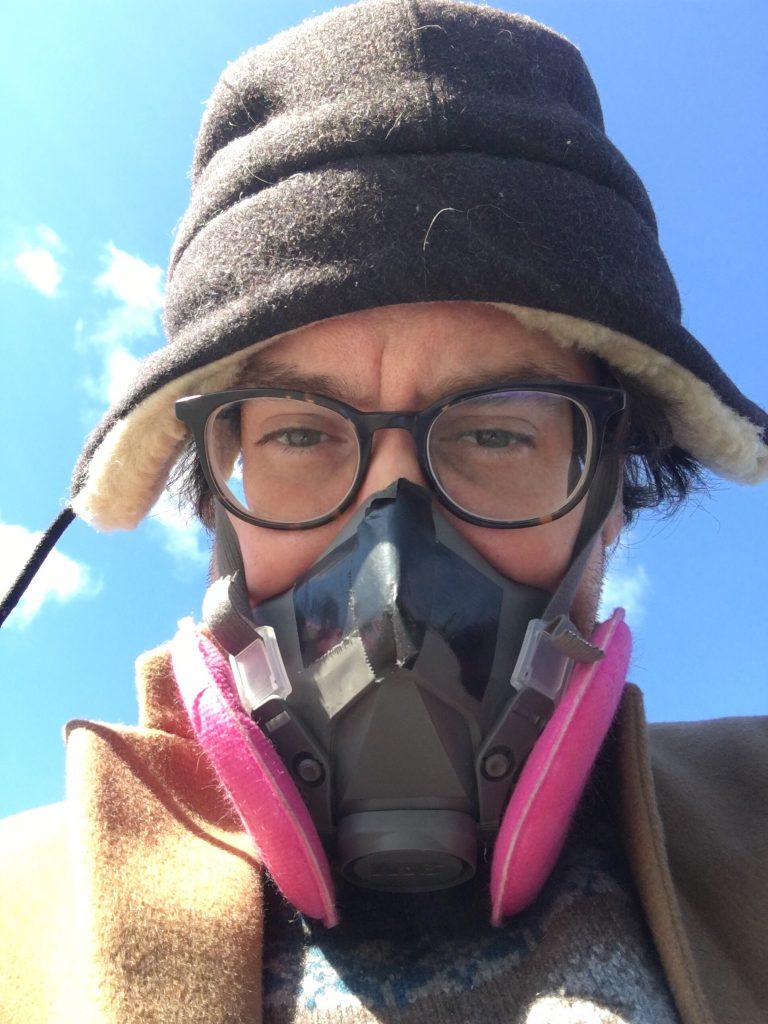