Ahh sweet weather, weather of any sort, sweet sweet sweet lightning crashing down, wind ripping great limbs from trees and chunks from the earth, ice cracking buildings, rain dense as turf, and beating, beating, beating, beating sun. Weather, an ancient word reaching back through Old English, Saxon, Norse, stretching fingers way back to tickle the Indo-European wē-, to blow, leading to wēt-, to blow or spiritually arouse, leading to wet, to weather, to Wotan, to Wednesday, to atmosphere. State of the atmosphere, perhaps the only thing we know outside ourselves, perhaps the only thing outside ourselves, perhaps the only thing at all, a mist of molecules and sound, womb of gods and the mind. So touch, touch the weather, touch the we, the wet flesh, the burning rock, the trace of mist, the tongue, and let it blow, whip around, blow away, hover, whirl again and drench you through.

ANNOUNCE  ::  No announcements this month, no upcoming readings or publications, though I am hosting the first Crow Show for 2016, a.k.a. Season of the Crow, feauring poets Kelly Klein, Corrina Bain, Brennan B Deep DeFrisco, Tureeda Mikell, Annelyse Gelman, and Laura Jew, with musical wonders by the fabulous Lake Lady. That’ll be Friday, January 22, 7 pm at The Octopus Literary Salon in downtown Oakland. I guess that was kind of an announcement.

REFLECT  ::  Attended several awesome poetry happenings in New York over New Year’s, and glad to see The Questionable Apple is still giving people word-fever – how could it not? Was invited to attend and read at a fab NYEve celebration and salon hosted by Josh Furst of Kristiania, an anarcho-literary collective running (somewhat purposefully) below the radar in NYC some five years now. So got to hang with and hear such word-beauties as Josh, Lonely Christopher and his partner Rijard Bergeron, Uche Nduka, Jeremy Tiang, Ben Clague, and Rien Kuntari, among many others, most also met for the first time. This was a serious wellspring of literary and life energy, and I’m so thankful to have been asked, and to be able to start this year on such a much-needed positive note.  Thanks, Josh and Lonely, for having me! Several hours and a little sleep later, was off to the 22nd Annual Alternative New Year’s Day Spoken Word/Performance Extravaganza at the Nuyorican Poets Café in what’s left of Alphabet City in the East Village, where I read for three minutes along with 150 other poets in a nine-hour wordfest marathon. The list of folks there would be endless, but suffice it to say that this event was a banquet of New York voices, the good, the bad, and the wild, a stream of sounds that often surprised, sometimes stirred, and always mutated, just like good ol’ NYC Thanks to Pete Dolack for proffering the reading slot, and to Bruce Weber and Joanne Pagano-Weber, who perform the Herculean task each year of putting this mad show on. Kudos redux, kidz! Finally, took in a great weather for MEDIA special event the day after New Year’s featuring poets George Wallace, Erica Kaufman, John Coletti, and Thurston Moore, and had an evening ranging from the revelatory to the sublime, a wash of gorgeous work. All in all, a three-day triple-knockout lifegiving vroom-vroom feast that filled my veins with the healing hap of the word. Thank you, World!

Ensconced in pub amidst bittering cold South Jersey, the bitter just sweeping in briefly to remind us. To remind. The land a tumble of insects and dioxins, each making the world its own as robins still nest, hamburgers fry, and that ancient tide keeps foaming in. The tide, ever-rolling, ever-listing, never ever the same, miasma of the next world’s spree, hunkered down and churning till the sky flash out and gravity release us all. But why sigh, why wail a forlorn tale when we can still flip on Beyoncé, Gaga, Bowie, the B-52’s, The Clash, The Minutemen, The Royal Crown Revue, and dance, dance, dance the next world in. Spin your shimmy, shake your ass, fling your arms out wide, and maybe, maybe flip some sense into the truly danceless masses of our mechanized race. Yes, the capital freakshows have their discos, their high-walled orgiastic desecrations of culture and of self, but they are stone cold cinders of the species and will be the first to crumble when the shit goes down. Meanwhile we all know, we who burn with the sight of new leaves, we know the spine of the yeah, the yeah of blood and nerve and the happied hapless happening of shoo, shooby-shocka-mama-shaama-shoo, the she and he and we and bree and vi-va-vi-vo-voo that makes us live and live again, that makes me you.

REFLECT  ::  My dad is in his eighth or ninth year of Parkinson’s, and I’ve been going back East more frequently to help the folks deal with caregiving and the effects of the disease, six weeks total in the last four months. Dad had a downturn last summer, before which for several years he was frail and slow, could do most things for himself and just took a while. Since July or so, though, he’s needed daily care, help sitting, standing, and walking, along with a variety of other what would normally seem trivial and mundane tasks. There are a lot of things that you could say about the disease, and here’s just one that strikes me: it slows down time. Everything takes longer and longer, as more and more caution is necessary to avoid injury doing certain tasks, and even to simply perform them. Several minutes to walk from room to room. Twenty minutes sometimes to get up from bed. Just as long or longer to get dressed (with help). Very, very slow eating (which he handles just fine). Most of his suffering so far is from the huge anxiety and frustration from the body refusing to do what the brain asks of it. Imagine that, if you’ve never thought of it! He swallows poorly, he falls a lot, and his speech is easily muddled. And this in a man who’s used to being the boss. It’s funny how thoughtlessly sturdy we often feel, just going through our days, but we are small craft in high seas, ladies and gents, flimsy as gossamer, and as miraculously flexible, perhaps, but also always ready to snap. Enjoy your bodies for what they are and do, for as a great man once said, you only live once in a while.

And the ice blows into Brooklyn, into its buildings, what’s left of them, into what’s left of its soul, crystals sail down empty streets, the streets of fervor, the mutable streets now still, still as the stone they’re spit from, still as ice. And the blow brings bricks to their knees, shakes long-kilned glass, cracks the cornerstones of Hobble and of Nil, the ancient arenas of Commerce and of Kill, the long-spilt oil of the long-frilled fillies of the dawn of all good life. Brooklyn in the dawn – not the day’s dawn but the first-seen dawn, bubbling away with fructus and with root, charged with breath and new eyes and the fleet-winged claw. And what we see is how we be it, dawning for millennia a brute-jawed bloom until we break on Brooklyn once again, through the ice-struck crust of the carrion cult, through the thaw, through the floors of the churches and the factories, through the moneykeepers vaults, through all hearts knotted against the blow, through the pain and feign and ludicrous disdain of all things stone, and back into the air again, back into it, back. They can’t keep us down. 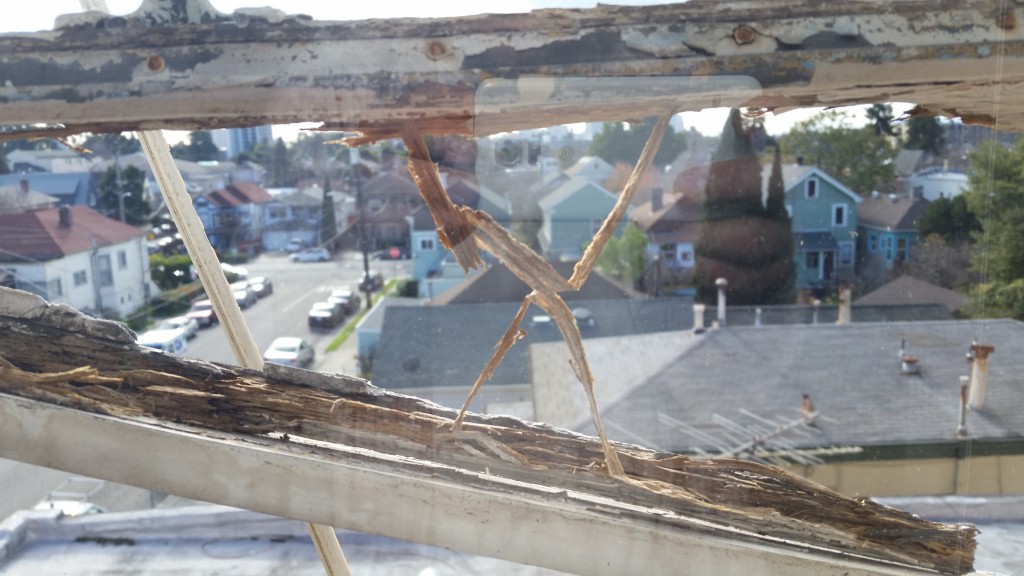 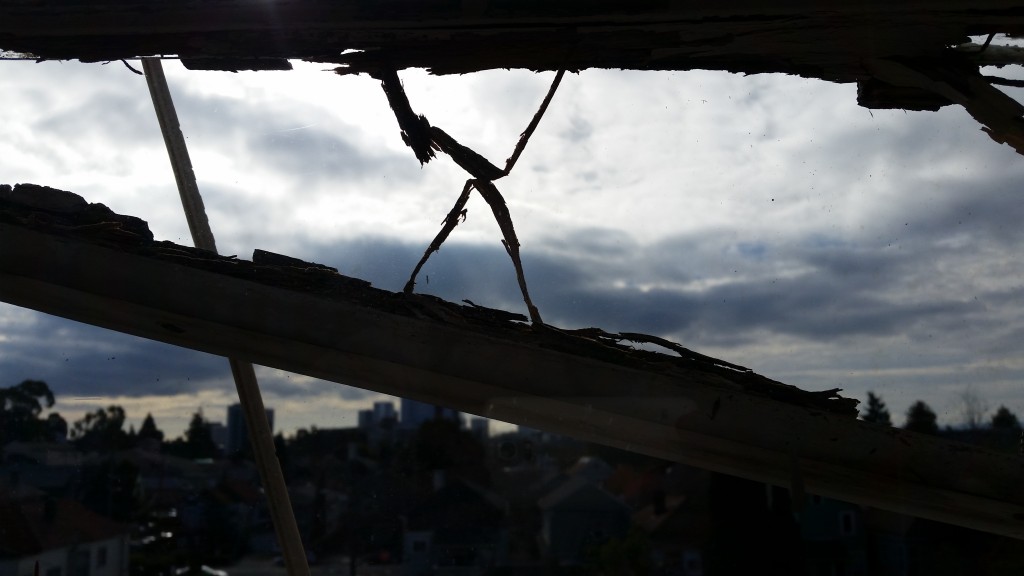