June turned out a lighter month, lifting the muck of May into a clime of clearer air and view.  Sprung by my trip to the Klamath woods at the end of May, vitalized and ramified, I found myself mingling again with humans and creative wiles – especially with those of music and of wood.  Amazing how a tuning in to certain doings can bring you back to elementals when you’ve been amok adrift.  In this case, music captured air and fire, and woodwork returned me to water and the earth.  Such a simple remedy, unless of course you’re in need of it, when it’s most likely to elude.

Good friend Tom Cirillo was down from Portland in the second week of June for the fabulous Berkeley Festival and Exhibition, an annual series of events for Baroque and Early Music.  Tom is the Exec Director for the Portland Baroque Orchestra, so he was doomed to sit through dozens of performances that week (how horrible!  too much beautiful music!  ahhhhh!).  To relieve his aural wretchedness, I accompanied him to a recital by Voices of Music, who proceeded to alter my DNA with a bath of tone and harmony.  The concert, which included a total of five concertos by Corelli, J.S. Bach (2), and Vivaldi (2), and the “Gloria” by Handel, brought alive these seasoned pieces as if they’d just sprung from the mind.  I honestly felt washed, poured over and through by sweet and intricate sounds that pulled me out of the static of my life and into a new breeze.  I sat for most of two hours with eyes closed, grinning obscenely, swaying and softly cooing.  Wonder they didn’t boot me out.  I doubt this description really pays any true homage to the sound, and it’s also worth mentioning that VOM has been recording a great number of their performances with state of the art digital equipment – in other words, they sound amazing – so I invite you to check it out for yourself here.  Thank you so much, Tom (and yes, I know it wasn’t really painful).

This fired me to get to work on a project that I’d been putting off for quite some time, namely to build a new set of free-standing shelves for my kitchen.  They’re for a corner that’s just a bit too small for store-bought shelves, so I’d decided sometime last year to design and build my own.  I’m an amateur carpenter at best, but on a few occasions in the past few years, and off and on before, I’ve taken a lot of pleasure in working with wood.  It both grounds me in earthness and stretches my geometric and process-brain — most stimulating and relaxing at the same time.  A couple years ago I concocted my first largeish wood project by designing a day-bed for my office, eight feet long with room for a sleeping mat and pillows and a standing bookshelf at one end (and lots of storage underneath!).  It was a basic pine project, and after running the sketches by a couple carpenter-friends for critique, I was suprised at how easily it pieced itself together – took me most of a day, once all was cut and laid out, but turned out a great simple functional piece, and a running source of satisfaction.  The shelves proved much more challenging, partly due to the more intricate design (can you hear the chorus of chuckling carpenters?), and also because I chose to use three types of wood: pine, birch, and oak.  The hardwoods turned out to be much, well, harder than I expected, and I hit obstacle after obstacle, drawing the build-process out to a couple of weeks.  Part of it was a lack of proper tools, and eventually I shelled out for a strong electric drill and circular saw, each of which had their own learning curve.  All frustrating and fascinating, and ultimately satisfying.  Finally up to speed, it took only two hot days of wrestling, drilling, screwing, fixing, and yes a bit of gluing, and a couple extra hands (thank you, Bryce!) to manifest the humble piece.  And though rustic to some eyes (I’m being kind there), I spent several days just sitting in my kitchen admiring my beautiful shelves, and even wrote a poem about the process, which you can read on the Fresh Words page.  And somehow the project removed a weight (along with the lumber that was sitting in my apartment for a couple months), grounded me (all that sawdust in the blood), and brought me to a sense of flow (all that sweat gone into wood).

May I mention for a moment Hauschka, the German composer whose music has been carrying me through these past few months.  He works with prepared piano and other instruments, sculpting soundscapes that take me into the next world, or perhaps extremely into this one.  I am in no way poised to describe his Satie-like, alluvial pieces, but if you’d like to be swept off by pleasant emotion and thought, check him out.  I’ve been focused on two cd’s, Ferndorf and Foreign Landscapes, though he seems to have put out at least nine.  The former really filled my life this month, with a few songs I can’t get out of mind, particularly “Blue Bicycle” and especialy “Freibad”, which you can hear on his MySpace page.  Sadly, his website, which has tons of interesting media and info, does not yet have a link to buy his work, so you’ll need to go to Amazon or other sites to do so.  Do give him a listen if you could use a little extra beauty.

My month was rounded out by a second woodwork project, this one a restoration of an old and delicate Chinese wooden box.  I can’t say how old as I’ve never found out, but a friend gave it to me twenty years ago or so, and had found it in a dumpster of all places, complete with a thirty-foot rice paper and linen scroll covered in paintings of women in traditional roles.  The scroll itself is astounding, but the box itself has always had a place in my heart, so finely made with notches and a sliding top, 42 cm of slim dark wood.  Parts of the sides had always been slightly split, and someone had repaired it before, somewhat roughly with some sort of tape (!), but recently I’d shipped it across the country with some other items, and it arrived (so common now with our postal decline) broken into pieces.  Five, to be exact, though thankfully all but one sad shard were split along the grain or at a notch.  So I gathered some wood glue and small padded clamps, and spent a few days cleaning and matching, gluing and clamping, then cleaning and placing again, to reconstruct the lovely box.  Didn’t think to photograph the before, but the after turned out nicer than I’d ever seen it.  The pleasure of patience really took hold, and amidst a great deal of busyness (such are our lives), this pieced and glued me together as well.

Finally, went out with fab poet Joie Cook and her endlessly kind mate Dave Picariello to catch a momentous SF show – not just because of the performers, but the place and the circumstance of the show itself.  That is Adobe Bookshop, revered SF pillar of knowing, which has been a core to the creative community here since 1989, and which is sadly, finally, being forced to close by – you guessed it – greedy landlords.  Who gives a shit about art, really?  There are always artists who can pay more – artists who are focused on making money, that is:  The Holy Aesthetic of Late Capitalism.  Anyway — Adobe and her beacon of generousity owner Andrew McKinley have been struggling for years, despite their hardcore focus on local artists (who aren’t exactly rolling in dough), despite even having an excellent alternative gallery space at the back, they’ve been in the muck along with most every other used book emporium in the West.  Joie, Dave, and I are amongst the thousands of San Francisco devotees of the place – I was there the first week they opened, and read there a couple times in the first few months (and many times since) – and we had heard (erroneously) that this would be the final show in the space.  So of course we packed in early and set up tents (well, claimed chairs).  Turned out that it wasn’t the final show – somebody overreacted – and in fact Adobe has a couple more months on the books, and in double fact, there are a group of folks trying to save the place as a cooperative of some sort (you can find them at Adobebookshopcollective@groups.facebook.com), though Andrew will be bowing out of the picture, or so he claims.

And YES, there actually IS some MUSIC in this vignette, because the show, despite its bittersweet tone, featured a couple of rousing acts.  First on was Guts and Buttons, an amorphous group that seems to center around Marie Abe on accordion and Dina Maccabee on violin, and which this eve had a woman playing standup bass, and a fellow with a toybox full of percussion instruments (whoopee!).  Tried to find out more about them, but the crowd was just too dense.  They played close to an hour of their own arrangements of international classical and pop regales, and as mundane as that could be, it was absolutely NOT, and there were several levitations in the room.  I could only locate this one YouTube video, though I’ve heard there are more out there.  They were followed by the Conspiracy of Beards, who performed a sublime set of what director Daryl Henline claimed to be their “greatest hits”.  I’ve mentioned them here before, a 30-member a capella male choir that performs exclusively the songs Leonard Cohen – thus a touch of irony in the notion of their greatest hits, though honestly their arrangements supercede Cohen’s own and become their own creatures, and they are always worth a listen.  And when you’ve got thirty besuited guys crammed into a not-so-large bookstore with a largeish audience, and they are literally singing right over your head and all around you in stupendous harmonies, well I gotta tell ya, that’s the bone-dry real.  They have a YouTube page with recent videos, but you should also look for the scores of others put up by various fans over the years.  They’re a joy to watch and hear.  And don’t be surprised if you see me in some of the older vids, as I sang with them a few years back.

How can one wrap wood and music when they are by nature unwrappable?  They pour us to earth, burst us in flame, and take us away.  They are a pinnacle of matter and transience, the passing musk of the body.  And they are here for us when we need them.  We just need to remember.

And, as usual, this is not a blog. 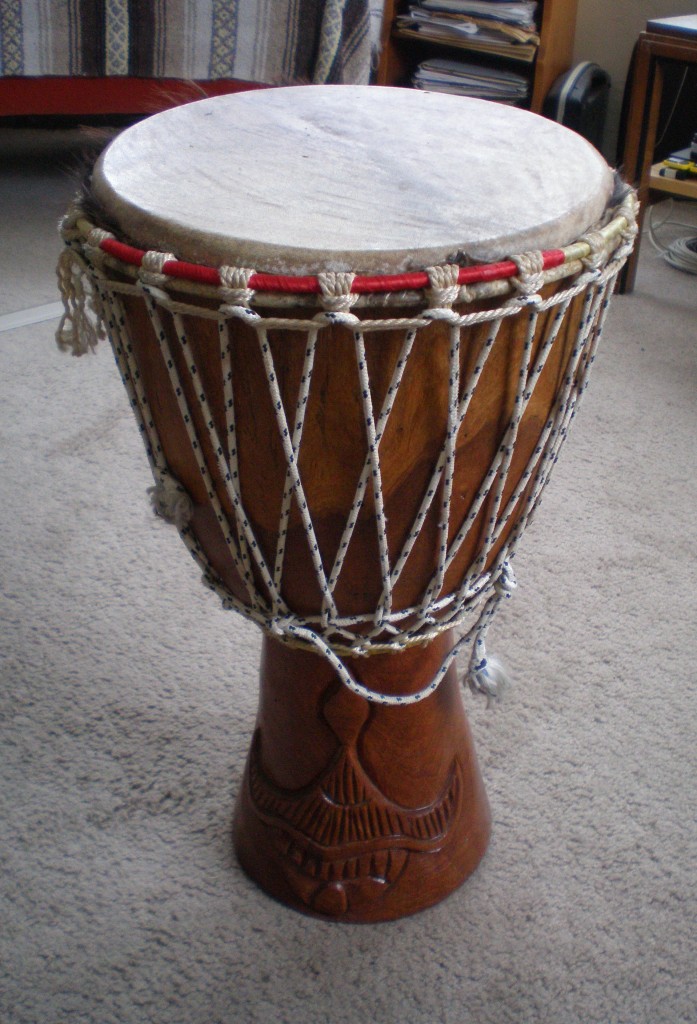