O to drink that sweet Chicago air full of spring and the damp dark soil of glacier; to walk the streets of pavement and brick, of churches and storefronts sprouting everywhere, of glass and chrome and trees with urging buds, dogs and laughter and the hard blue sky and the warm hearts of folks on the move; to see the folk in all their trueness, open and walled, skittering and shuttling from Ukraine and Mexico and Poland and Vietnam and African America and Iran and Crete and the indigenous everywhere moving toward life; to see people bundled and hat-free and grinning and focused and struggling, striving to make the buck, to make the spaghetti, to make the flower arrangement and the music, the street-current blues and the air-swelled jazz, the drums and shakers and the old mouth-harp, people blowing and talking and gesticulating each unlike another, eyes shining in the new bright day, the el rattling behind, with trains and shame and rivers of hope and a lake waiting beyond, shimmering, brooding, sparkling, lapping at the land, waiting as it always waits for the season and the change and the folk to move on.

ANNOUNCE  ::  Can’t wait for this upcoming read, coming up fast (as of this posting):  Babar in Exile, a Paul Corman-Roberts voicefest this Friday. May 8, with Café Babar’s Philosopher King QR Hand, Oakland’s Warrior Princess Cassandra Dallett, and Bicoastal Punk Goddess Jennifer Blowdryer.  All at the brand-spankin’ Octopus Literary Salon in downtown Oakland.  You don’t wanna miss this, and you might wanna bring a personal-use fire extinguisher.  Deets on the Events page.

One experiences time more acutely when one travels.  Or perhaps more profoundly.  At home, or at one’s base, we slide through it, or it through us.  We are aware of past and future; we have our appointments, our duties and deadlines.  But in another place, or moving place to place, our awareness of time is stronger, more physical.  We sense days, minutes, hours for all their worth.  Time becomes a function of the body, of the skin, the mouth, the breath.  It becomes the great mystery, that improbable motion allowing consciousness, or feeding it, or making it.  It becomes us.

REFLECT  ::  Terrif riff round the mid-west last month, and quite a spree it was, tapping six towns in four weeks, with three readings, a super-cool conference, lots of friends old and new, six planes, three layover cities, an Amtrak ride, a Greyhound bus, hundreds of miles in cars, and bonus points for seeing spring, real glad spring, bloom in four states.

REFLECT  ::  First stop: Chicago, where I cheered to tour about with James Finn Garner, one of oldest chums and a spit-funny guy to the core.  (Big thanks again to Jim and wonderful wife Lies for putting me up – and putting up with me – for a whole gosh-darn week.)  We took in the hilarious performance show Paper Machete, where a weekly round of humorists satire all kinds of scandalous current events.  Highlights for me that week: Cicero himself toga-and-all reciting Ted Cruz in classical stentorian style, and a deranged puppet debating the NFL’s non-profit status (which, I’m sure, was key in their recent repudiation).  Also caught the Vodou exhibit at the Field Museum (awesome and intense), and a just-finished kickass new biopic of the life of landmark streetwise scribe Nelson Algren (get them to bring it to your city!).  Add to that a rousing read at the Green Mill‘s one and only Uptown Poetry Slam, hosted by Slampapi Marc Smith and his sparkling protégé J.W. Basilo (thank you again, Mr. Smith), poked also in last month’s post, and let me say again how happy I was to find this three-ring show still full of integrity and breath after all these years, as is the town itself, Chicago, city of breeze and mind.

REFLECT  ::  Then off to CinCinity, or so is named Cincinnati by the oracular Ralph LaCharity, the rivertown’s resident Tiresias.  Was kindly hosted by him and gracious mate Linda LaCharity, and spent much excellent time with Ralph, who toured me all around town (which I became convinced was secretly S. Delaney‘s Bellona, though he claims not), bevisited me to the rocksteady Bill Polak (so glad to see and hear after many unsung years), and graced me with a master class in the Ancient Art.  Did two great reads in Ohio, both arranged by Mssr. LaCharity who more than kindly tolled the bell loudly far and wide for each.  First met a capital crowd at the Columbus Poetry Forum, who rang out an absolutely classic open mic – one for the ages, really.  Thanks to the incisive Steve Abbott for booking me and the awesome Connie Willett Everett for hosting – well met, folks!  Then a rockin’ crowd at Word of Mouth Cincinnati, who packed the house on an off-schedule night and levitated words as well as minds (and a few chairs).  Hosted by Jim Palmarini and Mark Flanigan, to whom I am most grateful for the chance to meet the Cincy scribes, the evening also proffered shiny words by the very same Bill Polak, Norman Finkelstein, and Tyrone Williams among other local luminaries.  What a muddy river, what pounding rain, and what a striving town.  Rock on, CinCinity.

To sit in rain again, and really sit, in sweet padmasana in a muddy field, soaking it in, as the soil soaks more and more and the wind tosses about, spray everywhere and tiny white blossoms darting about, sticking to my face and hair, soaked and soaking and the ground takes it in, soft and viscous, drinks it down and deeper and down and I sink with it, gasping in the spray, knees settling beneath roots of grass, down, mud up my spine and front, cool and softer and comforting, down, past sparking nipples and thumping chest, mouth and nose full of rain then mud, eyes shut against the torrent, down and soft and warmer now and finally in, calm and complete and the earth beats with me, further and warm and welcoming and I let it in and breathe.

REFLECT  ::  The fourth town in my travels included a secret mission, and will remained unnamed.  After that, though, having come through intact, I was off to Ann Arbor, site of my purported undergraduate education for a very interesting weekend.  It was the 40th Reunion of the New England Literature Program (or NELP to the initiated), which, regardless of whatever else happened to me at U. Michigan, was easily the most superlative and mindgrowing experience of my institutional education.  Started in the mid-1970s by Walter Clark and Alan Howes, a pair of visionary, nature-borne professors, it continues to this day sending a small group of students and staff into the New Hampshire woods each spring, without phones, electronics, even watches, to think and read and write in quiet, to live the literature of the region, with a good dose of hiking, camping, playing and mountain climbing on the side.  There’s nothing quite like reading Thoreau in the New England woods, having an Emily Dickinson class in a village square, or talking life and purpose on a mountainside or a loon-shocked dock.  It’s a program that’s had an profound effect on many who have gone, and it was fascinating to sit around with folks discussing the ripples it has caused in our lives.  Madly enough, I even asked their overworked director, trueheart Arik Knuth, if I might teach (and hike, and climb) some year soon, so maybe I will have it fill my veins again.  It’s a super-cool program, and if it sounds of interest or value, check it out, or send them some cash (they always need it), or if it sounds just right and you’d be able, apply and go! 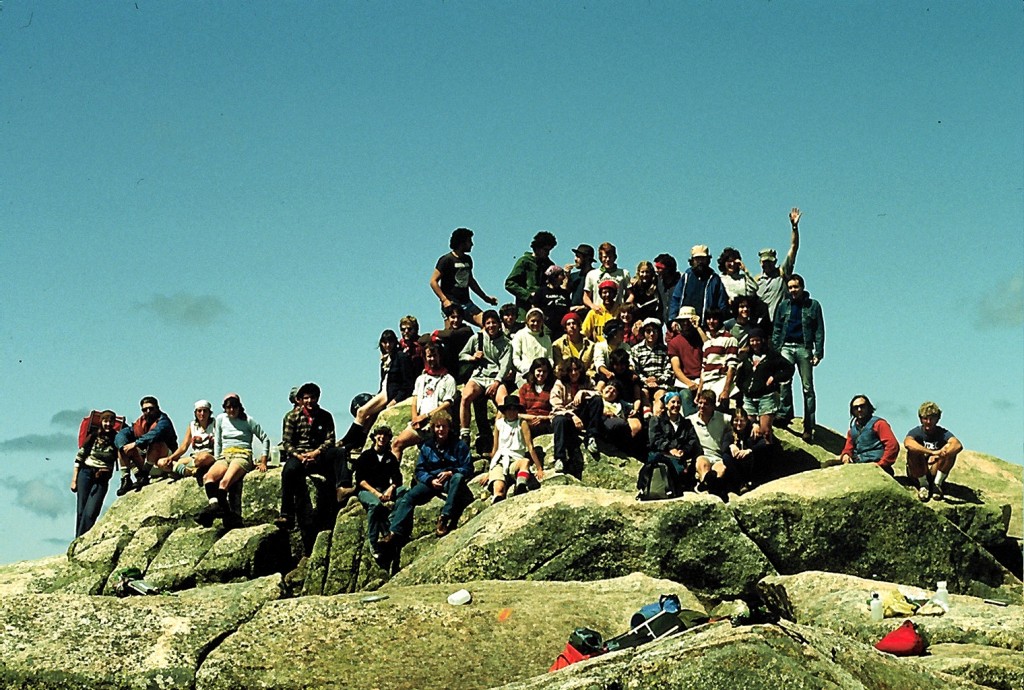 REFLECT  ::  One final stop in quiet old Grand Rapids, Michigan to visit old pals Keith Zahn, horror movie maker and monster protégé, and Janet Zahn, earth maven and fundraising goddess.  So nice to see folks you haven’t seen in years, but can just pick up with as if minutes have passed.  Keith held forth on the nuances of surveying and beekeeping, and Janet gave a nighttime tour of the town itself, which seems to be creatively growing, liberalizing (don’t tell anyone), and doing generally well.  Also an excellent meet with Janet’s partner Mushtaq Ali Al Ansari, who shared insights on physical and spiritual strength building, and let me take part in a wicked early morning exercise class.  (Who am I?)  So sweet to see them all; and as the trip wound down, spring stepped aside, and the penultimate day offered thick snow flurries through the afternoon, to no one’s delight but mine.  The morning I left sported 27° weather, coincidentally the same temp it was when I arrived in Chicago weeks before, leaving me a nice ice bouquet in either hand.

When we dig in America, we find shadows.  The truckstops of America are shadows.  The schools of America are shadows.  The factories and markets, shadows.  Shadows made by depletion of funds, shells of their former, as well as by the shallow conceits of profit-addled minds, as fast food joints and quick-buck spectacle.  But we also find our lives, burning, lunging, spinning in the streets.  Cities full of unrestrained intelligence, millions of lives full of urge and hope and rage and ideas.  Lives moving forward regardless of shadow, some clouded by it, some defiant, some disinterested.  And the shadows can be useful too, because they’re good places to build without being bile-eyed, good places to dwell and reap where the shining mad cannot abide.  And of course there have always been shadows, and always will; they are artifacts of nature, not bad in themselves, and as mammals we have bone-deep strategies for living with them, however malconceived they might be.  The houses and condos of America are shadows.  The tent cities, shadows.  The statues and the town squares and the courts, shadows all.  But we are light, like it or not, making shadows of our own, and that is how the older shadows fade, and that is why we must, we absolutely must take care. 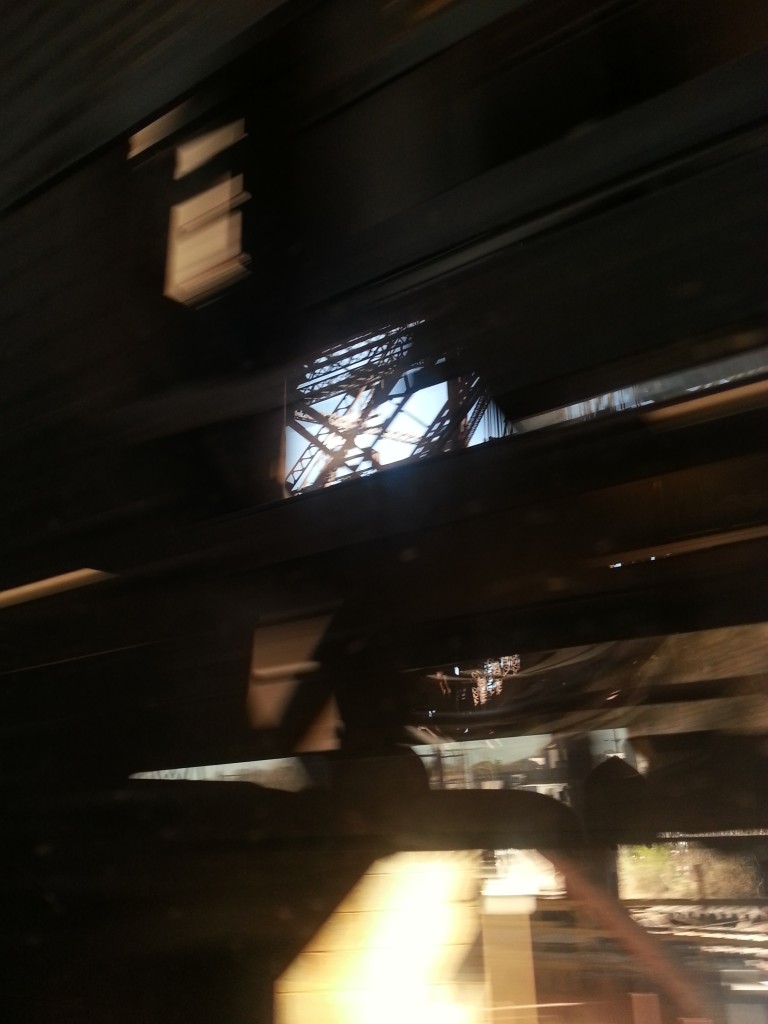