Torn between travel and the quiet mind.  As I prep for a grand looping tour of the Midwest, Chicago which I’ve missed for long, rock of Ohio and the river valley, hello to folks by the sea, then up to Michigan where I grew my sprouts, I yearn for this return to nests of younger days, yet also crave months of quiet time to reap my mind.  A common cud, in some ways, to want the other course, but it is strong this time, the tension tangible.  Something wants to flow out of me with the rockbed patience of a river, yet for a month I’ll leap, bouncing bug, from spring to spring, from gland to gland, with time and mind for only spurts and sprays.  Sure, I could cancel the tour, but ‘spite all urge that is not the current I’m in, and so the leaks will emerge as leaves rather than trunk or branch.  I guess that’s just one way that new green is born.

ANNOUNCE  ::  As many know (for instance from the post above), I’m traveling about the Midwest this month, and have a few readings along the way.  In Chicago at this posting (just read here at the Uptown Poetry Slam, see below for reflects), and heading in a few days to O-hi-o, state of the spotted salamander, white tailed deer, and tomato juice.  Reading there on April 6 at the Columbus Poetry Forum, where I’ll do two sets in a burlesque bar (yay!).  Then on to Cincinnati, where I’ll be hanging out with the hauntingly fabulous Ralph LaCharity for a few days, and reading at Word of Mouth Cincinnati on April 7.  Let those Buckeyed friends know!

REFLECT  ::  Was at a buncha great and I mean it readings and art things this month – here’re just a few.  Thrilled to feature at the Uptown Poetry Slam at the amazing Green Mill Cocktail Lounge & Jazz Club in Chicago this past Sunday.  Used to go to the Green Mill Slam in the mid-1980’s, when it was the only slam in the world, and haven’t been there in ages.  Really honored to be given a bit of read-time there with co-feature Herbert Beesten in from Germany.  I gotta say,  Marc Smith, slam inventor and impresario extra-special, along with fab co-host J.W. Basilo, has kept this going like a big sweet circus all this time, pretention-free and full o’ madness, and I was proud to see it.  Keep the fire, gentlemen!  Also had a time-and-a-half reading on Friday the 13th (lucky day!) at Crows on the Lam, a Paul Corman-Roberts production in Berkeley, with MK Chavez, Lisa D. Gray, Beachhead with Pagan Neil and Alan Shearer, Sarah Kobrinsky, Gabriel Gusman, and fab musical guest Tiffany Higgins.  I can’t recall being at another reading where more folks approached the mic saying, “Not sure how I’m going to follow that…” – and it was true!  A stunning evening of words and minds all around.  And speaking of P C-R, attended another very cool wordfest also of his production, Identity Crisis at the Stork Club in Oakland, which featured eight superstrong East Bay writers reading each other’s work.  How cool is that?  Add to that tunes from the US Ghostal Service featuring Denz Ray Falcon-Powell Junyor, and we had a night to be incendiored.

There are many ways to inhabit a body.  Despite what the despots of fashion would have us think, we are made beautiful by size, and shape, and shade, and scar, and the shunning of symmetry.  The myth of the ideal has made far too many unhappy with that which they should celebrate:  their sensate flesh burgeoning in air, in life and steam and sweet silk sweat.  Take off your clothes and stand on the roof, let the cool dry breeze caress your legs with their fine bright hairs, your happy genitals, your warming gut and arching nipples, your sweet sure face and stolid scalp.  Take a deep breath and smile.  Then decide what you want, to be exactly who you are.

A couple of years ago, I wrote a review of an unusual and thoroughly enjoyable book by James Finn Garner, Honk Honk, My Darling. It heralded a new genre that was destined to be born from the rubble of the Twentieth Century:  Clown Noir.  Stirring (not shaking) a fine blend of mid-century crime tales and circus fiction, Garner created the world of Top Town, a ghetto for washed up circus folk who eek a living with their big top skills in the fine city of Spaulding.  The story focuses on Rex Koko, a once-famed clown who’s just about hit bottom, and whose luck only gets worse when he unwittingly witnesses a series of very suspicious and acrobatic deaths.  Rex is eventually forced to solve the crimes, using his many grouchy and theatrical talents, before they get pinned on him.  This book tickled me from start to finish, both with its wild world and its skillful and highly amusing patois of noir and circus speak.

So why am I bringing this up again?  Because to my ludicrous delight, Garner has recently published not one but TWO sequels – Double Indignity and The Wet Nose of Danger – and each is better than the last.  I’m going to give you three reasons to dive into this trilogy, assuming you have enough sense of humor to handle it.  And that’s not one reason for each book, but all three for each.  I ain’t foolin’ around here.

Three.  These books contain scenes that you won’t find anywhere else.  Sure, you’ve read books with car chases, but with tiny clown car chases?  Unlikely.  How about a snake charmer with a thing for size 42 feet?  Ever imagined the chaos of a clown bar, where all the clowns are real?  Or a clowndown, a full-on one-on-one competition of circus skills – to the death?  And these are just a glimpse of the cornucopia of strange, and strangely convincing, scenes that run consistently through these tales.

Two.  Koko’s world gets bigger and more detailed with each new book.  One of the things I really liked about Honk Honk My Darling was how vividly the world of Top Town was painted.  But as each story grows, so does Garner’s vision of it; not just that of Top Town and its abundant (and colorful) inhabitants, but as well its environs, the broader scape of Spaulding, and eventually the America and globe in which it plays.  The trilogy is set in the mid-1940’s U.S., amidst the real struggles and issues of the times, and in those struggles dwells the circus subculture in all its bedraggled realism.  But it’s not just a lifestyle culture here, it’s a real, born and bred, oppressed minority culture trying to make due in a non-circus power structure.  Both in it’s own hijinks, and in intercourse with the “townies” and the world at large, the circus culture becomes more hilarious and poignant with every page.

One.  The mysteries and the stories themselves are really very good.  Because ultimately James Finn Garner doesn’t mess around.  Sure, he’s having a spree of things with this bizarre admixture of styles, and the tone ranges from amusing to hilarious (even the grim scenes, however alarming, somehow tickle), but he’s also dirt-familiar with the trappings and tropes of good old fashioned noir, and doesn’t miss a beat when it comes to those.  The who-(or what-)dunnits are many, and twisted, and dark, and should satisfy the cravings of any craven mysteryphile.  At least, as I say, those with a sense of humor – and who says mystery readers don’t have one, or can’t have one about their beloved genre?  I’m sure at least four or five must.  Wait, what’s that snarling crowd pounding at my door?

Forgot there was a countdown, didn’t you?

Oh!  And one more reason: the totally fun language-mash I spoke of never gets old.  Through scene after scene, the rube-plus-flatfoot vibe stays fresh and vibrant, and the recombinations just keep on coming.  Here’s a little taste from The Wet Nose of Danger, in a vignette featuring a fete at a certain slinky senator’s estate.

The first guests started to arrive, drifting onto the lawn like autumn leaves, only infinitely better dressed.  This crowd had more upper crust than pie on a trampoline…. You know that old saying, money will never make you happy?  That’s a lot of elephant wash.  These flatties were having the time of their lives.

And that’s just a whiff of cotton candy in a whole circusful of redolence.  (Yeah, I ain’t as good at this as Garner.)  If you like that taste, you’ll find a bigger serving of it in my original review of Honk Honk My Darling.  And if you get tripped up by any of the language, don’t worry, there’s a glossary at the end of each book.  By the time you finish the trilogy, you’ll be fluent in Clown Noir yourself.

Oh oh!  And one more one more reason: these books give yet more proof of what idiots the publishing industry are.  Despite the fact that James Finn Garner is a much-published author, with three NYTimes bestsellers to his credit, he couldn’t find a publishing house that would touch these tales.  They just couldn’t figure out how to package them – yet they get acclaim after acclaim.  So I say, throw a great big pie in that publishing house face, and buy, buy, buy these books. Buy hundreds of them!  You can get them both as paperbacks and e-books on Garner’s site and, if you must, on Amazon.  You’ll be gum-on-the-shoe glad you did.

Step aside, James Ellroy – the Clown is back in town.

Cover us in green, world – you can’t be quick enough to staunch these mitered blocks with vine and bloom.  This race needs a good growing, a frenzied lawn of oak to uproot cornerstones and topple our petty bricks and pride.  Let spring spring mighty – knock the con men on their asses – let Wall Street be a grove, Washington a jungled pile.  A glorious dream that will be true, and I rest well to know that with each bright bud, with the unfolding of each leaf, the planet brings us closer. 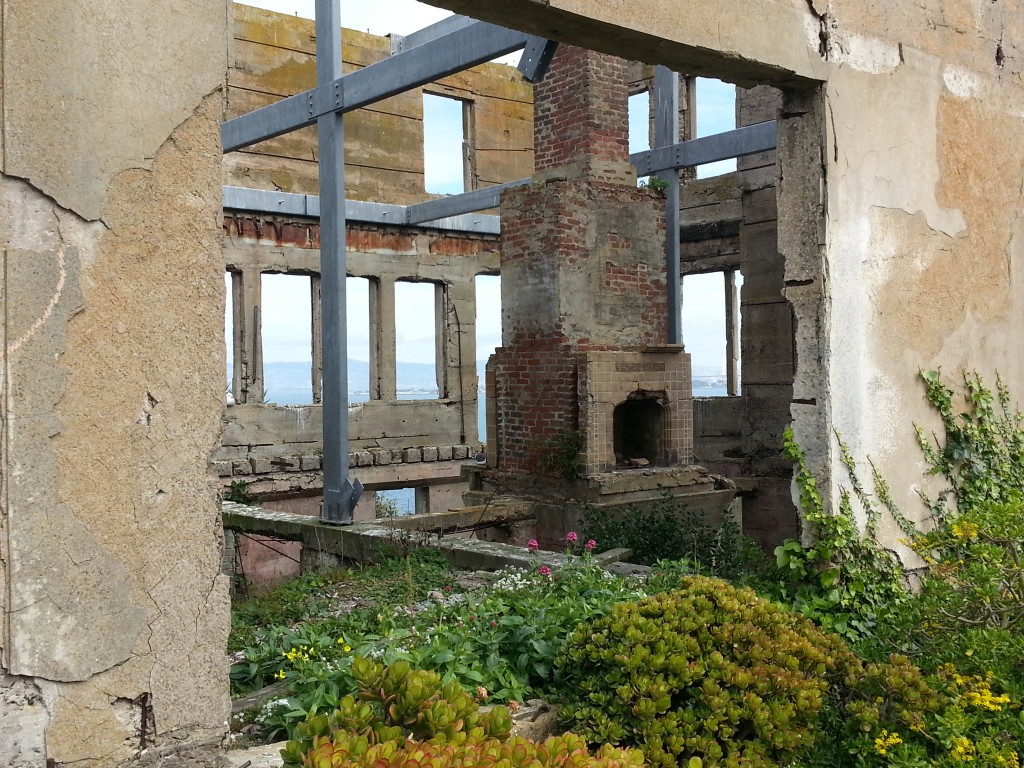