UPCOMING EVENTS  ::  The main event coming up will be a day-long benefit for the Octopus Literary Salon, the East Bay’s taproot for literary culture. The Octopus is being priced out of their rent (surprise), and has a year or less to find a new space and get the heck. They’ve had a GoFundMe page up for a while, but to boost their goal and show them how much the writers and musicians of the Bay Area appreciate them, we’re organizing Octopus Day, and hoping to have 100 poets and more than a dozen music acts from 10am till 10pm on Sunday, July 21. So mark the date, and keep an eye open for an online signup list coming in June. And even if you don’t feel like reading, or we run out of space on the list (I wouldn’t be surprised), come by anyway, listen to some fine words and sounds, bring a $20 bill, and SUPPORT! Deets coming on the Events page.

One tribe builds a wall, another breaks it down. What does each enact? We meld and scatter, meld and scatter, pulsing like the fiber of a quickening frond. Is it enough to skyward flail? Is it enough to fail and rise? We touch, we dive, we fright and strive, all afore the lightning of the nerves. Driven like cattle or thrown like a stream, we wend our way through canyons of the breathing mind, and there’s that pulse, there’s that pulse, there’s that pulse that brings us to the brink. Teetering there and veering here, we build and smash, build and smash according to our humours or the air. We come together for a moment, a fire, a song, then run off into our wilderness. Where are we going, where do we go, do we know forward from backward from time, when do we falter, when do we know, and whence comes this sense of becoming? 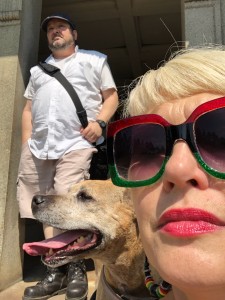 RIP Rosie Dallett, finest canine to ever chase deer and pretty much every moving thing in the Berkeley Hills. She and her mom Cassandra Dallett have been my walking companions for the last couple of years. The three of us pictured here in Mountain View Cemetery, one of our favorite romps. Now you gonna get that squirrel, Rosie!

To balance that, my snake plant, grown now to a wild four feet tall, gave an unexpected stalk of flowers this month just dripping with snake plant nectar. Go Snake!

She stands on a cliff at the dawn of the 20th Century, believing, believing with all her heart that the world will be a better place by the century’s end. The cliff looks over a city, a growing city pumping with industry and fire and pulsing with flesh and the new sounds of man. She is of two minds in her cotton print sleeves, in a breeze warmed by the steam and smoke of the town. One mind would have her watch the city grow vast, unencumbered and rampant on the plain till the eye could see no end to it. The other mind would have her wrap the city in vines, letting them feed on the waste and flesh until they became the horizon themselves. Which would it be, man or vines, vines or man? She shivers a moment as the January wind slices through the balm, then turns and wanders from the cliff until the polis is out of sight entirely, out of sound and out of thought. She sits down in the tall dry grass, stretches out, and takes an unexpected nap.

REFLECT  ::  I remain fairly reclusive, staying close to home and close to mind, not going to many readings, not accepting any for a while, focused on my writing and my place on the planet. And it is doing some good, though I plan to bide a time more. Last week I finished a chapbook of ecstatic odes to everyday things that’s been gestating for a few years – longer, really, since the first of the series leaked out in 2010 or so. Have started sending that out and I hope somebody likes it, cause I sure do. Have a few more mss’s lined up to complete as well, a little project that’s been way too long in the offing. Not much else to say – walking and exercising and trying to get my blood sugar down. Went to a few events this past week to see what’s up both outside and inside me, and to promote the third #we, which happened a couple nights ago, with amazingly generous life-sharing (and some inspiring poetry) by Leah Gardner and Elaine Brown a.k.a. Poet E Spoken. Going to a dance performance tonight, if I can brave the crowds of SF, and have a Poetea tomorrow, but that’ll be about it for a while, and back I go to the scribbling board.

As we all know, this too shall pass. So if you’re planning not to be swatted out of existence, either just yourself, the city you’re in, or the entire solar system, think again. But the good new, the upside is that someone, somewhere, without question is gonna enjoy the hell out of it, is gonna have a blast, as they say, an ecstatic moment, and peak experience if only for an immeasurably brief instant. How do I know this? How do you not know this? 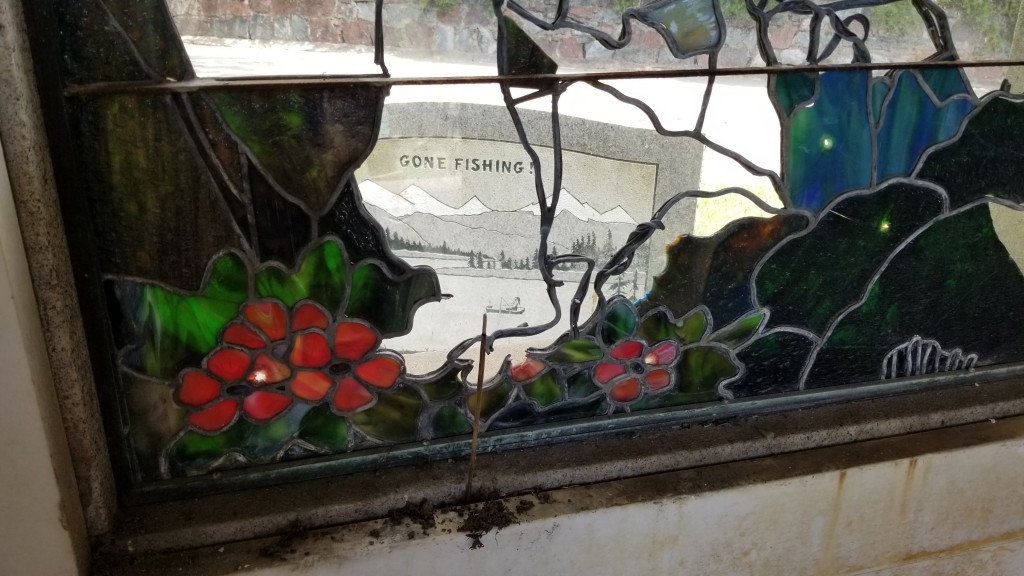