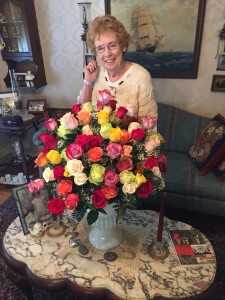 UPCOMING EVENTS  ::  Three events of import this month. First is Octopus Day, a twelve-hour benefit for the Octopus Literary Salon, from 10 am till 10 pm on Sunday, July 21. Produced by moi in the guise of Power Unit 17, the event features 100 poets and 12 music acts. I’m not messing around. This incredible venue and community space will be forced to move within the year due to an enormous rent increase, and in order to make that transition as smoothly as possible, they need some help. The Octopus has given so much to the local literary and music scenes in terms of space to perform, exposure, support, and just plain good will, and now it’s time to show them some thanks. Lot’s more deets on the Events page.  ::  Thrilled to be reading at the second installment of the brand new series Fire Thieves, curated by current SF Poet Laureate Kim Schuck. It’s on Saturday, July 27 at Dog Eared Books Castro in frayed ol’ San Francisco. I’m reading with a stellar group including A’aron Heard, Tommi Avicolli Mecca, Vincent Calvarese, Poet E-Spoken (Elaine C Brown), and Cal Calamia. Excited! This will be one of very few readings for the year from me, so please consider stopping by. Among other things, I’ll read the recent poem “#we“, which was developed last fall for my series of the same name. Again, further deets on the Events page.  ::  Speaking of #we, my talk and reading series of queer perspectives, the fourth installment will take place on Wednesday, July 31, also at the Octopus Literary Salon in solid old Oakland. This one features beautifully experimental non-binary wordsmith Julian Mithra and beyond fabulous poet Marvin R. Hiemstra. If you’re in the area and this sounds of interest, please come by. I promise you an interesting, informative, and inclusive time. As always, deets on the Events page.

BAD PUBLICATION, BAD!  ::  I previously announced that I had a poem being published in a new queer anthology, Stonewall’s Legacy by Local Gems Press on Long Island, which is true. In this post I am strongly urging you to avoid purchasing this, or any other publication by this press, due to their treatment of the writers and their work in the anthology. Not only is this the only press I’ve ever been published by that does not send it’s authors a contributor’s copy, they’re asking us for $20 per if we want any at all. But that’s not the worst of it – they rushed through the production with very little attention to proofing and corrections – they sent us a proofing copy, but seem to have ignored most of the authors’ corrections. My piece, for instance, which I’m very proud of, contains major formatting errors that they couldn’t be bothered to correct, even after I sent them a clear and detailed note, and sent to print regardless. And they’ve responded to complaints from several of us with snarky and indifferent emails (or none at all). Fuck these people. They’re clearly trying to make a buck off of authors who work their asses off.

When we turn away from the sun, it is no longer there. When we step away from a shoe, it is no longer there. When we look away from the sea, nope, not there. What is there when we turn away? Echoes. The fade of a crashing wave. A song drifts into memory. And how do we know they are there to begin with? The crush of time worries us, unravels our sense of solidity. Clinging, we wonder if the plane will tilt again. Yes we do need solid ground, to some extent, we do need lungs and guts, but in the end, everything passes through us, and we through everything. Is that not enough to stake a claim, to feel at home in the world? Can’t we simply know that as things shift before us, somewhere else they stay?

Got myself some cultcha last month by attending several non-literary events.
Fuck the poets. I’m busy.

This event caught my internet eye with the words High Risk Group, a rad queer dance/theater group that I was in for about a year in the late ’80s, and in fact even named. The mention was attached to choreographer Jesselito Bie, who’d started in HRG a couple years after I’d wandered off, and who for a buncha years now has directed Steamroller Dance Company. The pic advertising the piece, though not from the piece itself, of three half-clad men seemingly tussling, was so reminiscent of HRG’s style, which combined modern dance with a broad range of both public and private movement and human action, that I pretty much had no choice but to go see. I was not disappointed. Dead Weight was an 80-minute piece on the theme of exploring one’s own death, starting with Mr. Bie and extending out into the audience and beyond. It featured a blend of dance – some rough hewn, some startlingly beautiful and precise – with both theatrical and personal performance that encouraged interaction and eventually requested participation by the audience members, who at points felt more like witnesses (at least I did). Equally eclectic was the variegated selection of music, including Moby, Henryk Gorecki, Rufus Wainwright, and Andy Kaufman, among others, which served to both disarm and engage the audience/witnesses in various ways. This piece drew us in slowly, carefully, with both humor and gravity, to an examination of our own mortality, a topic which many performances aspire to address and fall flat, but which this group achieved with snap. Good show, Steamrollers!

It’s funny how you can say hello to someone many times without ever asking what they do. Then you do, and you find yourself speaking to a greater person. I had this experience recently with Steve Polta, whom I’d seen frequently at readings with poet Julian Mithra. We always spoke briefly and pleasantly, but I tend to be flighty at readings, and Steve always seemed a bit reserved, at least at those events. A couple of months ago I ran into him at a big reading at the SF Main Library, and during the intermission went up and asked him, “What have you been up to?” Turns out he’s the Director of SF Cinematheque, which I assume ten or twenty thousand people already know, while I’d been living in ignorant bliss. He organizes the annual Crossroads Film Festival at SFMOMA, and said he’d spent the year viewing thousands of short films and that the program was coming together. I do like those moving pictures, so I asked to know more. Ended up going to Program 9 (of 10) in the three-day festival, this one titled “Century Plant in Bloom”. This collection, which ran a little over an hour, featured six films ranging from 6 to 15 minutes, mostly abstract and focused generally on natural rather than cultural or political imagery, though a couple veered more toward the latter. And of course culture is imbued in any perspective, however abstract. Now I’m not a film or art film critic, though I have imbibed a good few feasts worth over the years, so I do have my own approach. But for the most part I prefer to be less a critical viewer and more an ecstatic viewer. Perhaps that’s because I don’t see this type of work frequently, can’t really afford to catch any type of work too frequently, for that matter. So rather than parse what I’m experiencing, I’d rather dive into the sensory pool of various tones and lights and colors and imagery and styles, and let them pull me in, in this case again and again and again. I enjoyed immensely being immersed in desert spaces, and parking lots, and plant growth, and unfamiliar landscapes, and relics of a failed history. Only one film didn’t pull me in, as it pushed some of my anti-capitalist buttons that made me keep my distance, though I’m sure that for some that film was a favorite. And yes, it did throw my intellect into high gear, but also my emotions, and psyche, and even my physicality, and boy did I need it. It was like taking a much needed mental bath, and kudos to Steve for all his efforts in drawing it.

For the past several years I’ve been going to the fabulous annual event Garden of Memory, because I need something to take me completely out of my body every once in a while. This is a stunning show of over 50 musical acts occuring over the course of five hours in the gorgeous and acoustically astounding labyrinth of the Chapel of the Chimes columbarium at the foot of Mountain View Cemetery in Oakland. I always tell people to go, because you never know what you’re going to hear, unless of course you’ve been before, then you know a little of what you might here, but you’ll also hear something you’ve never expected. Guaranteed. It’s the best music event of the summer, perhaps of the entire year. This year, rather than wander through the rivering crowds, I set out to see several of my favorites – I needed some comfort beauty. So I got there early (we got there early, as I was with my frequent Gardening companion Susan Pedrick), and plotted out my course of listening. Rather than try to describe these soundsters, I’ll link them each to vids, so you can click right through to astoundmentation. Caught Rova Saxophone Quartet, Paul Drescher and Joel Davel (unexpectedly, swerved off-course and thank ears for a new listen and wow), Kitka, Sarah Cahill, and Peter Whitehead. Besides levitating ecstatically most of the time, I also was auto-scribbling, and turned out a few nice poemas, some of which have been thoughtfully posted by you-know-who on the Fresh Words page. I’ve written a few posts of Gardens past, some of which include pics and brief vids of my visitations. If yer curious, you can find reflects on them in the July 2018 and July 2015 Home Page posts, generally toward the bottom.

I trust my brain to keep me breathing, and drift off. Where do I go while I’m still here? My tongue pressed lightly against the back of my teeth, I take a walk here and there. Around the corner there’s a lot of air, so that’s good. A big dark dog is out there somewhere, hunkering down. I hunker down in shadow, take the long slow breath of a millennium, then leap on cue into the mid-air ecstasy of prey. 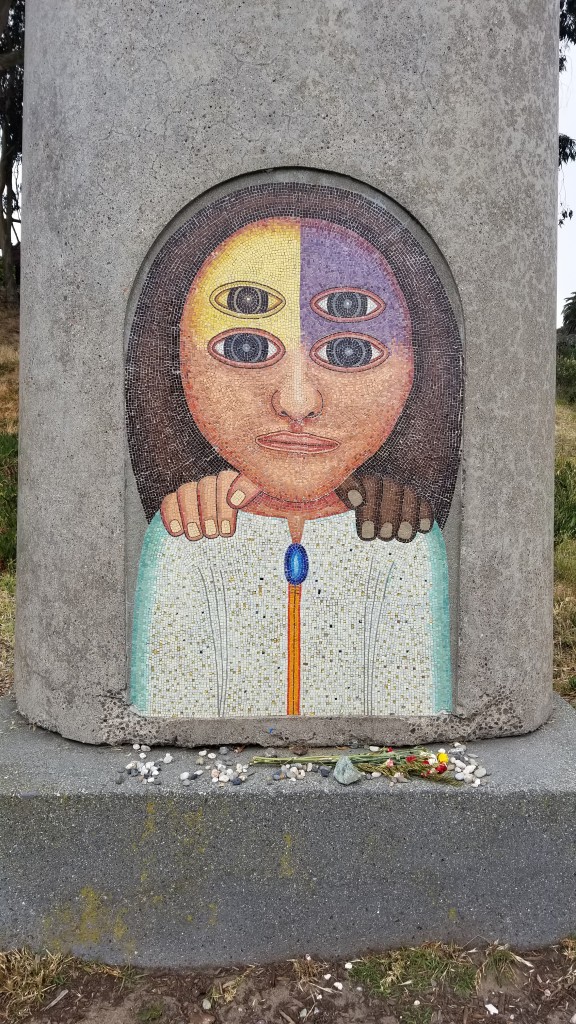