edly the sun turns green and huge and blows up like a giant gas cloud, singeing all of us off the planet like tiny hairs. Well it is a giant gas cloud, so why should that be a surprise? Without warning on your way to a party you trip and fall face-first into mud, leaving you with a bloody broken tooth and a mouthful of grit. You rage at your stupid body when in fact it was a simple act of gravity and happenstance. Not without precedent (though we’d like to think it were), an idiot sociopath comes into power, his ego blows up like a giant gas cloud and, well, the rest is history. Why we don’t see these rhythms is very odd. We think we can, and often do, but less so those which affect us. Then we flail and rail, part of another rhythm.

UR NONCE  ::  VERY excited to be participating in two events as part of the Dada World Fair, which runs from November 1-13 around San Francisco and the Bay Area in general. The festival offers at least 29 events, which you can check out on their calendar page. Note that it scrolls only and there are no links for individual events. First on Tuesday, November 1, I’ll be reading a brand new Dada Manifesto along with (no kidds) Balitronica, Andrei Codrescu, Roger Conover, Gillian Connoly with Dominic Stansberry, Tongo Eisen-Martin, Daphne Gottlieb, Chinaka Hodge, Andrew Joron, Kevin Killian,  John O’Keefe & Leonard Pitt in a duet, a special guest appearance by the Phantom Mariachi, and a benediction by Guillermo Gomez-Pena. I better be fuckin good is all I can say. Then on Tuesday, November 8, yes that’s ELECTION NIGHT, I’ll be performing with Victor Smith at what very well might be the wildest event that I perform at all year (no kidds on that either). As described on the website, it’ll be “a fully enclosed environment that immerses the participant’s senses and short-circuits consensus reality. Dada House exists both inside and outside the maddening spectre of American electoral politics. Three stories of art, sound, and performance are sure to madden and delight the thronging crowds. Featuring performances by Hazy Loper, Kingdom of Not, Peter Whitehead, MOM, Ted Nugget and the Shamboy Pukes, Jenny B Shady Lady, and more tba. Art and non-art works by the Secret Alley, Jesse Roadkill, Chris Love, Mason Jairo Olaya-Smith, Davenzane Hayes, Zach Von Joo, and many to come.” Victor and I are currently listed as “tba”, which will never be the same after this. Here’s the catch: admission is $15-50 sliding scale, with invitations available only at the front counter of City Lights Bookstore. The location is revealed via phone number on invitation. But it runs for four hours (8-midnight), and for $15 it’ll be insanely worth it. Even more deets about both of these on the Events page.

ANNOUNCE  ::  And yes, it’s time again for the annual West Coast great weather for MEDIA tour. Yippee! This year we’re releasing their new anthology, The Careless Embrace of the Boneshaker, which features over 70 new pieces by writers internationally. We kick off in the Bay Area with readings in Oakland on Nov 10 and San Francisco on Nov 11, then shoot down to L.A. for readings at Chevalier Books and Beyond Baroque on the 12th and 13th respectively. Then right up to Seattle for a reading at The Den at Chop Suey on Nov 14 (this is really a whirlwind, kids), and finally to dear old Portland at Another Read Through on the 18th. Then home to lie on the floor and make noises. PLEASE JOIN US IF YOU’RE IN THE AREA, or any of those areas at any rate. We would be most honored. As ushe, you can find details on every read on the Events page.

edly in eye-rolling love, whatever the fuck that is, and more to the point, whatever the fuck it has to do with fucking. More like tripping into warm vast Caribbean sea, to find yourself berid of clothes and past and worry, drifting and writing with a mammal in rut. With pounding chest. And beyond, the future opens up like a thousand gorgeous islands, pinpoint clear, like busy kitchens with soft towels and thrumming pots of stew and fresh everythings, like new rooms waiting for desks and couches and books and bowls of flowers, like windows opening on prospects of hills unexplored, full of paths opening and disappearing to leaf beds and underbrush worlds and hidden bowers, shifting month by month toward the next season, opening again and again to a glimpse of distant, beckoning peaks. Thank you for that, Victor.

Natasha Dennerstein is a watcher, or so her poetry in Triptych Caliform would have us believe, an observer of minute detail that we can’t help but crowd in to see. Her second collection takes us into the heart of California through several windows: the movies, the kink, and its land and people. In each we are drawn in to filmbytes, portraits, vignettes that leave us feeling alternately like a theaterhopper, a people watcher, a voyeur, and sometimes all at once.

Film buffs will wriggle with delight in the first section, “Cinema”, with twenty-five glimpses at Hollywood through the decades. Some deftly encapsulate specific films and genres. We see “secretaries turn wild, toss their curtains of hair and look up, seductive,/ under fringes of lashes” (“Noir”), and are unable to avert our gaze as “Elizabeth Taylor shines the spotlight of her 1000/ watt sexuality onto various, hapless men, dripping her/ ripe, peach juices from barroom to motel to penthouse” (“BUtterfield 8”). Peppered throughout we get glimpses of the people who shape and are shaped by the industry as well, as in “Peroxide Hitchcock Ice Queen”: “Who was she, that starlet pinup that/ used to be me? She looks like my granddaughter.” Each page a different screen, each page a different drama or tragedy, recreated in language and tone and fleeting images, like movie trailers with real human viscera. I’d love to see another whole book of these.

In the second section “Kink”, we a treated to very much that. Dennerstein brings us into the realm of the voyeur with vivid and often elegant enactments of sexual fetishes. In these scenarios, the speaker takes an active role and leaves us lurking in the shadows. I don’t want to give too much away, because these fifteen pieces are really quite fun, whether they take you to places with which you’re familiar or ones you’re just hankering to see, but dig this electric language as the speaker in “High Arches” demands, “Give that foot/ a good tongue bath, boy, nibble and suck it,/ get your tongue right in that toe-cleavage,/ that’s a good slave.” And there are gorgeous moments of language as well, as when the bondage sub requests, “Winch me up by ratcheted degrees,/ suspend me in the eye of the room––dust motes dancing in a ray of sun––/ a side of beef, slowly revolving in your power” (“Rope”). Do you like to watch?

The final section, “California”, broadens out the portraits a bit with cityscapes, quirky individuals, and details unique to this part of the planet that make the text both more expansive and focused. We move from sharp glimpses of a sidewalk flower lady and semi-delusional spiritualists to a sudden moment of humans in nature as

Sun sets slowly over Venice Beach,
sugar-coating every body with a toffee light:
outdoor weight-lifters; the ghosts of The Doors;
the tie-dyed, fringe-flipping,
bong-smoking, barefoot
hippies of the seventies…  (“August, Venice, California”)

But for all her clarity, Dennerstein also leaves us moments of mystery and intimacy, even at the end. The last poem in the book “The House on the Hill”, begins thus:

Same waves lapping at the Seal Rocks’ feet are
the same waves eddying Alcatraz, Pacific,
same waves heart-beating systole/diastole
as the same waves of the blood of beating hearts.

Wow. I’ll save what that one’s really about for you to read.

What struck me as I wound down with that final piece was how sharply it juxtaposed to a poem in the first part, “Love Me; I’m Fake”, which proclaims, “This is California, motherfuckers:/ appearance is everything and/ good lighting the Higher Power.” This book might begin with appearances, as so much in our culture, but it lifts veils, lifts skirts, lifts fog, and peers into windows, leaving you in a world of its specific vision, but also one which you see all around you every day.

ed boiling tar rains from the sky if you don’t vote in this election.
And maybe if you do.

REFLECT  ::  As usual there’ve been gigillions of fantastic events, literary and otherwise, over the past six weeks since I’ve last posted. That’s way way too many to mention. But I will just briefly say what a beautiful time I had at the last Poetea, my monthly tea and discussion for four writers, which kicked off October energetically with The Haight-Ashbury Literary Journal’s César Love, San Francisco Writing Institute’s Yvonne Campbell, The Scribbler’s Kayla Sussell, and special guest The Entire Universe’s Jennifer Blowdryer. Thank you all soooo much for stopping by to continue this very interesting series of discussions and literary interconnects. Yous alls rock.  ***  Had a super fun time performing a new, well, performance piece titled “Life by the Teeth” (at least in this version) at the Flight Deck Gallery on First Friday in October, where I was given free reign to take out my partials and rant lisping for fifteen minutes or so about monsters, human machines, teeth, and Late Capitalism, followed by a long session of doing auguries for the audience members by throwing either my teeth (meaning yes my real teeth that have been pulled or fallen out, about a dozen or so at least, see pic below), or a jar of old keys. Thanks so much to Harriet Poznansky and Rohan DaCosta for asking me to perform at Attached to Machines, their show of paintings and photos.  ***  Finally, I made the extremely smart choice to attend a piano recital of works by Mozart, Shubert, and Chopin performed by Steve Arntson, poet and pianist extraordinaire, at the Northbrae Community Church in Berkeley. It’s rare that Steve does a concert, and oh so worth it, at least if you want to leave your body for a while and drift in melodic bliss. Never miss a chance to hear him play, especially at length.

COMMENTS ON THE ABOVE PASSAGE ARE COMPLETELY WELCOMED, BUT DO NOT RE-POST OR PUBLISH WITHOUT PERMISSION.

ing the grass to sing leaves you stunned when it does. Stunned and singing. A symphony drifting through a long green door in a field at which laps the sea of animal misery. Your breakfast chair breaks beneath you, leaving you with another task in your day. Your street tilts to a steep upward slope, unleashing a cascade of skateboarders howling and soaring. You turn down a road you never use and meet your next friend. The evening breeze comes in with a scent of rose and a tumult, crunching, cracking, crashing, cries, and through it all that singing, ringing on with chime after chime you’ve never heard before, you’ve never imagined to be so fine. How can you not turn the corner? 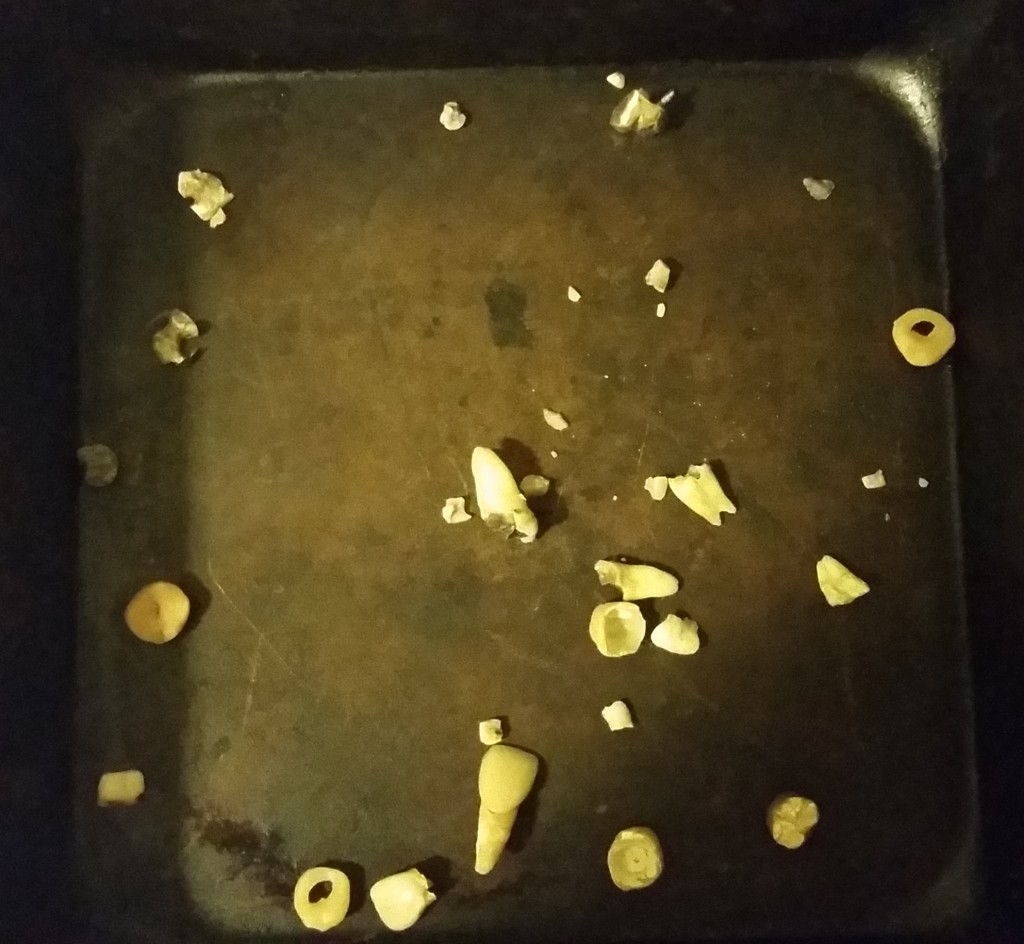