I take myself to task, and find a tisane in the tin shack mine.  The method to divine adumbra of the swale’s lost path is simply one of sniffing rasped grass.  We are never truly lost until we find ourselves bereft of cause – no green, under air, dry as dirty docks.  And even then the thirst might eek us out, the rancid grain slake need for friction so the loose shoot may flail.  May tendril on.  We soar on tin lid sleds and take the dawn.  And in the meantime, watching from our table the adept bright rain, we take to task, wrap hands around sweet steam.

ANNOUNCE  ::  Three readings coming up this month, and I promise they’ll all be very different.  On June 8, I’ll be the feature at Poetry Express, the East Bay’s weekly wordstravagana at Priya Indian Cuisine.  I’m planning to read a good chunk of my novella in progress, Hotel of Seven Graves.  So come by and settle in for a good story (and some delicious Indian foods).  On June 20, I’ll be reading with a fine buncha local poets outside my neighborhood video store on Piedmont Ave, as part of the Piedmont Art Stroll.  EVEN BETTER, there’ll be a show of my text art (a.k.a. blinklists) hanging in the store.  So stop on down for the art stroll, some yummy refreshments, and some good old hearing and seeing.  At this one I plan to read whatever I damn well feel like (read: greatest hits), be it twenty minutes or twenty years old.  Finally, on June 22, I’ll be performing a piece from my new series to the music of Hauschka, at an art opening in Richmond.  Also on stage, several other fine poets and a splendid rock music performance.  You can find details on all of these (and more) on my Events page.

ANNOUNCE  ::  Poetry Unbound, the new reading series hosted by Clive Matson, Karla Brundage, and myself, kicked off on June 2 with high-spirited wordglee.  A large and happy audience received plenteous verbations from John Rowe, Ingrid Keir, and Tomas Moniz, along with a gunshot open mic.  We were are very enheartened by the prolific turnout, and even more by the level of appreciation shown by all.  We hope to repeat that level of life-enhancement on the first Sunday of each month, starting with a second reading on July 7, starring Berkeley poet and activist John Curl, Irish poet and memoirist Eanlai Cronin, and San Francisco poetry purveyor and writer of reflective witness Clara Hsu.  Look for details on the Poetry Unbound page, in the menu of this site below Events.

REFLECT  ::  Had the honor of reading the last day of May at one of the final events for the original Adobe Bookshop, San Francisco’s most community-centered bibliopolis.  A hub of word and peoplephilia since 1989, Adobe’s being tossed to the wind by greedy landlords (much like the rest of that once-fair city), and though they’ve found a new space on 24th Street (hray!), many of us sadly leave this pulpy womb behind.  I first read there in July of 1989, and have on numerous occasions since, and the space is as sacred to me as it has been to many.  I suspect the new inhabitants will have to deal with frequent ectoplasmic outcroppings and other shamanistic occurrences.  Joining in the spree were poets Marina Lazzara, Micah Ballard, Jennifer Barone, Rod Roland, and Sunnylyn Thibodeaux.  All read splendidly, and Jennifer and Marina in particular spun my top that fine feathered eve.  Adobe on 16th should be open for a few more weeks, with several events, so head on down and deposit some ectoplasm while there’s still time.

After the bricks are scattered, we have many choices.  We can try to put them back in place, piece by broken piece.  We can kick them around in the dust.  We can wander through the rubble greeting each other.  But whatever we choose, come Tuesday it will still rain with sudden force, you will leave the stew too long on the stove, that small bird with one white wing will fly into your house.  And yet we still go around greeting each other, as if the next breath might hold a perfect mix of rose and rosemary, or a music you’ve never heard that lights up your entire brain.  Why?  Because it could.

REVIEW  ::  I was once again graced with the gift of good theater this month by friend, confidante, and all around super-hero (not to mention stunningly talented development associate who’s been jobhunting for far too long) Susan Pedrick (hire her).  Amidst her quest for a position befitting her skills, she’s been doing subscription sales for American Conservatory Theater here in SF, perhaps the only perk of which is the requirement to see every production, with a plus one.  So Susan has kindly plus-one’d me for several shows this past year, and the two in May actually towered above the rest.  Thank you, dear Susan!

First we went to check out Black Watch in the drill court of the San Francisco Armory, which, despite great lauds (or perhaps because of them), I approached a bit warily.  You see, this pieces is hailed as a mixed-media multi-genre performance extravaganza, and having seen a lot of work in this field (and even having done some), from that of George Coates, Contraband, and Richard Foreman all the way down to good old bootstrapping in-the-dirt performance art, I always withhold expectation until I see the product.  But all for naught, turns out, as the lauds were valid.  Writer Gregory Burke and director John Tiffany have put together a remarkable semi-narrative piece that incorporates video projections, song, parade marches, costumery, bagpipes, and pyrotechnics to draw all our focus to the experience of the humans in front of us.  The piece depicts the exploits of a company of young men in the Black Watch, a centuries old regiment of Scottish soldiers who’ve most recently found themselves deployed to Camp Dogwood near Baghdad in Iraq.  I call it semi-narrative because, though it does recount the tales of soldiers who were there, both through transcripts of recent interviews and dramatic reenactments of the scenarios described, in the end it’s not so much a story-centered piece, nor theme-centered, nor character-centered, but an experience-centric piece of theater.  Sure, the stories are there, harrowing, bonding, visceral, and the characters are solid (these actors are really kicking some ass here, are really clear-cut and present), and the themes unavoidable – the value of patriotism, the questionable value of war, the pent-up denial and frustration that the soldiers bring home.  If I had trouble with anything, it was the odd depiction of death – not the fact of it, just the way it was done, which seemed to be trying to impart the unreality of seeing one’s mates killed, but may have pushed a little too far in that direction.  That aside, and that’s a very little aside, I found Black Watch, like many, to be a powerful orchestration of vingettes, narrations, choreographies, rituals, melees, music, and introspections that conveys, historically and currently, the feel, the experience of being Black Watch, of being a Scottish soldier.  Kudos, fellas.

So when Susan offered to take me later in the month to see Tom Stoppard‘s Arcadia, I wasn’t expecting to be swept away a second time – and I was wrong.  Arcadia is Stoppard’s lengthy if bemused meditation on mathematics and poetry, heat and entropy, attraction and consequence.  With a running time of almost three hours, I can certainly see taking pause before striding in, knowing how long three hours can be in theater time.  Sporting just a single setting, a reading room in an English country estate, and plotlines from two time periods, early 19th Century and present day, you can easily imagine a long, long afternoon of exposition and cajolement.  And yet I have never, never had three hours pass more quickly in a theater. Somehow Stoppard manages to weave his language, elegant and eloquent as ever, several intricate narratives – a thirteen-year-old girl who invents fractile math and chaos theory a hundred and fifty years before its time, a literary scholar who is convinced that Byron committed murder on the spot, the confused and overmannered attempts of the Romantic residents to connect with each other, and the blind strivings of the Moderns to understand what had happened there – and characters ranging from foppish to imbued, somehow Stoppard manages to weave this all into a kind of capricious dance, a hypnotic river of intrigue and discovery, decorum and connivance, revelation and loss that took me through the time and left me wanting more.  Susan was less taken with this one than I, feeling less of a connection I think with all the science and hypotheses, Romantic poetry and theory, all of which I happen to adore, and which left her to be more easily tripped up by the frequent dissertations and convolutions, and (have to be honest here) the strugglings of an understudy with a constant stream of bafflingly difficult dialogue.  But for my part, though I’ve only seen a handful of ACT pieces to date, I have to say that this is the first masterful production I’ve seen by Carey Perloff, their Artistic Director, and I hope to see more of this caliber soon.  For the moment, I find myself sitting here waiting for the sequel.  Mr. Stoppard, get thee scribing.

Soothing the ragged mind is perhaps the hardest task.  I wait for you on the street corner, gazing anxious one way then the next.  Why won’t you come?  Perhaps you already have.  Perhaps it was years ago.  Perhaps I needn’t wait.  I take a long draught of water.  I close my eyes.  I inhale slow, hold, let it out.  I descend my spine. I find a field, great green, vast.  There’s that rosemary.  Those tin lid sleds.  There’s a window under eaves and pine, that table, that tisane, and you, where you’ve always been.  I smile, turn toward the mountains, start to walk. 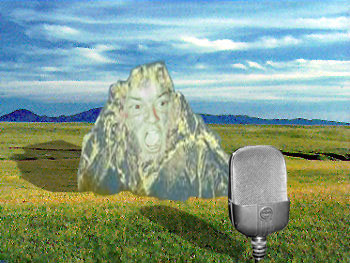